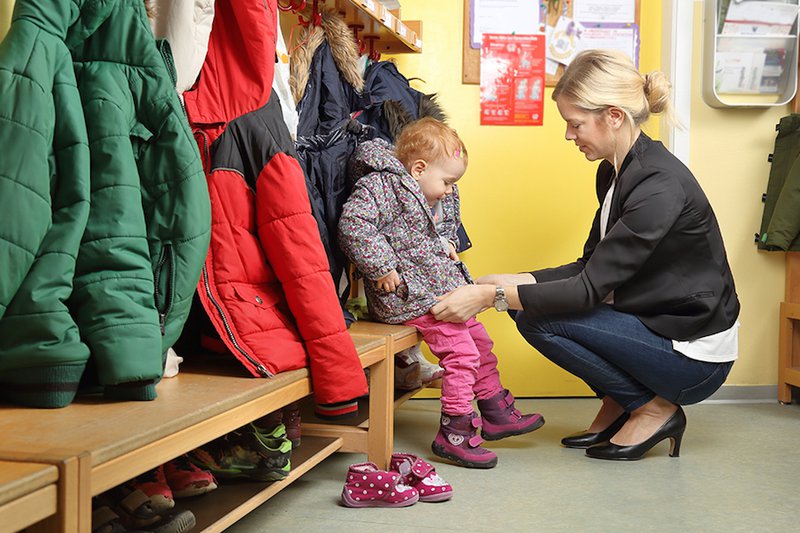 In early July, more than 1,500 school leaders and policy experts gathered near Washington, D.C. for the annual conference of the National Association of Elementary School Principals (NAESP) to delve into topics including school turnaround, parent engagement, the impacts of ESSA, and, notably, what it means to be the leader of a PreK-3rd grade learning community.

Until fairly recently little attention had been paid to the preparation and development of principals to be leaders for pre-K, kindergarten, and the early grades of elementary school. As NAESP has pointed out, principals do much of their learning on the job. This is odd since principals are the second most important factor behind teachers when it comes to ensuring high-quality PreK-3rd instruction, as Kristie Kauerz, director of the National P-3 Center at the University of Washington, pointed out during one of the many conference sessions focused on the important role principals play in this area.

While the conference sessions dedicated to the PreK-3rd continuum varied in their specific focus, two themes emerged: 1) the importance of ensuring smooth transitions for children into kindergarten and 2) the need for a shift in mindset among principals and other school leaders in what the term “elementary school” truly means.

Kauerz discussed the two different cultures at play when it comes to elementary schools and early education programs that serve children in their first few years of life due to differences among educators in preparation pathways and academic expectations for students. Because of these differences, children and families often fail to experience a smooth transition between the first few years of their child’s education and entry into the formal elementary school system. This is problematic since some research has found that transition activities from pre-K to kindergarten can lessen student and family stress while increasing the likelihood of positive academic outcomes by the end of kindergarten.

Part of the difficulty of ensuring an easy transition lies in the fact that children enter kindergarten after having spent their early years in a wide variety of settings. A kindergarten class in a typical school could be made up of students who spent the previous year in one or more of the following settings: on-site pre-K program, Head Start, private child care center, state-funded pre-K delivered by a community provider, home-based child care, and care provided by a babysitter or family member.

At a conference session that included Michael Abel, Laura Bornfreund, and Ruby Takanishi, Bornfreund highlighted a series of briefs based on focus groups with elementary school principals and child care center directors, including a brief focused on transitions. Connecting Pre-K and the Early Grades discusses how principals and external pre-K providers connect. The focus groups revealed that many principals do communicate with early education providers, but these efforts tend to be informal, one-off interactions rather than communication that is part of a strategic plan to ensure a smooth, thoughtful transition.

Michael Abel of the McCormick Center for Early Childhood Leadership highlighted the results of a recent survey of 550 elementary school principals (and NAESP members) in 49 states and DC. The survey found that 65 percent of principals reported participating in some type of kindergarten transition planning with feeder programs and 72 percent reported having some form of communication with these programs. But depth matters, and while it is encouraging that a majority of the principals surveyed engage in some sort of transition planning with pre-K feeder programs, we’re still a long way from most principals having and taking the time to do the hard work of aligning content and instructional strategies across pre-K and kindergarten. And, because this particular survey was limited to NAESP members, it might be more indicative of the work the organization has done to make this a priority for principals. (Full Disclosure: New America partnered with the McCormick Center and NAESP on this survey and we’ll write more about in a future post. It does have some really interesting findings.)

Repeatedly emphasized throughout the conference was the need for a shift towards an understanding that a principal’s responsibility for children begins before they even enter the schoolhouse for their first day of kindergarten. This new approach was illustrated in a session led by the Buffett Early Childhood Institute. Christine Maxwell, Director of Program Development at the Institute, shared the story of the work taking place in Omaha, Nebraska.

Thanks to a tax levy that brings in about $2.5 million a year, 12 schools in the Omaha region have instituted a comprehensive program of birth-3rd grade interventions thanks to assistance from the Buffett Institute. The three-year program includes home visits for children from birth to age 3, followed by high-quality pre-K for three- and four-year-olds, and culminating in a smooth transition to kindergarten. The participating elementary schools are each staffed with a preK-3rd grade family facilitator whose main job is to help children and families successfully transition from the home visiting program into a high-quality pre-K program, followed by a successful transition into kindergarten. Maxwell pointed out that school leaders can begin this shift towards a birth-3rd grade focus even if they’re not lucky enough to have extra funds by making some simple adjustments, such as ensuring that there are activities for all ages of kids at Family Nights or by encouraging the creation of playgroups for young kids.

The need for rethinking the scope of the elementary school in a more systemic way was echoed by Ruby Takanishi, author of the forthcoming book First Things First!: Creating the New American Primary School. Takanishi argued that new scientific advances illustrating the critical nature of the first five years of life means it’s no longer acceptable to wait until age six or seven to begin formal education. (New America will be hosting an event about Takanishi’s new book on September 8. Details to come soon.)

While there’s still a long way to go in making pre-K and the early grades a top priority for school leaders, the fact that there was such robust and extensive discussion (that was well attended) of the PreK-3rd grade continuum at the NAESP conference is promising. Over the next couple of years, New America will continue to write on the important role of elementary school principals as well as directors of early childhood programs not located within public schools. Stay tuned.