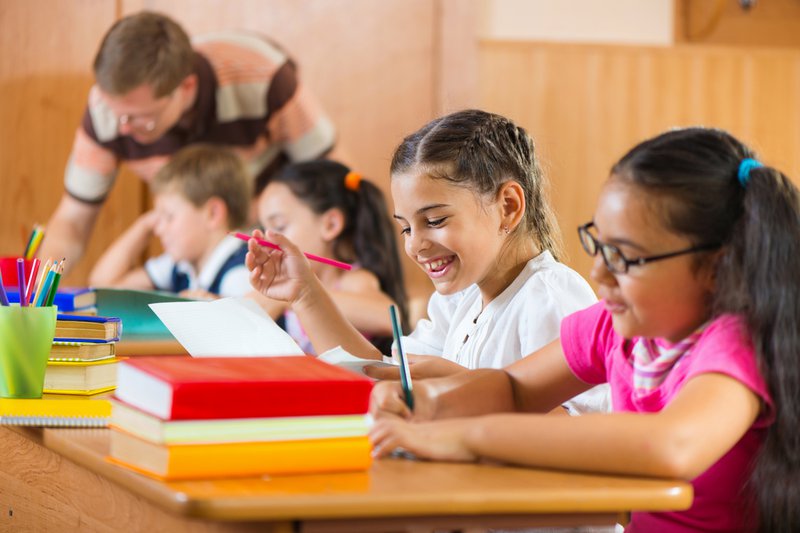 Karen Beeman is an education consultant whose speciality is biliteracy and bilingual education. As a professional developer, Karen works at the national level providing training for teachers and principals and she also collaborates with the Illinois Resource Center.  A simultaneous bilingual born and raised in Mexico City, Karen is co-author, along with Cheryl Urow, of Teaching for Biliteracy: Strengthening Bridges between Languages, and co-founder of the Center for Teaching for Biliteracy, www.teachingforbiliteracy.com.

Q: What are the benefits of dual immersion programs for dual language learners?

Well, it’s not only about holding onto their home language and culture which is obviously important, but it gives students metacognitive flexibility — which is why we have so many native English-speaking students on waiting lists for really good dual immersion programs. Our brains get wired differently when we’re bilingual. We have so much research that supports the fact that being bilingual is always better than being monolingual. There’s just no question about it.

For DLLs, dual immersion is the program that closes the achievement gap and that research has been proven over and over and over again and I see it in the local data of the districts I work with. So academically, that’s obviously a very important reason why these programs are particularly beneficial for DLLs.

But then the other area that I would add is this area of intercultural competence — [the notion that] who you are as a cultural being directly impacts academic achievement. I see it with one-way developmental programs as well as two-way. It’s much more obvious in two-way because you have two sets of language groups, if you will, working together being integrated and the more integration the better. So they learn about different perspectives. What some of the districts I work with say, is we used to have language in our school that referred to students as “those are the Spanish kids and we’re the English kids.” And now with their two-way program they all call each other bilingual. They don’t distinguish anymore between home language and there’s a much more cohesive sense of unity and togetherness. And that’s what a good dual immersion program will do.

I also believe that one way bilingual programs — where all the students are DLLs — are beneficial in the [development of] intercultural competence because students are able to learn about their language and their culture and how it impacts who they are. And the more students see themselves as visible and reflected in the curriculum and the materials and in the types of learning they do, the better they do in school. Now those programs have to work a little bit more at making sure that those particular kids are integrated with monolingual English-speaking kids.

Q: What must be in place for strong dual immersion programs?

First, use the research on language-minority students to structure the program. For example, parents of language-minority students do not always have the language to be able to help their children with homework. Right? Because it’s coming home in English. What do we do as educators? How do we help them? Well, we make sure the homework is something that’s practice. Students should be able to do it on their own. We provide different supports. What we don’t say is parents you must learn English to help your kids do homework.

So in a dual language program, you say to native English-speaking parents, please do not google translate everything that comes home in homework and don’t demand that all homework come home in English. If you give in to the demands of your native English speaking parents it ends up sabotaging the program because the message to parents is, “Yeah, learning another language is hard and you’re kids are going to struggle just like they struggle maybe with math.” [Districts must instead say] “We’re going to help them learn ways of learning. We’re going to come up with structures and supports. It’s not about you having to know the language to help them it’s about you supporting them in other ways, let’s look at these other ways.” If we start to translate everything into English at the early grades, those same parents come back in junior high upset and say, “[M]y kids don’t know enough Spanish to take a biology class at the junior high. You promised that you’d develop bilingualism.” If we do too much modifying at the early grades, we end up paying the consequences at the later grades.

Q: What do districts need to keep in mind when developing and implementing dual immersion programs? And what helps sustain these programs?

It becomes an issue of equity if language minority students fare better in bilingual programs and they don’t have other choices, right? Because if you think of the match between home and school, then dual immersion programs or bilingual programs are the programs that should be a given, if you will, for DLLs. It’s very important because if districts say they created the program to satisfy the needs of English speakers who want to become bilingual, they don’t tend to be good programs because they don’t use the research on language minority students.

There has to be a vision and it has to be in writing and it has to be developed by a diverse groups of stakeholders, not two people in an office. And this vision obviously has to be shared and be anchored in research and best practice. It really needs to respond to the local community. Who lives in that community? And what does it look like? Some districts I work with have a district vision and then different schools tailor it even more deeply for their reality. That’s the first, and again, I can’t overemphasize the role of that monolingual/multilingual perspective because if you have that kind of understanding that’s where you anchor all of the decision-making that comes up. Districts are promising parents that all of the students will develop bilingualism, what I say to them is that teaching for biliteracy is significantly different than teaching for monoliteracy. You’ve embarked upon something that you really have to understand and plan for because you will not keep your promise of developing bilingualism if you don’t understand the difference.

And the premises for teaching biliteracy that Cheryl Urow and I created as part of our book project are really helpful and I would say that districts that are successful really take that first premise to heart — that Spanish is a minority language within a majority culture, therefore, the whole school community must elevate the status of Spanish. Now supplant Spanish for Mandarin Chinese or Arabic, if it’s a different language in the program. It’s true for any non-English language.

At first people just kind of assume that that’s a given, but then when you go deeper they realize “Oh, there’s a lot more to this than we thought.” So in what language are assemblies done? What language are announcements done? What happens when Spanish is posted in the hallways? How do non-bilingual teachers react? What happens when teachers speak Spanish to each other in the hallways? Are they told that they have to speak English? When that happens in front of kids, what’s the message that kids pick up on? “Oh, Spanish isn’t good.” So this concerted effort of elevating the status of Spanish directly impacts how the students view themselves and how they are motivated to become bilingual. It’s a really important piece. Districts are different in terms of their realities.

The second premise: that bilinguals must use all their linguistic resources to develop literacy. One of the non-negotiables that I developed when working with districts is that students must have access to English literacy and Spanish literacy on a daily basis. Not one week English, one week Spanish, one day English, one day Spanish. Why? Because the natural acquisition of bilingualism requires consistent use of both languages. That’s just how bilinguals become bilinguals. [If you keep the languages separate] what teachers say is that kids then keep everything separate and they don’t realize that what they did in one language they can do in the other language. They just find that it’s much harder to develop bilingualism.

And so from a programmatic level, confront[ing] this at the beginning of the program’s development [means that] schedules are going to look different. You can’t fit two literacy blocks into the same schedule as all the monolingual classrooms. Something’s going to have to give, right? Assessments have to look different. You can’t just take an assessment from English and translate it into Spanish. You don’t want to do double assessments. That’s one of the biggest issues I face when I walk into districts that haven’t thought this through. All they do is assess kids because they take their English assessment calendar and they do exactly the same thing in Spanish and so they’re double assessing. That starts to really sabotage the program because they’re not focusing on what they should. The parents start to complain because all the students do is take tests. We’re emphasizing the wrong thing on the assessment, so we’re not collecting the right data. There’s a lot that comes from that second premise in terms of program development.

The other thing that I’ve learned is to sustain dual immersion programs, decisions have to be made at the programmatic/systems level and not made by teachers at the grade level. Because what happens when teachers have to decide every year in what language they’re teaching, in what content, is that they don’t think about it from the student perspective. It’s always from the teacher’s perspective.

But what’s really interesting is then to have those teachers take a step back and stand with all of their colleagues and sketch out their day and their year and then look at it from K–5 or K–8 — whatever their grade span is — and what I’ve learned is then they look at it very differently. They realize, “[O]h, no wonder we're having these particular issues with kids. They’ve never had this particular content area in this language or we’re not doing the bridge here.”

That’s the other piece for sustainability: decisions have to be made at program level, thinking about students and anticipating how they go through the program. And that takes a lot of leadership. So there’s no question that leadership is key in sustainability. But what I’ve seen is leaders who do a good job of getting all of these elements [can] hand something over to a new leader who might come in and it’s a much smoother transition. If these particular programmatic elements are not put in place it’s just much harder to plan for consistency and for success.

Finally, to sustain a dual immersion program over time, programs have to collect their own data. They can’t rely on national data. There must be a process for collecting data in both languages for all their students that helps them anticipate and predict and look at trends. And you know you have to give the program a chance to be developed, right?

So you’re not going to do it in the first year or the second year — you’re not going to collect the data and make an evaluation right away. But that’s really, really important and when programs do develop a data management system and they collect this data, the answer to your final question is so clear to them. When they compare how DLLs do — [in a program] that truly teaches the students both languages for a minimum for five to seven years — it’s astounding to see how well they do in English compared to students of the same kind of background who are in an English-only program. And so it’s an equity issue I think in terms of access — I know it goes against mainstream thought that if you spend time in a non-English language you’re actually going to do better in English, but we bear this out over and over again.