Survey says: Americans still not sure where they stand on higher ed

Two opinion polls show (dis)agreement across and within parties 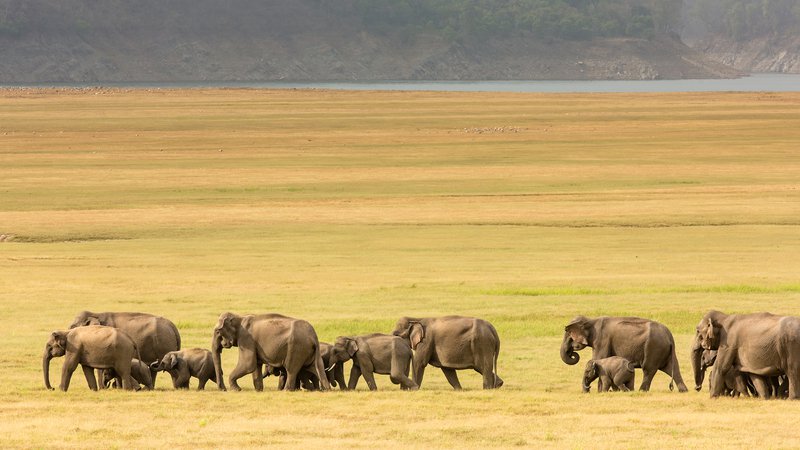 A few weeks before the presidential election, New America conducted two public opinion polls on higher education policies, a topic about which president-elect Trump was mostly quiet on the campaign trail. The first survey targeted likely voters; the second surveyed the general population.

On its own, public opinion doesn’t establish politicians’ positions, especially in relatively technical issues like higher education policy. Public opinion is also liable to change, as seen in the sudden surge of support for Vladimir Putin and the lessening distaste for government-provided healthcare coverage among self-identified Republicans. But though politicians are not entirely beholden to their constituents, they can only bend their voters' preferences so much, and public opinion serves as a useful test of where, and how far, they can push.

Education beyond high school is not cheap, and though the costs affect Americans unequally, both Republican and Democrat likely voters largely agreed that higher education is getting harder to afford (75 percent and 93 percent, respectively). American workers will remain sorely in need of retraining if they are to keep their jobs in a quickly automating global economy, and likely voters acknowledged this, too: 73 percent of Republicans and 93 percent of Democrats agreed that education beyond high school is becoming more important to finding good work. Even if Trump manages to replant some manufacturing jobs or reinvigorate building trades with an ARRA-style stimulus plan, voters will still worry about the expense of the education and training that can help them advance.

Still, our survey found that voters don’t necessarily approve of more free money: neither the majority of Republicans nor of Democrats approved of forgiving all outstanding student loan debt. We also asked for voters’ feelings about debt-free college proposals, though now in Trump’s presidency such a plan has virtually no chance of becoming federal law. Among likely voters, debt-free college was popular among Democrats, and was also fairly well received among Republicans (as long as it had no income ceiling) with 52 percent approval.

Another interesting consensus emerged when we asked likely voters if they approved of giving students who “maintain a GPA of 2.5 and volunteer or participate in a work-study program” the opportunity to pursue a public four-year degree without going into debt: 61% of Republicans agreed, compared with 87% of Democrats. A similar proportion of Democrats supported a proposal guaranteeing community college tuition for students who attain the same GPA benchmark while attending at least part-time; for Republicans, however, approval dropped to 44%.

Though more research will help to elaborate on these issues, our findings suggest that Republican voters could favor merit-based as opposed to need-based financial aid -- tying grants to GPA, for instance. That would be likely to meet resistance from higher ed's institutional lobbies (whose clients would lose out from a smaller supply of grant aid), and would be cause for concern among poorer students. Merit-based aid disproportionately favors wealthier students, and shifting from needs- to merit-based financial aid might further exacerbate the income achievement gap in American higher education.

Debt refinancing and income-driven repayment (IDR) are two strategies that may get more play in Trump’s administration, especially considering that his transition team - including its vice-president, Rep. Tom Reed - are generally sympathetic to the idea of federal refinancing of student loans. Refinancing may be a challenging position to pitch to Paul Ryan and the lean-government crowd on account of its costliness, but “allowing borrowers to refinance their loans at lower interest rates” got 85 percent and 94 percent approval from Republicans and Democrats, respectively, in the likely-voter survey, and so may not be totally dead if public opinion prevails.

In the same survey, allowing borrowers “to make monthly payments on an affordable percentage of their income” saw approval rates of 84 percent and 93 percent among Republicans and Democrats, respectively. The dividing line came on when and if loans should be forgiven after regular payment. For most borrowers today, loans are forgiven after 20 years of payments in IBR. Trump himself proposed a generous 15-year forgiveness plan for Income-Based Repayment, an interval supported by 50 percent of the population. Most of that support came from Democrats and Independents, however, with only 38 percent of Republicans supporting forgiveness after 10 or 15 years. In fact, 50 percent of Republicans thought that loans should never be forgiven, while another 12 percent only approved of forgiveness after 20 or 25 years.

Public Service Loan Forgiveness (PSLF) works with IDR and allows for unlimited loan forgiveness for those who work in government or nonprofit sectors for 10 years while regularly paying a set percentage of their discretionary income. As an incentive for highly-educated professionals to take potentially lower-paying jobs in non-profits or government, it is a darling of some Democratic policymakers, but hated by Republicans for its uncertain public costs and its preferential treatment of public- over private-sector work. In our likely voter poll, 42 percent of Republicans approved of PSLF. That number’s surprisingly high, but likely not high enough to change a Republican lawmaker’s mind, and it signals that getting rid of the program incurs little political risk for Republicans. Avenues for reforming the program also exist, but especially in light of the GAO’s damning appraisal of ED’s budget mismanagement of the program (a report requested by Senate Republicans), PSLF may not be long for this world.

The most surprising finding is that Republicans (along with everyone else) are very supportive of debt cancellation if the institutions that students attended were “found to have provided deceptive information to students about their programs of study and outcomes”. In that case, 87 percent of Democrats and 71 percent of Republicans surveyed in the nationwide poll agreed that debt should be “canceled” or “ended”. So Republicans might need to tread more carefully when it comes to their desire to halt or roll back recent borrower defense to repayment (BDR) regulations, which they have threatened to eliminate through the Congressional Review Act.

Formulated in June 2015 as a response to the closure of the for-profit Corinthian Colleges network, and finalized in October of this year - just before ITT Technical Institute also folded - BDR allows cancellation of a student’s outstanding loan debts with reimbursement of those already paid. Borrowers are eligible if their institution is judged by state or federal governments to be guilty of “misleading, deceitful, and predatory practices”, or of “failures to fulfill contractual promises” while receiving federal aid. Similar rules protect students whose institutions close during their studies, and the regulations also set out financial conditions for institutions in danger of bankruptcy or closure, requiring that they demonstrate sufficient financial preparation and cash holdings.

These regulations, emboldened by the failures of Corinthian and ITT, have drawn fire from the for-profit industry’s advocates, as well as from budget-watchers who worry about the taxpayer burden of forgiveness, and from public and private non-profit institutions worried they may get pinched for innocent marketing mistakes. Implementation of BDR has been spotty and pressure from these groups to annul it will be strong, but Trump may worry about the blowback from the public if he does so, especially given his personal history with fraudulent marketing.

Other accountability measures proved less popular in our surveyed populations, however. In the nationwide study, self-identified Democrats were evenly split on whether to penalize institutions that had “a large number of students who can’t pay back their student loans” or had “a large number of students who fail to get a job that pays at least what a high school graduate would earn”; a majority of Republicans opposed such measures, with 40% or more of them “strongly” opposed in each case. The Obama administration has pushed the metrics associated with these situations (cohort default rate and gainful employment) as performance hurdles for institutions seeking federal aid, but according to our surveys, public support for these measures may be insufficient to keep them around. However, there was slightly higher approval (49% Republicans, 58% Democrats in the nationwide survey) for penalizing institutions with low overall graduation rates, and public awareness of institutional quality regulations may rise throughout the confirmation process of Betsy DeVos, Trump's embattled Education Secretary nominee.

Compared with areas like immigration, foreign affairs, and healthcare policy, higher education policy is a less contentious and decidedly less visible political issue. Even so, our surveys show that there are battle-lines - though not all are drawn along party lines. Government funding, debt forgiveness, and personal responsibility are all areas of disagreement, and in these areas we should anticipate some substantive changes. There is clear bipartisan support for debt refinancing, income-driven repayment, and borrower protections from fraudulent or deceptive practices.

We admittedly did not expect a Trump presidency, and our surveys consequently didn’t engage with some of the policy areas that his administration may advance. Do Americans consider for-profits a necessary part of the education system?  Are universities right to monitor and moderate the freedom of speech on their campuses, or to address social inequities through affirmative action? And what about the huge endowments of the country’s best universities? Could we save American higher education by taxing them?

Answers to these questions - and even those we polled - remain in the territory of speculation. Donald Trump and his team have demonstrated a keen sense of what works for their voters through the election campaign, and only time will tell how much the Trump administration matches its higher education decisions to public opinion. If the two Americas on display in Washington, D.C. last weekend were any indication, however, there will be plenty of public opinion to go around.

The first, administered by Lake Research Partners and conducted September 30 – October 3, 2016, reached a total of 800 likely 2016 voters nationwide, 446 from the landline sample and 354 from the cell phone sample. Telephone numbers for the likely voter sample were drawn from Catalist sample. The margin of error for the total sample is +/-3.5%. The data for likely voters were weighted slightly by gender, region, age, and race to reflect attributes of the actual population.

The second, administered by Caravan in a national omnibus survey conducted by telephone October 27 – October 30, 2016, reached a total of 1,019 adults nationwide, 517 from landline sample and 502 from cell phone sample. The margin of error for the total sample is +/-3.1%. The data for adults were weighted slightly by gender, region, age, and race to reflect attributes of the actual population.

In interpreting survey results, all sample surveys are subject to possible sampling error: the results of a survey may differ from those which would be obtained if the entire population were interviewed. The size of the sampling error depends upon both the total number of respondents in the survey and the percentage distribution of responses to a particular question. For example, if 50% of respondents in a sample of 800 respondents answered “Yes” to a particular question, we can be 95% confident that the true percentage will fall within 3.5 points, or from 46.5% to 53.5%.

These surveys were made possible through a generous grant from the Bill & Melinda Gates Foundation.