The Other Side of COVID-19 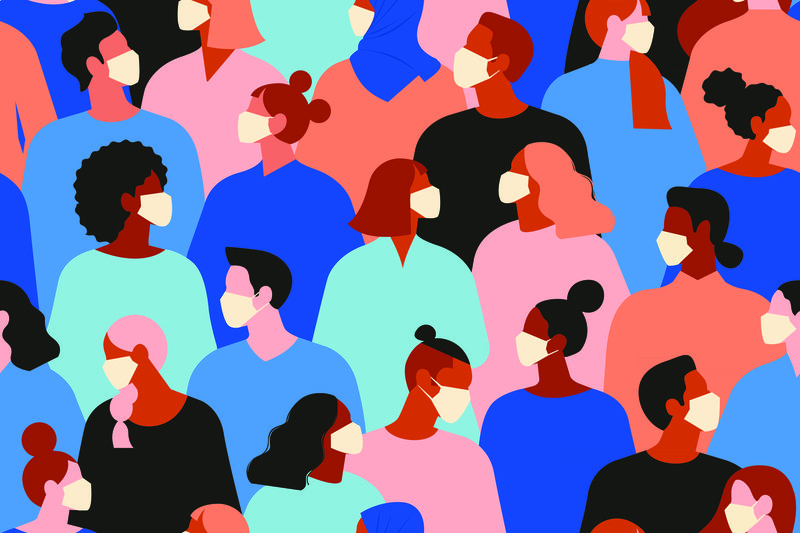 In response to a small but growing number of cases of COVID-19, or coronavirus, in Illinois, Governor J.B. Pritzker declared Illinois a disaster zone this week. As Chicago waits to see how the situation unfolds, some of our neighbors are more vulnerable than we realize. Over four in ten Chicago households have incomes that don’t cover basic needs. For those in non-salaried and gig jobs, the risk is huge.

While COVID-19 winds its way across borders, fears have grown about both the health risks of the disease and damage to the economy. With more and more conventions and trade shows shutting down at McCormick Place and international flights shut down, Chicago’s reliance on tourism has become a liability for our larger economy. As people avoid crowds and travel, slowing sales could have a major impact on multiple industries. Airlines, food and beverage companies, printers, and hotels among others will take major hits in sales, causing a ripple effect across the economy. But, some Chicagoans will feel it much more than others.

In recent weeks, a number of companies have taken steps to help slow or stop the spread of the new coronavirus. A worker from one of Chicago’s largest downtown office centers, recently tested positive for COVID-19. CA Ventures, located in Prudential Plaza, closed their offices Wednesday for cleaning. Workers were asked to work remotely and suspend non-essential travel.

While many of these workers may be personally protected from the economic fallout of the virus – in particular, those who have stable salaries and can work from home – many more will face lost wages and declining incomes. Communities that are still struggling to work their way back from the mortgage crisis and recession will be hit particularly hard.

This is because workers who are not salaried are set to take a double hit. Those workers, if and when they (or their family members) show symptoms of the coronavirus – or any other illness like the common cold – face the choice of coming to work sick or losing days, or even weeks, of pay. For many, losing pay is not an option. Forty percent of Illinois households have no rainy day fund to cover losses in wages. These numbers are likely higher among low-income workers.

Second, many will be impacted as companies shift their work to home or limit their operations more generally. This can be seen most clearly in many service sectors where work is more precarious - that is part-time, temporary, or “gig”-like. Many low-wage workers have unpredictable, just under full-time schedules. As restaurants see less demand, those hourly workers – cooks, waiters, etc. -- cannot simply work from home, while receiving the same income. These workers, who are already some of the most vulnerable, will be the first to see the economic consequences of the pandemic.

In Chicago, nearly half a million people work low-wage jobs in the retail or food service and accommodations industries. At around $2,000 a month on average, pre-tax, retail workers can’t possibly afford to lose even one week’s pay and still pay their basic bills. Food service and hotel workers earn even less at around $1,700 per month pre-tax on average. These numbers don’t even include low-paid healthcare workers like Certified Nurses’ Assistants, who will have plenty of work but are also at a higher risk of getting sick and having to take off work.

The bifurcation of experiences by workers – higher-income, salaried workers with a suite of benefits including health care and paid sick leave vs. lower income hourly workers without benefits – is yet another example of how growing economic inequality is impacting people’s lives. In this case, it is not just income that is unequal. We are also seeing disparities in health and financial risks that are faced by workers.

A recent report from United Way of Illinois shows just how vulnerable Chicago workers are to losses in income. Forty-four percent of Chicago households have incomes that are not enough to pay for basic needs, defined as housing, childcare, food, transportation, healthcare, and a basic smartphone plan. This includes employed workers with limited assets and wages who live above the Federal Poverty Level but below basic survival income.

Lost wages from coronavirus closures will be particularly acute in Black and Latinx neighborhoods due to the high percentages of Black and Latinx Chicagoans stuck in jobs that don’t pay enough for the basics. This is also increasingly true in Chicago suburban areas where fifty percent of the region’s poor now live. 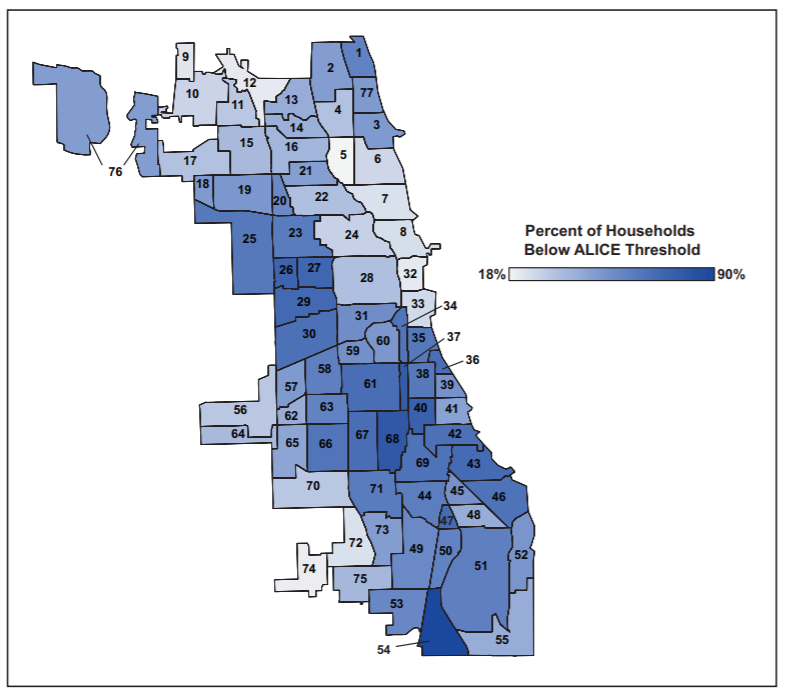 Fortunately, Chicago’s paid leave ordinance couldn’t have come at a better time. Under the city ordinance, any worker is entitled to earn up to 40 hours of paid sick leave each year. This is earned incrementally with workers earning one hour of paid sick leave for every forty hours of work. One week of paid leave isn’t a lot in the face of a pandemic, but it will certainly ease the burden of lost wages for many Chicagoans. Others may not have yet earned enough sick days and the benefit isn’t available to all Cook County residents. In 2016, Cook County passed its own ordinance in 2016, but several municipalities voted to opt out. Communities with low income levels that have opted out will be hit hard by losses in work around the region.

But, what else can be done to minimize the impact of the virus on low-wage workers?

Second, we need paid sick and care leave for all Illinois workers. This includes access to paid leave for full-time employees and expanding our earned sick days model to part-time workers.

Third, expanding the Earned Income Tax Credit (EITC) could help offset wage losses. The EITC has huge positive impacts on low-wage workers and families. The credit could also ease money concerns for low-wage workers impacted by the coronavirus. Illinois can increase access to the federal tax credit by using proven methods of autofiling. Increasing the state credit could also help. A bill to increase that credit over time is currently in the Illinois General Assembly.

Fourth, we need to rethink our entire system of benefits and supports. Current labor law and worker supports are based on an old model of work. With a growing number of gig and freelance jobs, many workers don’t have access to basic healthcare or unemployment insurance. This includes setting up systems so that part-time and contract workers are able to tap into resources when needed. This doesn’t mean creating programs we have no idea how to fund, but rather thinking creatively about how to use market forces in innovative ways like investing in worker pools for benefits.

Not all of these recommendations will impact the coronavirus pandemic of today; but putting new policies in place now, will help reduce risk for vulnerable workers in the future.