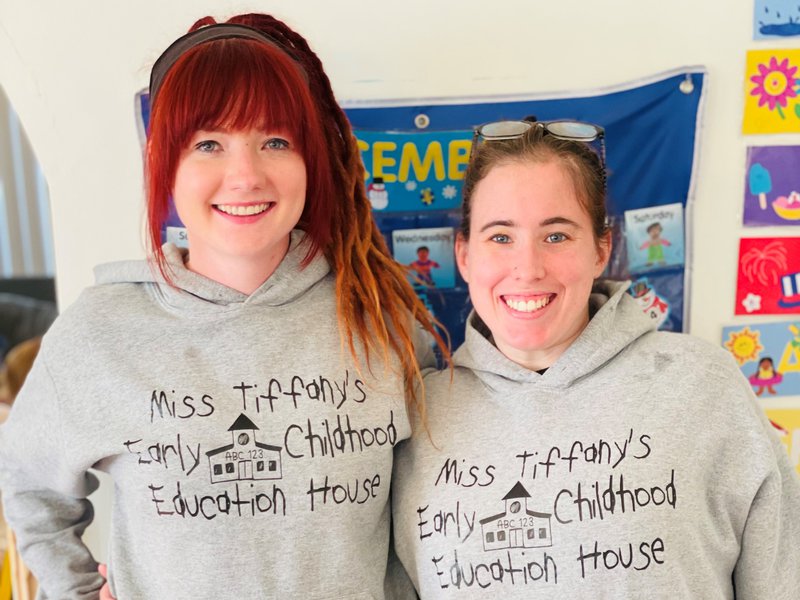 Carling McManus can look at her year-end accounts and understand why her bottom line was lower in 2020. Sure, there was a pandemic, but also one of her top employees had a baby, and took the 12 weeks of paid leave at full salary that her company—84 Agency in Charleson, W.V.—offers each of their workers.

“We’re a small team,” she said of the eight person media and communications firm, which she co-founded with her wife. “The relationships we have with our clients are very personal, and each individual is crucially important to us and carries a great deal of institutional knowledge. Being able to count on her coming back to our team is what paid leave really offered us.”

McManus hired a contractor to fill the employee’s role while she was out, and estimates the move cost her “close to six figures” last year. But she believes this decision saved her money in the long run, by not having to replace the account manager with a new hire, and by retaining the account manager's institutional knowledge and client relationships.

What if two, or three employees need to take leave in the same year? “We aren’t sure how we would handle that,” McManus says of the considerable cost it would mean for their company. They’d likely have to spread the costs out—but she recognizes this is the risk she takes in offering the benefit without the backing of state or federal policy to alleviate her costs.

In West Virginia, as in the majority of states in the U.S., only a minority of workers have access to paid leave from work to take care of a family member or themselves. Each of the women who shared their story for this article were adamant that four weeks of federally-supported paid family leave, currently included in the version of the Build Back Better passed by the House of Representatives and awaiting a vote in the Senate, would make a significant difference for their businesses and families. Poll numbers, too, show that the vast majority—80 percent—of West Virginia voters support ensuring paid leave for workers suffering from a serious illness, and over 70 percent support paid leave for a sick family member or caring for a new child.

What’s missing? The support of the home state Senator Joe Manchin, who has said that he doesn’t want to pass a paid leave measure through the budget reconciliation process, potentially derailing the proposal. Manchin’s objections led to the removal of paid leave from Build Back Better just before the House of Representatives was set to vote on it. Following pushback from advocates and the broad public, Speaker of the House Nancy Pelosi returned paid leave to the bill ahead of its passage on November 19th. With the bill now under debate in the Senate, there is concern that Manchin may once again object.

Tiffany Gale is another small business owner who wants to offer paid leave for her employees but doesn’t have the profit margins to do so. Gale (no relation to the author), operates a home-based child care center out of her home in Weirton, West Virginia, and most of the money that comes in goes back to the business: for supplies, playground equipment, toys and staff. After expenses, she estimates she took home $30,000 last year—“Not much for a small business owner,” she said. One of her two employees is her sister-in-law, who has spina bifida and limited feeling in her lower limbs, which makes her prone to infections and occasional hospitalization. When she is out, Gale can’t afford to pay her. “I care about her, and she genuinely cares about the children. Not offering her the paid leave when she is not choosing [her disability]—it’s tough, for sure,” Gale said. 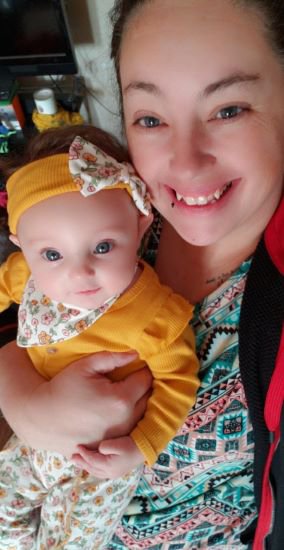 For Breanna Dietrich, 35, it wasn’t until she was having health issues while pregnant with her daughter that she fully understood that having no paid leave from her job meant she had to quit. Dietrich needed to go to the hospital, but as the manager and only employee who’d shown up to work at the Little Caesar’s pizza restaurant in Wheeling, WV, where she lives—she had to wait two hours for her district manager to show up before she could go to the ER—all of which was unpaid. “That was it for me,” said Dietrich, who shared her story on MSNBC as part of a segment to highlight how hard it is to make ends meet without paid leave. Dietrich and her husband now rely on one income and are falling behind on the rent. “It’s just that little extra that we need,” she said of her situation. “And for new moms, they need that cushion even more.”

Understanding the lack of access to paid leave in West Virginia means looking at the shifting economy of the state, explains Jim McKay, co-founder of Paid Leave Works for West Virginia coalition. For decades, West Virginia’s workforce was focused on steel, coal and manufacturing, and what was previously known as the “chemical valley” area that surrounds the capitol region in Charleston.

“These were companies that had pensions for employees and employee benefits,” said McKay. But a shift in the 80s and early 90s toward more mechanization and technology in the coal and steel industry meant fewer jobs, and a rise of the service and retail economy, with hourly workers, many working more than one job.

“Our largest employer in the state is Walmart,” said McKay. “Think about Walmart and its benefits for its employees, as opposed to union-negotiated mining contracts.” Wal-Mart made headlines in 2018 when they announced a six to ten week paid leave policy, but use of the policy is restricted to full-time employees, who have traditionally been just a portion of retail workers. McKay estimates that workers in West Virginia have less access to paid family leave than in other states. “About 65-70 percent of employees don't have access to paid family and medical leave, and those that do have it, it’s limited in its availability,” said McKay. Nearly 60 percent of working West Virginians lack access to unpaid leave as well—meaning that any health crisis or new baby could cost them their jobs as well as their pay checks.

At the state level, West Virginia’s legislature has proposed its own paid leave proposal with bipartisan support, modeled after Washington State’s, which has an employer-employee share to finance the program. But even this program, with a modest estimate of $2 per week per employee, split between worker and business, is tough for small business owners like Gale, who operate on thin margins. Having a federal paid leave program, with the federal government taking on the onus of running and financing it, would be a boon to both West Virginia businesses and employees.

In meetings with advocates, representatives from Manchin’s office have cited concerns with the paid leave program, including strain on the Social Security trust fund. But advocates say that offering paid family leave actually bolsters the Social Security trust fund—because paid leave is associated with higher rates of return to work and higher earnings over time, paid leave would allow more people to pay into the system, at higher wages, and for a longer period of time without as many long gaps in their work history.

“We know a lot of small business owners who wish that they could offer this, having paid leave aligns with their values. It’s just too expensive for them,” said McManus. “If the federal government was able to provide something: subsidies, percentage of the salary being covered, that would be so helpful. Right now they pay for nothing. Four weeks is not enough, but it’s a start.”