You Sure You Know What an American Is? 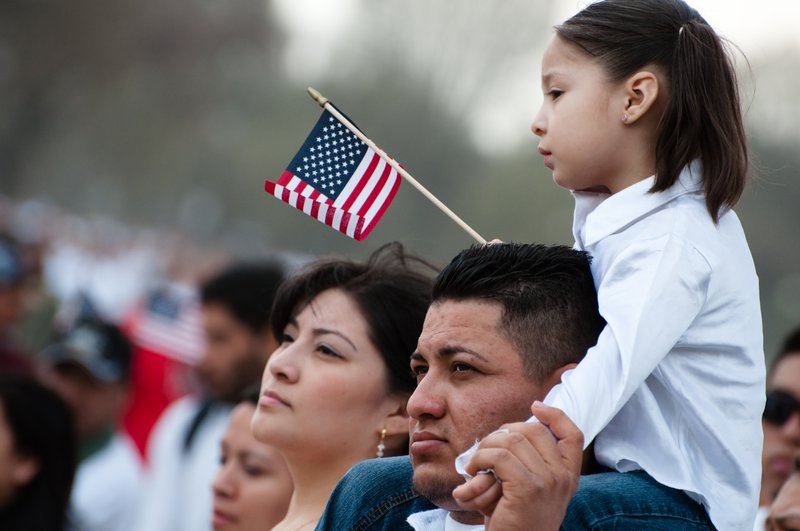 What is an American? It’s an easy question, right? An American is someone who was born in the United States, or born to American parents. Alternatively, it’s someone who has migrated here and gone through the necessary processes to become a citizen. But to Jose Antonio Vargas, founder of Define American, holding American citizenship is only part of the equation. A greater part, which Vargas considers “capital-C” Citizenship, is participating and believing in this country. And for Vargas, an undocumented immigrant who has spent most of his life here, redefining how we think about being American can unite us in a country whose racial makeup is changing in ways we don’t always expect.

The first step, one that we have yet to start, is asking questions and having conversations with each other. We try to promote our own views without listening to people who disagree with us, and in doing so we miss the point they may be trying to make. “We just don’t know each other,” says Vargas. That’s what he wants to change, and he travels the country to talk to people of all descriptions to understand why they feel the way they do.

A common thread he pointed out at New America’s annual conference on May 18 was the complaint, “If immigrants are going to live here, they should speak English.” When Vargas overheard a woman say this at a Wal-Mart, he took the unconventional step of speaking to her, and asking her why she felt that way. After a short conversation, the truth came out—the woman was worried that she would not be able to learn Spanish. A similar conversation happened with an Italian immigrant, who had moved to the United States when he was young and was proud of the fact that he was fluent in English. But what was later made clear was that it took him 20 years to learn English—a luxury he was not initially willing to provide to newer immigrants.

Understanding breeds compassion, on both sides of the debate. Knowing where immigration opponents are coming from helps to create a meaningful conversation, and can show that we’re not all that different. It’s easy to see the other side without nuance when you only hear the superficial argument. When a debate on television barely gives any opportunity for depth, or when we talk past each other, it’s tempting to remain ignorant to the fact that everyone has pain and fear that drives their opinions. Vargas holds Q&A sessions across the country, and the topic always turns to race. America doesn’t look like it used to. In California, Latinos and Asians combined make up the racial majority, not white people. This is something Americans are totally unprepared to deal with—like Vargas says, we don’t even have the language to handle it yet.

So what do we do about that?

The answer: Change the narrative around immigration. At the conference, Vargas told a story that inspired him to come out as undocumented. On YouTube, he found young immigrants coming forward to say that they were undocumented, and unafraid to say so. This acknowledgement, showing that there are undocumented people in our communities who are just like documented Americans, lends visibility and credence to pro-immigration policies. They say, “We’re here, we’re not criminals, and we’re people—just like you.”

Changing this narrative means Vargas has to tackle a lot of lies that have been spread about illegal immigrants. The biggest one? The lie our president ran on, particularly with regards to a border wall with Mexico that would keep undocumented immigrants out. It may have been more apt to propose a “Pacific Rim”-style wall on our West Coast, as undocumented Asian immigrants are the fastest-growing immigrant group in the United States. According to Vargas, one out of seven Koreans in the country is here illegally. But if this election has shown us anything, it’s that the way people feel is far more influential to their opinions than the facts. That’s why it’s so important to have those conversations, and to make sure people who are afraid feel like they’re being heard and understood.

What does the definition of an American have to do with all this?

Vargas says our preformed notions of an “American” make it more difficult for us to accept immigrants from other countries. We expect immigrants to assimilate into American culture even if we don’t really know what assimilation looks like. That shows in how we speak—as Vargas points out, only white people are allowed to be just “American”; everyone else has to attach a modifier: African-American, Chinese-American, Filipino-American. Once we make it OK for anyone to be just American, we can accept people more readily into this country. We can talk about the great things immigrants bring here, instead of blow the crimes of a fraction of them out of proportion.

Being an American is so much more than having a piece of paper with your name on it, declaring your citizenship. It’s loving and believing in this country and the ideals that America stands for. For Jose Antonio Vargas, that takes the form of participating in our debates on social policy and trying to change public opinion, even though he can’t vote. For some of his relatives, it’s having a job, a house, and a car, and living their version of the American Dream. It’s proving through actions that there is still something that unites all Americans in our actions and our faith, and showing that, as Vargas says, “There is one America. It isn’t Trumpland. There is one America.”