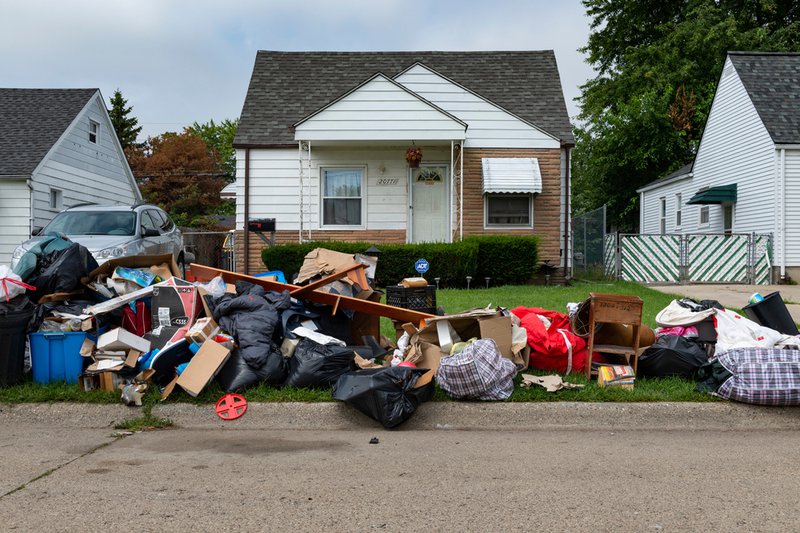 A quarter of all Americans told the Census Bureau last week that they’ve either missed last month’s rent or mortgage payment, or are unlikely to be able to pay next month’s. As pandemic-related job loss continues to grow, millions around the country are wondering how they’ll pay for their housing come August.

Of course, economic stagnation, inequality, and housing insecurity were endemic in many communities well before COVID-19. Half of all U.S. renters are housing cost-burdened, paying more than a third of their income on rent. Nationally, the country lacks an estimated 7 million units of housing for extremely low-income households. With the onslaught of a global pandemic, the long-term failure across multiple levels of government to produce an adequate supply of affordable housing is coming to a head—putting millions of Americans at risk for eviction, homelessness, and the spiraling consequences of forced housing loss.

For Black and Latinx Americans, especially, long-standing structural racism has denied households the economic stability needed to weather this crisis. It’s something we’ve seen firsthand in our research on housing loss across the country—and especially in our case study of Forsyth County, North Carolina and its county seat, Winston-Salem.

Stakeholders in Forsyth County, located in the central Piedmont region of the state, are quick to emphasize that recent growth of small businesses, as well as jobs in healthcare, education, and the nonprofit sector, are helping to expand the economy. However, this new growth comes on the heels of decades of deindustrialization, and many of these new high-skilled jobs are going to outsiders who move into the region for work. With limited access to better-paid jobs, low- and semi-skilled workers are turning to lower-paying service sector jobs, which don’t provide a wage high enough to afford stable housing.

In addition to low wages, the local government is also struggling to supply quality, affordable housing. Transformation of the county economy has coincided with a significant deficit in affordable housing—Winston-Salem suffers a 16,244-unit shortage of housing for extremely low-income households. Even though 40,000 families throughout the county are rent burdened, the 16 projects funded through the federal Low-Income Housing Tax Credit (LIHTC) program have added only 1,148 units of affordable housing in the last decade.

These trends aren’t unique to Forsyth County: Communities around the country are failing to keep up with ever-increasing demand for affordable housing. That demand will only become more acute as middle class jobs continue to disappear. To many, the solution appears simple: Build more affordable housing and provide families with stable homes.

But that’s much easier said than done.

A significant barrier to quickly creating more affordable housing is the complicated and expensive construction process. Most affordable housing in the United States is built using LIHTCs, which give developers the necessary funding to construct multi-family affordable housing. The credits are converted into real dollars when investors, typically banks, purchase them. These investors can then claim the tax credits over a 10-year period, providing incentives for continued financing of affordable housing projects.

The program’s implementation, however, is dependent on market conditions. During the Great Recession, investments in LIHTC decreased from $6.9 billion to $5.9 billion, cutting the production and preservation of affordable housing in half. Similarly, cuts in corporate tax rates disincentivize investors from purchasing tax credits, limiting the amount of money they’re willing to pay.

Due to the limited supply of credits allocated to states, the program has built only 2 million housing units in its entire history, with some units converting away from affordability after a set number of years. Moreover, most LIHTC projects aren’t geared toward extremely low-income renters or households with no income, and NIMBYism from wealthier communities makes it difficult to site affordable housing in high-opportunity neighborhoods.

Wrapped up in all of this are deeply-rooted systemic inequities—injustices that simply “building more housing” will never erase.

Building more affordable housing won’t change federal laws that allow public housing authorities and LIHTC property owners to bar individuals with criminal records from receiving benefits or living in LIHTC buildings. It won't raise wages or build grocery stores in resource-poor neighborhoods, and it won’t provide affordable healthcare or childcare. Ultimately, housing instability is only a symptom of an unequal system rigged against poor people and people of color.

Even before the pandemic, Black and Latinx residents in Winston-Salem faced an unemployment rate more than double that of whites. Given what we know about COVID-19’s disproportionate impact on communities of color, those who were struggling to meet their rent payments before COVID-19 are likely in a far worse position now.

So, how does a city like Winston-Salem improve its affordable housing stock and ensure that its most vulnerable residents are actually able to access it?

First, officials should consider establishing an affordable housing trust fund to support new projects. Funding could come from a small sales tax or through the creation of specific development fees associated with market-rate housing and commercial development.

Further, advocating for the state government to raise wages for all workers would increase economic security and mobility for millions of North Carolinians. Establishing programs for reduced-cost childcare and emergency rent relief would also help alleviate pressure on low-income families and allow them to remain stably housed, even in the midst of a crisis.

Finally, amidst growing calls to defund the police, there is an opportunity for cities to reimagine how they allocate their budgets—and to shift funding from police departments to Black and Latinx homeownership programs, worker upskilling opportunities, equitable neighborhood revitalization, and other programs dedicated to addressing structural inequality. The City of Winston-Salem is considering diverting $1 million in unfilled police department salaries toward social and housing programs and raising the minimum wage for city employees—but some local activists say that amount won’t be enough.

The complex reality of housing insecurity shows that focusing solely on expanding the stock of affordable housing isn’t a panacea. Any solutions implemented must also focus on improving economic opportunities, combating structural racism, and providing a safety net for struggling families—both in Forsyth County and beyond.