White Americans Should Care About Wealth Inequality, Too 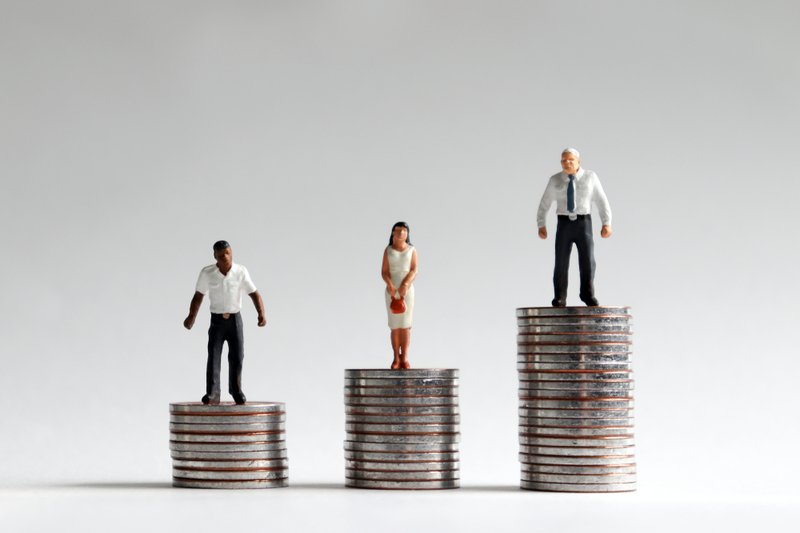 For years, research on wealth inequality in the United States has focused on the black/white gap in a way that may have unintentionally ignored, or at least minimized, the plight of poor and middle-class white Americans. In turn, the experience of being overlooked has caused some whites to resist redistributive policies, which has opened up opportunities for some less-than-scrupulous politicians to do the same.

In other words, wealth inequality isn’t just a black problem. And grappling with it rigorously, and effectively, will require that we take a zoomed-out approach to the received wisdom.

Let’s paint a fuller picture of the present-day inequality discourse. These days, presidential candidates are, rightfully and finally, paying long-overdue attention to the issue of whether and how black Americans ought to receive reparations for slavery. The reparations conversation isn’t baseless: America’s massive, well-documented wealth gap between black and white Americans emerged, in significant part, because of racist institutions like slavery and Jim Crow and from similarly racist, though typically subtler, state-sanctioned policies like redlining.

At the same time, it’s important to cast a wide gaze. That’s because an exclusive focus on reparations at a time when white identity politics is on the rise has arguably reinforced among white Americans the (untrue) idea that wealth inequality is purely a black problem, which has increased feelings of being left out or under attack.

So, how do we complicate these binaries—and move the conversation forward?

At least partly, the answer lies in having a more expansive view of wealth inequality. To that end—and to emphasize the importance of coming together around redistributive policies—we worked with our colleagues Elizabeth Burland and Briana Starks to present new data on what white wealth inequality looks like. For our new report, we drew on 1999-2015 data from the Panel of Income Study Dynamics, and what we found is that the distribution of wealth among white households actually resembles that among black households.

In short, it’s little wonder that some white Americans feel left out.

Indeed, wealth inequality is, to sound a bit cliché, an American problem. And if it’s not seen in these broader terms, it will only continue to chip away at the American Dream—the belief that effort and ability should determine outcomes, not the family or community we’re born into.

But there’s no way to address wealth inequality if Americans of all stripes don’t unite behind the idea of redistributive policies. We need a policy solution that not only gives blacks a fair chance, but also provides the same for millions of asset-poor and financially insecure white Americans. Yes, on the whole, poor whites have more assets than poor blacks. But neither group has enough to cobble together wealth to make it through three months of no pay. Both groups, therefore, have a stake in seeing some wealth transferred from the top to the bottom.

History offers some inspiration on what that transfer has looked like in the past. America hasn’t always viewed wealth transfers as “rewarding the lazy.” At times in our collective history, we’ve seen wealth transfer as a unifying way to restore balance to the American economic system. In the 19th century, Congress passed the Homestead Act, and in the 20th century it enacted the GI Bill. Both required considerable individual effort, and both offered the real promise of changing existing systems—promoting property ownership with the former and higher education with the latter—in ways that transformed power and pathways to prosperity for generations.

The GI Bill had a particularly profound effect on American life. Within eight years of the bill’s signing, in 1944, it had returned every dollar invested in education nearly seven-fold in economic output and federal tax revenue. This is evidence of how a timely wealth transfer that aligns with the American belief in rewarding effort and ability can fuel economic growth. In the 21st century, even if blacks receive proportionally more to account for the added loss that racial inequality has cost them, both blacks and whites stand to benefit from a wealth transfer.

Though often branded as un-American in political discourse, the idea of a wealth transfer, as formulated here, fits with America’s collective narrative of individual effort. A thoughtful wealth transfer equips all people with tools that can complement their own contributions; it’s as American as the plow, the automobile, and the iPhone. The 21st century has yet to see such a wealth transfer, despite the fact that increasing inequality has never made it more urgent.

When’s the last time we, as a country, were unified enough to call for—or demand—our politicians to create a wealth-building program as grand as the Homestead Act or the GI Bill? It’s time, past time, to do that now. After all, an American problem requires an American solution.