We Need Data to Rebuild Trust in the Police 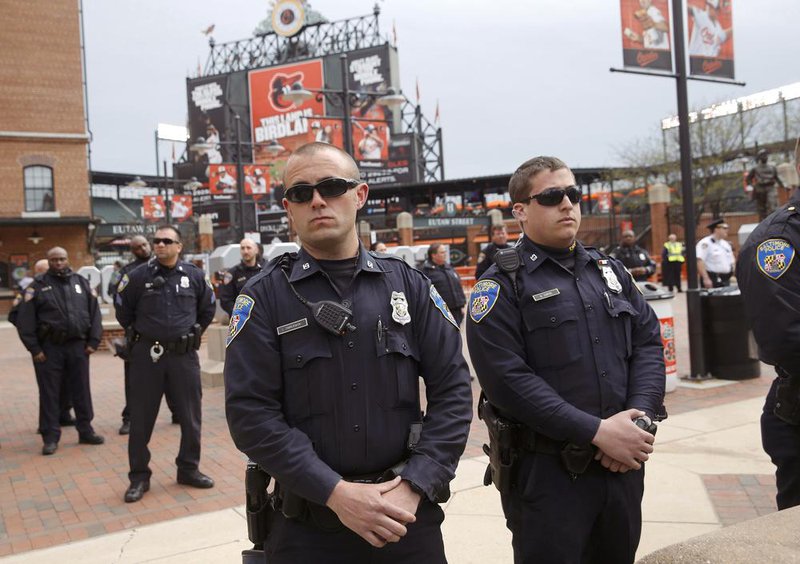 The US Department of Justice released a startling 163-page report this month that details widespread discrimination and excessive use of force in the Baltimore Police Department (BPD). The report concluded “the relationship between the BPD and many of the communities it serves is broken.”

The year-long investigation uncovered shocking statistics about the systemic abuse and racial bias by police in Baltimore, such as:

These data points were only uncovered after months of painstaking review of hundreds of thousands of documents by investigators. That’s because, according to the report, BPD “fails to collect and record important data on a broad range of activities and that, when it does collect data, BPD does not use the data to manage and supervise officer activity.”

The lack of data undermines the ability of the community to review the activities of their police and ultimately widens the trust gap between citizens and police. The paucity of police data extends well beyond Baltimore and runs deep throughout the nation.

According to the FBI, only three percent of the United States’ 18,000 police departments report use of force data to the public. FBI Director James Comey calls the lack of data “ridiculous and embarrassing.” Stephen Morris, head of the FBI’s data collection efforts, acknowledges the “widespread frustration over lack of reliable data on incidents” and that “it is now the highest priority.”

Comprehensive, reliable, and timely data is the lynchpin of efforts to rebuild trust between citizens and police. We cannot solve the problem of this broken relationship without answering several key questions. How many officers are actually using force excessively? Do officers use more force when confronting a black suspect compared to a white one? What can we learn from the data to reduce the number of deadly force incidents? And we cannot answer these questions without a comprehensive and unbiased understanding of the issue at hand. We need better data and a lot more of it.

Why is there a lack of data? For several types of police conduct incidents, data collection and reporting is not mandatory at the federal level, and few states have adopted mandatory policies. There has been preliminary progress in improving the current state of affairs: California has lead the way at a state level with the passage of Assembly Bill 71, a law requiring police departments in the state to report every use of force incident that results in serious injury or death according to a common data standard. However, we are perhaps years away from nationwide data standards and ubiquitous reporting.

Severe gaps in technology present another major challenge for police departments to collect and report data. Nearly 85 percent of police departments have less than fifty officers. These departments lack the resources and technical know-how to support necessary data collection systems. Without these systems, departments are relegated to paper forms and unable to report high quality, digital data.

In order to effectively address the lack of police data, leaders in policy and technology need to work in tandem to develop innovative approaches. Of critical importance is the promotion of mandatory data collection policies that drive the creation of standardized and accessible data collection platforms. At Bayes Impact, the technology nonprofit I co-founded, we’re building open source and freely accessible web tools for police departments to collect and publish data according to a common data standard. We collaborate closely with government to build technology tools that compliment and bolster data collection policies. Through our work, cities and states are releasing, for the first time, all-digital datasets on police conduct.

Momentum is growing across the nation for approaches that combine policy and technology approaches to make police data publicly available. Open Justice in California is providing accessible web-based tools to explore rich state datasets. The White House Police Data Initiative is building networks of police departments across the country that are committed to publishing data. At a federal level, the US Bureau of Justice Statistics launched a web-based reporting platform for all US police departments to report arrest-related deaths. Through its web-based approach, the system has demonstrated significant improvement in reporting volume and accuracy compared to previous methods.

These initiatives show great promise and potential to rebuild trust between the community and police through data. As tensions between citizens and police continue to divide our country, comprehensive data about police conduct is a necessity for police reform. Without it, we cannot hope to identify areas of improvement and promote an environment of mutual understanding.

Most importantly, we should remember these data are more than just points on a graph. They represent the lives of the people in our communities. Data give people a voice, and that voice is lost when data are unavailable. Nowhere is this more apparent than the serious injury and loss of life experienced by citizens and officers during violent and divisive encounters. It is now more critical than ever to make police data available to the public.