The Worst Club in the World 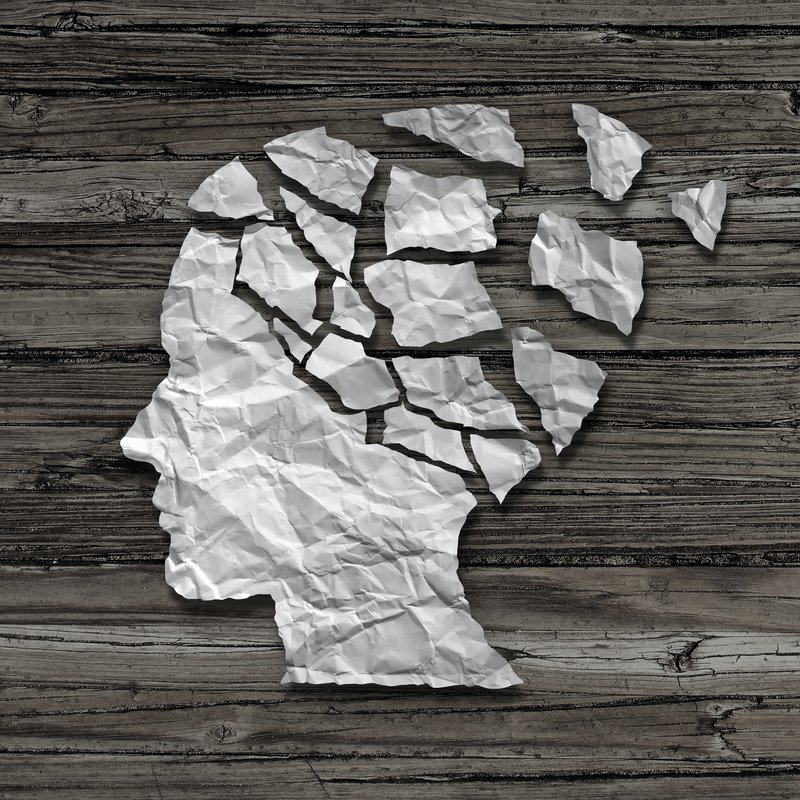 The first time I remember seeing my father’s symptoms, I was a junior in college spending a year abroad in Paris. He was passing through town and had taken my two roommates and me out for dinner. We drank a fair amount of wine, but not more than I’d seen my Australian dad put away at parties past. So I was shocked when, after he’d paid and we went to leave, he became embarrassed and disorientated: He’d forgotten which hotel he was staying at.

He came off as a drunkard to my roommates, but I was immediately concerned: I knew my smart, savvy father, who had spent 40 years as a United Nations diplomat, would never forget such a simple fact unless something was seriously wrong. Three years later, he was diagnosed with early onset Alzheimer’s. He was 60.

I knew nothing of Alzheimer’s at the time. I have since spent 15 years researching it, living with it. For a long time, I was one of the only people I knew who had this secret—because it was a secret at first. But, increasingly, I realized that I am not alone. Every 67 seconds, someone in the U.S. develops the disease. It is now the sixth leading cause of death, and those afflicted may not even know it: 45 percent of people with Alzheimer’s are never even told by their caregivers that they have it. My father remained in a state of semi-denial for the better part of the next decade.

My parents retired to Naples, Florida. They worked out a system of cues. My father would look to my mother. She would make some slight gesture, and he’d know how to tell a certain joke, or regale a favorite story. The blessing of muscle memory also helped mask his mental deterioration: 10 years after his diagnosis, he could still shoot six under par on a round of 18 holes of golf. His friends hardly realized that he couldn’t remember any of their names.

When my mother died, his secret came out. He looked to me to play her part, to provide cues I didn’t know. In fact, much of the time he thought I was my mother. My mother only made my father sleep in the guest bedroom when she was mad at him. He couldn’t understand why I was sleeping in the guest bedroom and not with him. Every night, he’d try and climb into bed with me. He even once, touchingly, proposed.

As an only child, I wanted more than anything to be able to care for my father after my mother died, and I moved him to Washington to be closer to me. But no matter how much I loved him, I wasn’t equipped to help him. I couldn’t trust him to be alone when I went to work. He’d walk the dog and five panicked hours later, the police would find him and Bella six miles away. One day, I came home to a house full of gas: He’d tried to cook but was used to an electric stove.

He still looked fine: He could dress himself, do laundry, brush his teeth and hair. But cutting his toenails one night ended up in a bloody trip to the emergency room and six stitches. He ate perfectly, wielding a knife and fork as if dining with the queen. So few people realized that behind the scenes, things were not connecting. His neurologist once likened the disease to an ever-deteriorating game of telephone. A normal brain connects A to B to C. But in the brain of an Alzheimer’s sufferer, an increasing number of those connections are missing. So they might go A to X to M to Q to C. More and more gets lost in translation.

One small cruelty of the long goodbye is that many of those suffering from Alzheimer’s don’t realize how incapacitated they are. I quickly realized that I had to put my father in a home; there simply wasn’t a choice. It’s important to keep people with Alzheimer’s as engaged as possible. Locking him in my home all day with a nurse would’ve been as bad for him as it would’ve been for me. Homes offered classes, art, music, movies, dancing, even golf—and, most importantly, friends on his level. But my father didn’t—couldn’t—understand why I needed to do this.

I took my father on what felt like the worst day of my life—worse than the day my mother died—on a tour of 13 homes with memory units. It was awful. Most places park residents in wheelchairs in front of blaring televisions. But there were a few that were good, with sunlit, looping corridors designed for restless wanderers like my dad. At every station were different activities: an iPod playing music, some bunnies in a cage, a yoga class.

At first my father refused to even enter the homes. But by the end of that long, wrenching day we made dinner at home and he had a rare moment of clarity.

“Which did you like?” I asked, not really expecting a lucid answer.

“The second to last,” he responded.

“Really?” It had been my favorite as well.

That memory is the one I choose to keep. The next day when I dropped him off, he had no such understanding.

“You’re imprisoning me!” he screamed, slapping me across the face. “I can live alone. I don’t need you. I want to live alone.”

My sweet, gregarious, happy-go-lucky Australian father who had never harmed a fly, never yelled at me in his life, had to be hauled away by orderlies. That proved to be the absolute worst day of my life. I felt completely inadequate: a failure as a daughter, as a caregiver. And yet, I saw no other path forward.

I was young to have to deal with Alzheimer’s. Many of my friends are just now beginning to go through what I did. I try to be a resource for them. I fear, with the number of people suffering from Alzheimer’s expected to nearly triple from 5.3 million to 13.8 million by 2050, that my story will become all too common.

The other day, I was in CVS buying deodorant. I was looking at the ingredients in each stick, trying to avoid ones with aluminum chloride, aluminum chlorohydrate and aluminum zirconium, which have been found to cause nerve cell damage in rabbits.  I have no idea if aluminum causes Alzheimer’s, and more recent research doesn’t suggest a connection, but there are a lot of theories that the two are linked and it’s better in my mind—having seen the end game—to be safe than sorry.  So I avoid aluminum cans and tin foil and certain kinds of deodorants. My father was the first in his family to suffer from the disease and he always believed, when he was more lucid, that his case was environmental, having spent much time in dodgy African mines in his youth.

At CVS, a woman came up next to me and began a similar search. “Aluminum?” I asked. Yes, she said. Her mother had just been diagnosed with Alzheimer’s and she’d been reading all about it. It seems there is a not-so-secret club of Alzheimer’s caregivers forming and we have clues to recognize one another, subtle cues like those my parents used. In fact, there’s a growing market developing that services people like us: brain teaser apps, special recipes and beauty products. We are the world’s largest, least desirable club.