The Veil in Senegal 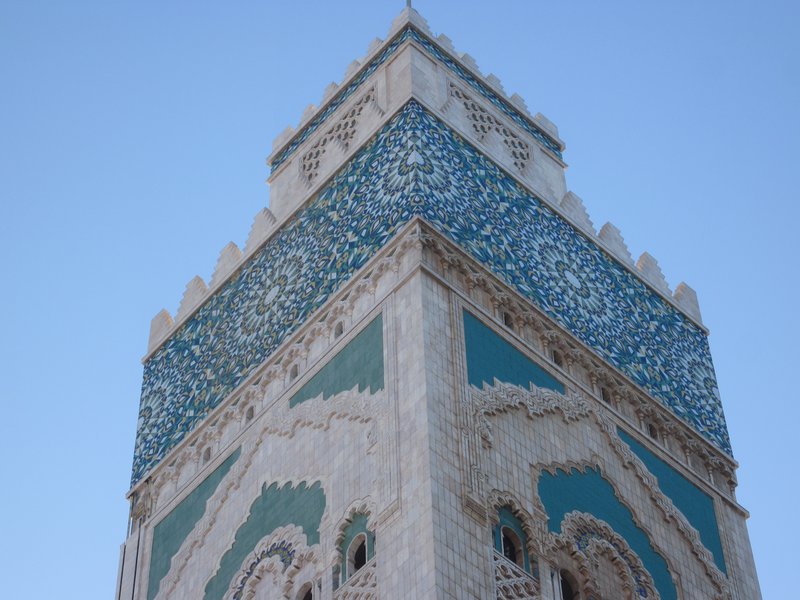 Senegalese authorities arrested men who were attempting to introduce a more radical form of Islam into the country last month. In response to this incident, and to growing religious extremism in the Sahel and West Africa, the president of Senegal, Macky Sall, made a statement in which he called for Senegal to maintain its practice of “tolerant Islam” and not adhere to new forms of practice. He also banned the use in Senegal of the full veil or niqab, which obscures the face and much of the body, versus the hijab, which covers the hair.

And yet Senegal can serve as an example to Western countries as to how to practice religious tolerance and inclusion.

The veil occupies a contentious place in some African and European countries. For instance, the Republic of Chad in Central Africa recently made wearing the niqab illegal because it was being used to conceal explosives and carry out attacks for Boko Haram. Similarly, France has banned the use of veils in the form of niqabs and burkas in public, and veils as well as other religious symbols, such as crosses, are not welcome in schools. Many French citizens from Christian religious backgrounds are becoming increasingly secular, but France’s Muslim populations are more recent, and many Muslims are more devout in their religious practice than their French Christian counterparts. As a result, Muslim communities in France may well have felt more affronted about the push to move religious symbols from public spaces than those with Christian (or Jewish, or any other) heritage.

But first, to go beyond the veil: There is talk—much talk, in fact—of a global rise of extreme Islamic devotion and terrorism. The aforementioned recent attack in Paris is but one recent, vivid example. And there is talk—much talk—of this rise in religious extremism being a response to geopolitics. In the case of France, tensions have long been simmering between French citizens of different religious backgrounds and the large influx of immigrants with legal and illegal status. These tensions reflect France’s complicated relationship with immigrants from countries it once colonized. Many French citizens from African and Asian countries live in the suburbs, with some relegated to projects. People from these areas often face racial and religious discrimination, which has resulted in social and economic marginalization. The past decade has made quite it clear that the youth of these populations is not going to accept this marginalization, and how it has, instead, turned to explosive protest.

Consider the cases of 2005 and 2009. In both instances, riots spanning several areas began in response to youth from the suburbs dying in police custody. The riots in 2005, for example, began in Clichy-sous-bois and lasted three weeks. They eventually spread throughout Paris, the Parisian suburbs, and cities throughout France, including Lyon and Marseille. In both incidents, youth were largely responding to feelings of discrimination, especially in the form of high rates of unemployment.

Coinciding with these riots, the larger political climate in France has seen the rise of political figures, such as Jean-Marie and Marine Le Pen of the National Front party, who regularly incite religious tensions and xenophobia. Many black and brown people are routinely stopped at metro stations, on the streets, and in other public spaces, and asked to show papers. The rise in these acts is attributed to an increase in undocumented immigrants—les sans papiers—but the surveillance of inhabitants of color due to age, color, or perceptions of class and legal status also contributes to new tensions. In order to help reduce future pockets of extremism, France needs to find ways to integrate these populations in ways that communities find productive. This is particularly significant as France has the largest population of Muslims in Western Europe.

And so, when I consider my experience in a country that has tried to meet the challenge of integrating groups from different cultural and religious backgrounds, I think not of France, but of my time in Senegal. Historically, Senegal has fostered a culture of tolerance that transcends religion. This West African country is more than 94 percent Muslim, and the first president of postcolonial Senegal was Léopold Sédar Senghor, a Catholic. The fact that a Catholic could successfully hold this post for twenty years speaks to religious openness of the country.

My first trip to Senegal was in the 1990s, when I went to study Wolof and to determine if I wanted to pursue graduate work in Senegal. It was also my first time traveling to the African continent, and I stayed for two months.

There were a host of challenges on my first trip, but there were also a number of joyous moments. There are still people I know and places I visit that I was introduced to during that first trip. My Wolof language study was intense: Instruction took place five hours a day, five days a week. Sometimes my head felt like it would explode, and I needed a break from the mundane classes. One of my instructors was understanding and would allow me to approach language training in interactive ways. When time permitted, we took trips to markets and gatherings, and to visit his nuclear and extended family members. This allowed me to practice my language acquisition in more practical ways. For me, this type of instruction worked well. My Wolof language skills improved, and I spent my out-of-class time visiting libraries and archives and discovering greater Dakar.

Some of my strongest lessons took place out of the classroom, during my interactions with others. Everyone knew that I was not Muslim, but no one seemed to care. Senegal was a model for Muslims, Christians, and others to peacefully co-exist. I regularly saw mosques overflowing with prayer-goers on Friday and Islamic religious celebrations. Similarly, I often heard church services coming from the huge cathedral downtown or churches in smaller neighborhoods, and witnessed wedding parties flowing out of cathedrals.In addition, despite the heavy Muslim population, it was and is relatively easy to purchase Christmas trees on the streets or in markets during the holiday season.

This religious tolerance was underscored for me later when I was living in Senegal on September 11, 2001. I had been in Senegal a year on a Fulbright fellowship when the attacks on the World Trade Center and the Pentagon took place. I remember watching in shock and trying to absorb as many news reports as I could. I watched news in French and English from the BBC, CNN International, Senegal's RTS, Al-Jazeera (someone translated from Arabic), and a few now-defunct regional Francophone African stations. Despite the origin of the broadcasts, 9/11 was the top story for days on all of these stations and I, like viewers back in America, watched the endless replay of the Twin Towers collapsing. This event sent ripples around the globe.

At that time, in Senegal, I lived in a largely Senegalese neighborhood, not an expatriate community. There were only a few of us who weren't Senegalese by origin – a Mexican woman married to one of my Senegalese neighbors, an American woman, a professor who lived a street over with her Senegalese husband, a few men from the Central African Republic, a British family, and me. Everyone knew who we were and where we lived. The area was close-knit. After September 11, neighbors used to come and check on me. People that I had not spoken to before in the neighborhood inquired about my personal well-being and that of my family and friends in the United States. I felt as safe and secure in my neighborhood as I had before.

Senegal, while still largely tolerant, has seen a rise in some more conservative adherents to Islam. More women are covering their hair or bodies with Islamic markers borrowed from other parts of the Muslim diaspora. It is more common today to see women who cover their heads in public, and to see them do so with material that does not have a print motif. During my most recent trip in April, while shopping in a public market, a man confronted me for not covering my hair. I shared with him that I was neither Muslim nor Senegalese, but he didn't care. I failed to discuss this incident with the friend who accompanied me to market, since we quickly became distracted in our bargaining for earrings. In the moment, I felt annoyed but not unsafe as our hunt for bargains effortlessly continued.

Despite this awkward moment at the market, I have never witnessed any severe targeting of non-Muslims in Senegal. Senegal has not followed the path of other countries in Africa, such as Nigeria, where religious tensions have led to extremist instances of attacks or murders of Christians or Muslims. At the same time, Senegal has integrated its religious minority in ways that places in Europe, such as France or Germany, have not yet achieved.

I have recently initiated conversations with Senegalese nationals and scholars who work on Senegal in my efforts to unpack these changes. Some women, like those who practice Sunnite Islam, have long worn a hijab-style veil in order to display their religious devotion. However, more women who practice Sufi forms of Islam are now also veiling more frequently in this manner. Many Senegalese women argue that this trend is "fashionable," but that it also makes them feel more religiously devout. It will be interesting to observe if this trend will take hold in Senegal, or if a new form of religious display or fashion will supplant it soon. It now appears to that “fashion” may be regulated by the State in cases where the veiling obstructs the identity of a woman (or a man). Despite the evolution of Islamic practice in Senegal, the country remains largely tolerant, and hopefully it will continue down that path.

Senegal can be used as an example of the benefits of religious tolerance and global cooperation. Perhaps the historical and contemporary ease with which small religious minorities co-exist with a very large religious majority can be used as an example to relieve tensions and conflict in other parts of the continent and the world. Perhaps, while Western countries debate how best to keep foreign influences out, they would do well to observe the tolerance on display in Senegal.