A Texas Legislative Session Without an Abortion Fight? Unlikely. 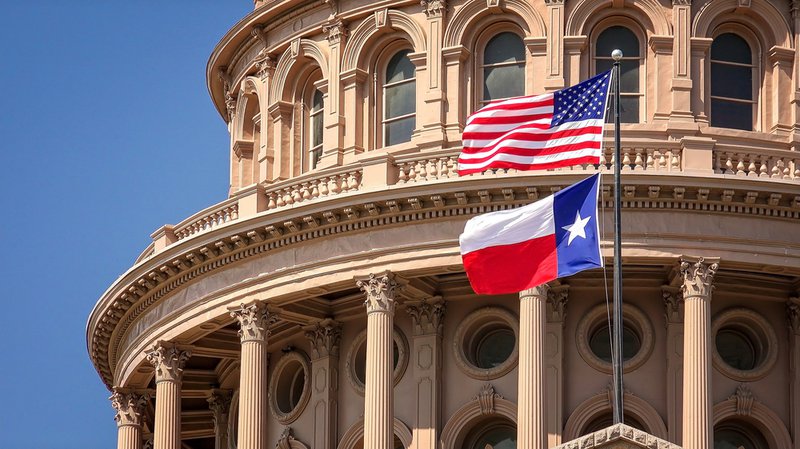 In every Texas legislative session in recent memory, there's been at least one showdown over abortion legislation — and this year's is unlikely to be an exception.

Despite the fact that lawmakers have so far been focused on bipartisan "bread and butter" issues like property taxes and school finance, more than a dozen abortion-related bills are circulating in the state Capitol — and advocates on both sides of the issue are honing their strategies.

There's a bill that would prevent abortions in cases where parents decide not to have the baby based on its sex, race or disability. Another would ban abortions starting at conception. Still another would allow Texas to outlaw the procedure immediately if Roe v. Wade is overturned by the U.S. Supreme Court.

These measures come at a complicated time for the nation's abortion fight: The 2018 elections in Texas and nationally saw Democrats — and women — pick up seats amid the #MeToo movement and backlash against President Donald Trump. A strong conservative majority on the Supreme Court has fueled deep speculation on the future of Roe v. Wade. And proposed abortion bills in Democratic and Republican state legislatures alike have deepened the national divide over how far people are willing to go to protect or block the procedure.

State Rep. Donna Howard, D-Austin, said this session, divisive abortion legislation is taking a back seat to issues like property taxes and public education, where lawmakers have "a common purpose."

“I believe from conversations with some of my Republican colleagues they would rather be focused on what they were sent here to do, which is deal with those things that make a difference in the lives of Texans,” she said. “And right now primarily that is school finance and taxes, and they do not want to be distracted by the abortion issue.”

Joe Pojman, executive director for the Texas Alliance for Life, acknowledged that Texas legislators are “much more sober” on anti-abortion bills this session, in part given the 2018 midterm elections. Democrats flipped 12 seats in the Texas House in the midterms, marking the biggest shift in the lower chamber since the 2010 election cycle. Given their narrower margin, Republican legislators in the majority “want to make sure that the time that is available for social issues involving abortion is very well spent," Pojman said.

“No one is attributing the loss of Republicans to their support for the [abortion] issue,” Pojman said. “Nevertheless, I want to make sure the bills that are debated are going to have wide support among the public and voters in particular, and I think that will be the case.”

Marsha Jones, executive director of the Afiya Center, a reproductive rights group based in Dallas that focuses on black women, said she doesn't buy the argument that abortion opponents are less aggressively pushing abortion legislation this session.

In the last several sessions, Texas legislators have created 24-hour waiting periods before an abortion can be performed; tightened restrictions around how minors can obtain court approval for an abortion without their parents; required women to pay a separate health insurance premium for non-emergency abortions; and required extra data from health facilities about abortion complications. Some of their new laws have been blocked by the courts, including a measure requiring abortion providers to bury or cremate fetal remains; and a ban on "dilation and evacuation" abortions, the most common second-trimester abortion procedure.

Yvonne Gutierrez, executive director for Planned Parenthood Texas Votes, said some of the bills being proposed this session would make low-income people, rural residents and women of color — who don’t always have access to care in their communities or the financial means to obtain the procedure — more vulnerable.

In the 2018 midterms, she said, Texas voters sent a different message around marginalized communities.

“I think what we’ve seen is overwhelming support for women’s right to access abortion and they don’t want to see that taken away,” Gutierrez said.

The bill is “virtually creating a situation where you would have no abortions,” Howard said. “So many people don’t even know they’re pregnant at that point in time that by the time they found out it would be too late to make a decision that you have a legal right to make.”

Rep. Briscoe Cain, R-Deer Park and the author of the bill, said in a news release last month that “the heartbeat is a universally recognized indicator of life” and that it should “also apply to our most innocent and vulnerable Texans.” In a separate news release last month, he said 39 other state legislators had signed onto the bill as co-authors.

“A society is judged by the way it treats its most vulnerable members,” he said. “I believe the most defenseless members of our society are innocent unborn children.”

Several other state legislatures including Florida, Kentucky, Mississippi, Missouri and Tennessee are considering similar heartbeat legislation. An Iowa judge blocked that state from going forward with its own version of the law in January. The American Congress of Obstetricians and Gynecologists has previously opposed those types of bills, calling them unconstitutional and unnecessary.

The Afiya Center's Jones said she’s worried about the potential damage a heartbeat bill could do. She said Texas’ reproductive rights community is still recovering from 2013's House Bill 2, which required Texas facilities performing abortions to meet hospital-like standards — including minimum sizes for rooms and doorways and pipelines for anesthesia — and shut many of them down in the process. The U.S. Supreme Court struck that measure down, but Jones said many clinics haven’t reopened.

Rep. Giovanni Capriglione, R-Southlake, said despite Republican losses in the last election cycle and a focus on other top issues, he and his colleagues have not lost sight of anti-abortion bills. Capriglione is the author of House Bill 1685, which would outlaw abortion in the state if Roe v. Wade is overturned.