Tech Toy Tension for the Holidays 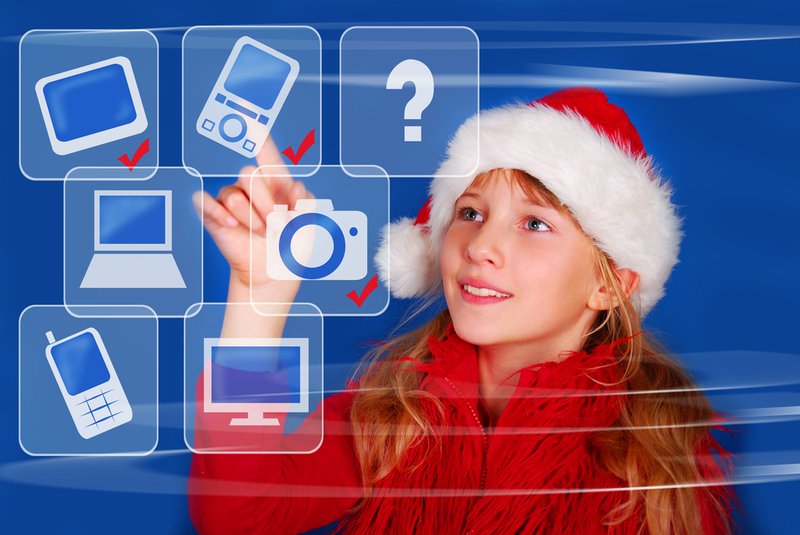 It happens every year at this time: American parents, en masse, endure the torturous tradition otherwise known as “giving the perfect toy to your little one this holiday season.” Until recently, this stress had been induced primarily by advertisers of hot new games, dolls, and Lego sets, accented by those gnawing worries of back orders, shipping woes, and duplicates from unwitting grandparents.

But now there is another source of stress, one that lasts long past the holidays and did not exist for the previous generation: the special anxiety wrought by tech toys.

This is not the stress elicited by questions of which touchscreen tablet or e-reader to buy, though certainly those questions come with their own headaches. Nor is this the stress of affordability, which also is very real for the many families living on low-wage jobs. No, the source of this new stress comes from the touchiness and second-guessing, the raised eyebrows and passed judgment, and the genuine ambivalence and trepidation that seem to emerge with any decision parents make for their children around today’s new technologies.

Parents of means—middle-to-upper-income families with high levels of education—likely feel these anxieties most acutely. They have read the headlines about children spending hours in front of screens. They have seen the smiling kids in the commercials for the latest, greatest new e-reader or tumble-proof tablet. And contemporary culture has, so far, provided little more than these polar opposites: technology as either magic elixir or toxic brew. Having spent years trying to answer questions from many of these parents (and having my own struggles as a frazzled mother who spent years covering this issue as a reporter), I see the tension building each holiday season. Should I give my kids this tech toy, or not? If so, what are the consequences? If not, what do they miss out on?Somehow, what we buy our kids has become a litmus test for who we are as parents. Consequently, there’s a tension between being wanting to give children access to fun new games and tools—and not wanting to look negligent by letting a child spend time playing with a device. A few years ago, the New York Times ran a story about middle-to-upper-income parents in Silicon Valley who work for the tech industry but send their children to Waldorf schools where there is a concerted effort to avoid having young children use new media and technology. Emanating from the piece was a peculiar notion: that good parenting in the digital age means trying to keep kids from experiencing the digital age in the first place.

To all of this, I just want to say: Stop. The holidays are already loaded with unreasonable expectations for parents. Many are often working long hours in retail, hospitality, or offices pushing toward those end-of-year deadlines. They’re trying to juggle those responsibilities with after-school kindergarten concerts, heightened religious or cultural traditions (Christmas pageants, latkes, Toys for Tots), family travel arrangements, and tangles of icicle lights—all while creating happy memories for their kids (oh yeah, remember that part?). Given all this, I feel utter exhaustion on behalf of those who are also trying to fit some model of what it means to be “good parents” in their technology decisions during this holiday season.

So here’s a strategy that may help ease tech-toy tension: Don’t fixate on the device. Buy it, don’t buy it. Either way, it’s the interactions kids have with and around the toy—digital or otherwise—that matter.

An article in the Atlantic last month gave voice to my fatigue with a memorable headline: “Parents: Reject Tech Shame.” Author Alexandra Samuel pointed out how this “tech shaming” may not be doing us any good. “There’s a tendency to portray time spent away from screens as idyllic, and time spent in front of them as something to panic about,” Samuel wrote. But her research (a survey of 10,000 parents in North America) showed that the kids who have the least incidence of online behavior problems were those whose parents were not “limiters” or “enablers” when it came to technology, but instead took on a role as “mentors.” “It’s not our job as parents to put away the phones. It’s our job to take out the phones, and teach our kids how to use them,” she wrote.

Being mentors for our kids is not a new idea, but for many years it has been overshadowed by warnings of technology’s harm and recommendations to try to limit children’s “exposure” to screens. (The medical profession’s use of the word “exposure,” which showed up most recently in a November article in Pediatrics on “Exposure and Use of Mobile Media Devices by Young Children,” has probably has something to do with all this tech shaming.) For years, the American Academy of Pediatrics focused its attention on limiting children’s use to one to two hours per day, with recommendations to avoid screens entirely before children turned two.

This fall, however, the AAP signaled that it will be revising its recommendations. In an article for AAP News, pediatricians who lead the academy’s committee on media announced that the new guidelines would go “beyond ‘turn it off’” and recognize the importance of good content and healthy context in the use of screen media. “Parents should play a video game with their kids, and always co-view with infants and toddlers,” they wrote.

Research from the Joan Ganz Cooney Center at Sesame Workshop has been showing the power of these ideas for some time. The Cooney Center has been conducting national surveys and ethnographic studies of how families with young children are using technologies today. One top-line finding is that many Hispanic families find digital media and technology to be important and highly valued for family connection, conversation, and learning. Their studies are a powerful reminder of the diversity of families out there today—and that conversation and connection can take many forms, with or without technology.

Lately, the Cooney Center and our Education Policy Program at New America have taken these messages a step further. Our research started to explore the mantra of the Three C’s—content, context, and a child’s needs—to help guide decisions of what types of technology to use with young children. (For more, see Screen Time.) This approach has been extended this year with the publication of our book Tap, Click, Read: Growing Readers in a World of Screens, which examines how technology is affecting the act of learning to read. We promote a “third way” of thinking about technology that puts the emphasis on human interaction and children’s language development without demonizing digital options. For example, we explore how a growing number of early childhood programs and libraries throughout the country are using e-book storytime, video clips, and text messages in mentorship programs to promote parent-child conversation. (This week we released an interactive map with descriptions of many of these programs, and tapclickread.org features video examples.)

These mentorship and joint-engagement ideas are decidedly unlike putting one’s faith in buying a device and relying on the app store. Not only are app stores relatively disorganized and uneven in their offerings of quality—as described in a new report released this week by the Cooney Center, Getting a Read on the App Store—they are also of little help to parents looking for games and e-books that promote social interaction and conversation. Instead, parents may find less hype and more focus on toys and games that enable back-and-forth interaction by visiting curation and award sites such as Common Sense Media, Parents’ Choice, Children’s Technology Review, and an outcropping of intriguing others (we describe eight of them here). Libraries and public media such as the children’s librarians’ annual book-and-media awards and the PBS Parents site can help too.

And after the holidays, in the new year? Let’s make 2016 about simply observing and marveling at how our kids like to play, delighting in what makes them laugh, challenging them to work together to solve problems, and talking with them about what they want to do—both on and off screen.