Rohingya Inclusion Requires a Cultural Shift, Not a Technocratic Fix 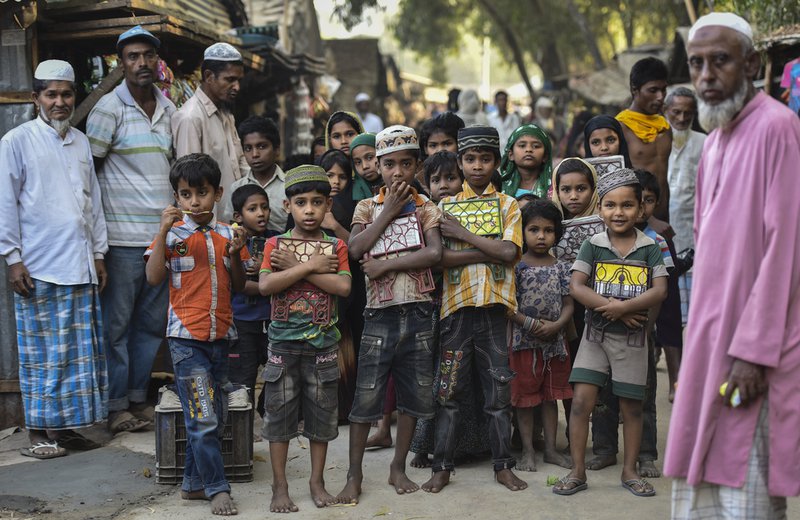 YANGON, Myanmar — Under the cover of darkness, on Aug. 25, a militant group—drawn from the largely stateless Rohingya community in Myanmar—mounted coordinated attacks on 30 police posts in the far north of Rakhine State, close to Bangladesh. The Myanmar military’s reprisal was swift. Troops began a sweep of villages, where over a million Rohingya then resided in a narrow coastal strip. This prompted an exodus of over half a million across the border into chaotic, ill-supplied refugee settlements.

But consensus on the events of the last two months stops there.

Concerning the alleged ethnic cleansing of the Rohingya Muslim minority, Myanmar and the rest of the world inhabit separate realities, where the roles of victim and victimizer are switched, and where claims of misinformation bounce neatly off of each other. It may surprise those outside of Myanmar, the pariah state-turned-semi-democracy, to learn that many Burmese, following government cues, believe that the Rohingya are burning down their own homes before fleeing as a means of framing the Myanmar government and attracting humanitarian aid. Moreover, many Burmese widely dismiss as fabrication voluminous accounts from Rohingya refugees of arson and murder by the Myanmar military, though many refugees display gunshot and machete wounds.

Khin Zaw Win, director of the Yangon-based Tampadipa Institute and a former political prisoner, told me over email: “The attitudes of the Myanmar public are the greatest long-term concern. The state is doing nothing on this except to harness those sentiments for its own sordid ends.”

Yet it’s here, in the battleground of public opinion, where peace-building must start. For the moment, the government of State Counsellor Aung San Suu Kyi has placed its hope in a technocratic fix to the Rakhine State crisis—increased investment and international development cooperation, layered onto a brittle status quo. But, in the absence of a broader cultural shift in Myanmar, any such strategy will be stillborn.

What’s sorely needed is to part ways with old, failed doctrines of national identity, founded on exclusion and shaped by half a century of military rule, and to broach a more tolerant conception of citizenship and belonging—one that’s at peace with Myanmar’s place in the modern, globalized world, and with its own traumatic past of colonial occupation and military misrule.

The Trouble with Technocracy

On Oct. 4, Information Minister Pe Myint convened a meeting of Myanmar’s media luminaries to coordinate a fightback against the abundance of “fabricated news” supporting claims of ethnic cleansing. Many Burmese feel that the outside world has a poor understanding of their country, yet it’s unclear how to address Burmese calls for “balance” in international coverage, given that such calls are bolstered by sweeping dismissals of the scale and gravity of Rohingya suffering and categorical rejections of their claims to a local identity.

Local media rarely face similar demands of “balance”: Myanmar’s newspaper men have largely been content with repackaging government press releases about Rakhine State and following military tip-offs about alleged massacres by the insurgent Rohingya group, while shielding the public from the desperate scenes across the border in Bangladesh.

Indeed, at its most indulgent, the popular Burmese view is of the Rohingya as “guests” who can enjoy their residency and meager livelihoods at the sufferance of the true sons of the soil—the taing yin thar, or “national races.” By taking up arms, the Rohingya have violated the terms of their stay. Their flight across the border—with all that may happen to them along the way—is no tragedy. They should’ve been better guests.

As attitudes harden across the nation, what solutions have actors advanced?

A government-appointed advisory commission on Rakhine State, headed by former UN Secretary General Kofi Annan, delivered its report just hours before the Aug. 25 attacks. The commission advocated legal and administrative reform to address formal Rohingya exclusion—allowing freedom of movement and concomitant access to healthcare and education—as well as investment aimed at inclusive growth in the long-neglected state. Although the military grumbled about “inaccuracies,” the civilian government promised speedy implementation.

The military crackdown and ensuing humanitarian disaster has since drastically overshadowed the Annan report, but Suu Kyi insists that her government remains serious. In September, the government formed a 15-member committee, led by Union Minister for Social Welfare, Relief and Resettlement Win Myat Aye, to oversee implementation. However, it will also take on board recommendations from a separate, investigative commission, helmed by military-appointed Vice President Myint Swe, that earlier claimed to have found “no evidence” of any military excesses in northern Rakhine State.

Perhaps the government reckons that, with a sufficient show of pragmatism, the international community will shelve its momentary interest in accountability for human rights abuses and pledge the necessary monetary and technical assistance. Given that Myanmar’s present constitution shields the military from civilian oversight, accountability isn’t within Suu Kyi’s power to deliver. But any moves toward Rohingya inclusion, as outlined in the Annan report, would have to contend with the ingrained hostility toward the Muslim minority that permeates not just society, but the many arms of government.

Political and legal reform is necessary, but it’s far from sufficient in addressing Rohingya exclusion. An enduring myth is that the 1982 Citizenship Law singlehandedly “stripped” the Rohingya of their citizenship. Although clearly written in a spirit of racial prejudice—setting arduous requirements, including residency extending over multiple generations, for those who don’t belong to the “national races”—the 1982 law allows for those recognized as citizens under previous laws to automatically qualify, under article 6. This includes many Rohingya, some of whom still hold the documents to prove it: the trifold National Registration Cards that once entitled them to equal rights as citizens. Along with members of other ethnic groups, many dutifully handed in their obsolete NRCs from 1989 onward. That they weren’t issued with the replacement documentation, the pink-colored Citizenship Scrutiny Cards, is down not to law—but to discrimination.

An essentially racial conception of national identity, under which Rohingya citizenship was a mistake in need of correction, informed this administrative coup. The official motto of Myanmar’s immigration department—emblazoned in large letters in offices across the country—is a good summation of baseline attitudes, roughly translating as, “A race cannot be swallowed by the earth, but by another race.”

In one of its bolder moments, the Annan commission recommended a review of the 1982 Citizenship Law. This would prompt furious resistance from both Rakhine and Myanmar nationalists. But, even if the law were replaced with one actually consistent with global norms against discrimination and statelessness, there’s little reason to expect that its application would be less arbitrary. Internationally lauded reforms since 2011 have scarcely touched Myanmar’s justice sector; the NGO Justice Base captures its disarray in a recent report. Weak rule of law means that attitudes shape realities far more than they do in established, rule-bound democracies.

Case in point: a camp in the central Rakhine township of Myebon. One of a number set up across Rakhine State to intern those displaced in anti-Muslim pogroms in 2012 and 2013, its residents were the targets of a pilot citizenship verification drive in 2014. Although outrage from the local Rakhine Buddhist majority cut the drive short, more than 200 were awarded citizenship. But most are still trapped, barred from accessing the town and its services by hostile local Buddhists and preyed on by police seeking bribes.

Given that popular prejudices are likely to hold reforms, however well intentioned, hostage, a debate over the terms of national identity has critical implications for Myanmar’s direction of travel: Will the country retreat into defensive nationalism and row back on the slight but tangible gains of a more open society? Or will it continue its tentative rapprochement with the wider international community and global norms?

Having this debate will require a difficult confrontation with the military’s own nation-building project, which it imposed by force for more than half a century with devastating consequences for peace in the borderlands and the broader development of the country.

Before reforms launched in 2011, the Tatmadaw controlled all levers of the state; it now shares power with an elected civilian government but retains full control over national security. The exclusion of settler communities—notably those of Indian and Chinese descent—who were seen to prosper during British colonial rule, from 1826 to 1948, was central to the Tatmadaw’s nation-building project, launched after the coup of 1962.

General Ne Win’s regime, which lasted from 1962 to 1988, deliberately advanced the prevailing doctrine of “national races”—under which the government recognizes 135 ethnicities in Myanmar, crudely distributed across eight “national ethnic races” with little regard for linguistic variation or known origins—as part of a disastrous program to isolate the country and wrest the economy from the hands of predatory “foreigners.”

Yet, the integrity of the “national races” remains a key article of faith for many in Myanmar today and is part of the rote learning diet of every school child. This notion, and essentialist view of identity that underwrites it, should be the first causality in any cultural shift toward greater tolerance and openness.

However, given the military’s continued dominance in political life under the 2008 Constitution, and the civilian government’s reluctance to repeal regressive laws on criminal defamation—under which even a provocative Facebook post or a pointed newspaper article can land someone in jail—the space for challenging these old, failed doctrines is heavily circumscribed. But it’s possible to forge the necessary space—with the right leadership from those who can afford to take bold steps.

Despite tumultuous change in recent years, Myanmar remains a society of hierarchy and deference. Authority figures—both inside and outside of formal politics—play an outsized role in inhibiting or enabling a change in attitudes. With an overinvestment of hope in Suu Kyi, we’re left scanning the horizon for alternatives. Meanwhile, at Suu Kyi’s direction, local media and civil society have largely rallied behind the government in its treatment of the Rohingya, leaving little room for dissent.

Khin Zaw Win characterized Suu Kyi’s “tattered protection of the military” as a “race to grab the tiller on [Burmese] nationalism—who can out-Herod the other regarding the Rohingya.”

As the supreme moral authority in Myanmar, Suu Kyi had to choose between confronting or co-opting the popular nationalism that feeds, daily, on the Rakhine State crisis. It appears she has chosen the latter. Even if she has a view to moderating the current fervor, and outflanking the ultra-nationalists who have repeatedly tried to undermine her and her party, this is a dangerous strategy. Having stoked the fires, the government may ultimately struggle to contain them.

It’s hard to fathom the middle ground between, on the one side, condemning the Rohingya as illegal settlers whose expulsion or segregation prompts few moral qualms, and, on the other, granting them basic civil and political rights as long-term residents of Myanmar who bear no other nationality, regardless of their complex ancestry. Yet in the years ahead, this is the very conversation Myanmar must have. Its future depends on it.