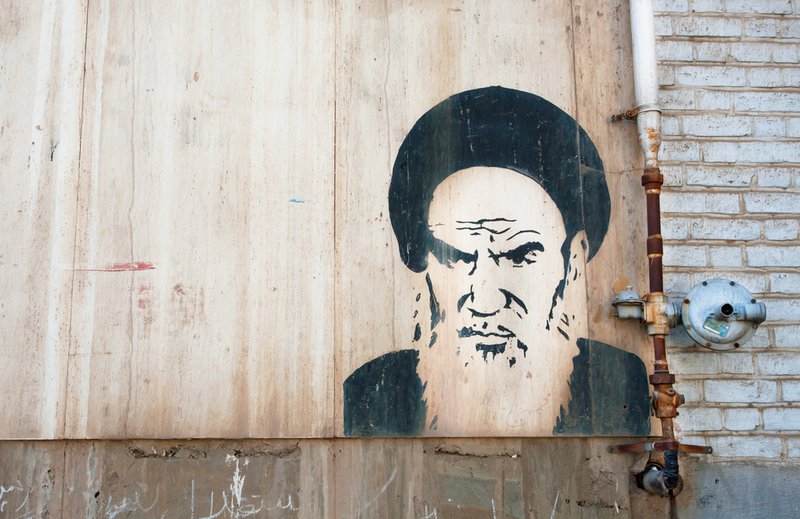 2019 marks 40 years since Iran witnessed the end of 2,500 years of monarchic rule. Over the course of only a couple of months in 1978 and 1979, a series of demonstrations saw the ousting of the country’s secular, pro-U.S. monarch Shah Mohammad Reza Pahlavi, as well as the ascendance of the conservative, anti-U.S. Ayatollah Khomeini, who had been in exile for more than a decade.

In the years following this popularly backed watershed moment, Iran has only found itself increasingly isolated on the international stage. In 2015, former President Barack Obama inked the Joint Comprehensive Plan of Action, better known as the the Iran deal, to address Iran’s nuclear program; he called it a step toward a more hopeful world. But in 2019, President Donald Trump pulled the United States out of the deal. This was reportedly in hopes of negotiating a “better” deal, though the past several months have given no reason for optimism, as Iran hawks in the Trump administration have even gone so far as to consider preemptive strikes against the country.

Clearly, the need for mutual understanding is more important now than ever.

To learn about the at times barbed legacy of the Iranian Revolution and the contemporary politics of the region broadly, I spoke with Christopher de Bellaigue, author of The Islamic Enlightenment: The Modern Struggle Between Faith and Reason and Patriot of Persia: Muhammad Mossadegh and a Tragic Anglo-American Coup. Our interview has been edited for length and clarity.

In your work, you’ve described the Iranian Revolution as a major innovation of Islamic orthodoxy and socialist thought, among other things. But recent reporting on the episode varies between nuanced investigation and vehement recounting. Forty years later, is there a certain way people ought to grapple with the revolution?

I think that the distance that we now have from the revolution is extremely helpful. The most interesting thing about the revolution is that it survived, that the revolutionary state somehow, despite all of those predictions of its imminent demise, continues to totter on and continues to live. And I think the main question one has to ask is: What is the secret of its resilience? Does it have an inverse relationship with the pressure being exerted on it from outsiders, in particular from the United States? Is that in fact a solidifying and unifying factor that the Iranian leadership skillfully uses because there is so much that has objectively gone wrong with the revolution?

There have been so many broken promises. The revolution was made on a prospectus of piety, of clean government, of concern for the poor and the downtrodden, and of national independence. That national independence derived a lot of its moral impetus from the 1953 coup. But now it’s hard to see anything other than the last element that still survives. What Iran does have is an ability to make its own decisions. Very often it makes the wrong ones, but the decisions come without consulting a superpower, and that’s something that’s extremely important and extremely rare—not to fall into another sphere of influence. But the rest of that prospectus simply hasn’t been fulfilled.

In that light, Reuters recently reported that Iran’s first president, Abolhassan Bani-Sadr, believed that Khomeini betrayed the principles of the revolution. But I wonder: Did the revolution have a distinct set of principles to betray?

The revolution’s principles evolved as the revolution went along. And it’s possible that even Khomeini himself didn’t have a clear idea of what kind of regime would come into being when he returned from France. And clearly his public utterances and actions were often at variance, particularly those utterances that he made to foreign journalists or to foreign politicians. But I wouldn’t take [Bani Sadr’s] account to be especially authoritative, because he, too, inched his way along the revolutionary path with a huge amount of wile and deception. He’s not a particularly reliable narrator of events, in my opinion, and he has a personal axe to grind.

Still, the revolution became Khomeini and Khomeini became the revolution. [The Revolution’s values] were inextricably bound up with the spellbinding authority that he had over many millions of Iranian people—a personal charisma that hasn’t been equaled in Iranian history since. So, it’d be hard to say that he betrayed the values that he himself incarnated.

What he did was leave behind a state that was structurally unable to cope with his departure because it had been built around him. So when you removed him, it’s much more dramatic than simply there not being any one big enough to fill his shoes. The entire nature of the state had been formed around him. And we see that today.

Let’s rewind a bit more. You wrote a book—2013’s Patriot of Persia: Muhammad Mossadegh and a Tragic Anglo-American Coup—on Mohammed Mossadeq, and you describe the former prime minister of Iran as the first liberal leader of the modern Middle East.The coup that removed him from power happened more than two decades before the Iranian Revolution, where we often start contemporary analyses of the country. Why is Mossadeq important?

I was inspired to write it because no proper cradle-to-grave biography had been written of this extremely important and emblematic figure not only in Middle Eastern history but also, to an extent, in world history. When Mossadeq was prime minister and nationalizing the Iranian oil industry, the world was becoming bogged down in the Cold War. Britain was ceasing to be an imperial great power and was declining very rapidly, its place being taken by a United States that had a slightly different set of priorities.

From an Iranian perspective, this is hugely important. Had Mossadeq been permitted or even encouraged to prosper, and had the British and the Americans not taken him down, then it’s possible that Iran’s history would’ve developed very differently, and that great watershed in human history which is 1979 would either not have happened or would have taken a very different form.

Are there any Middle Eastern figures global audiences ought to be learning about today, especially if they want to better understand the legacy of the revolution in the region?

In my opinion, thought in the Muslim world is one of the great neglected areas of global and particularly Western scholarship. That’s something that I tried to address in part in my book, The Islamic Enlightenment, because it brings to an audience that’s unfamiliar with the Middle East a new cast of actors and characters, all of whom were grappling with the same questions and conundrums that beleaguered Western thinkers and innovators at the time.

So, there’s a huge cast of characters who need to be looked at and praised and thought about. It’d almost be misleading to single one out, because none of them are known.

Khomeini is known because he was aggressive and hostile, and he frightened people. But the actual nuance of his thought and the way his thinking evolved hasn’t been fully appreciated. Mossadeq, again, is someone who’s an immensely fascinating and many-layered character in the way he thought about the import of Western ideas, and his conception of what the nation was is hugely relevant today. Still, no one knows anything about him.

Looking even beyond Iran, what are some of the biggest misconceptions that U.S. observers have of the Middle East broadly?

I’d say that the overwhelming misperception is that the Islamic world is somehow waiting for the West to enlighten it. And that has driven American and, more broadly, Western foreign policy for such a long time. It almost is part of our policymaking superstructure, our DNA. It’s predicated on the idea that we have something to teach and nothing to learn. And of course, this has now been shown to be false, particularly as Muslims living in the West contribute to policy and discussions as they unfold.

But also, as our own Western political and societal model comes increasingly under strain, it’s right that we look elsewhere, and start looking much more curiously at other ways of doing things and seeing if there’s something we can learn. Islam has to be part of the solution rather than simply a problem. It’s a fact of life that for so many people it enriches their lives, and it’s incumbent on us to work out where it can be a useful factor in our modes of thinking and our approaches to tackling problems. It’s just completely absent from the Western approach, and it needs to be there.