How Do We Move Beyond 'Proxy' Paralysis? 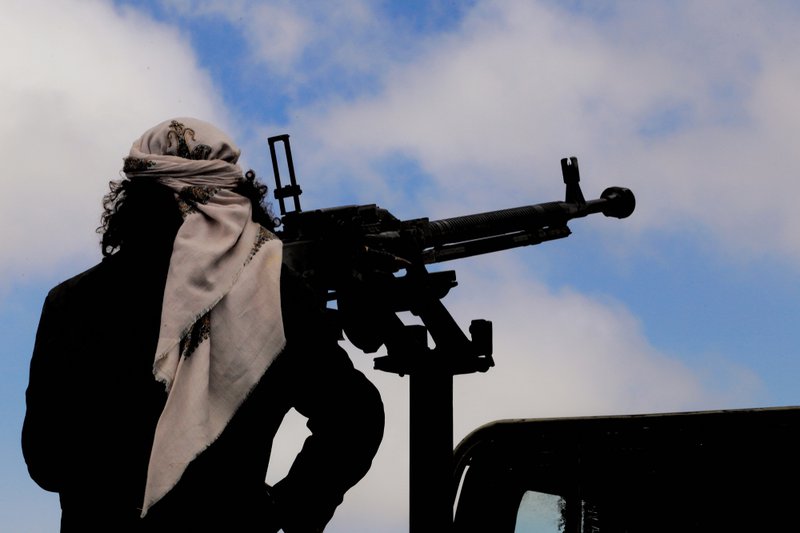 In January, a United Nations panel accused Iran of illegally shipping oil to Yemen’s Houthi rebels to help finance their war effort. The Houthis have also used Iranian-provided drones to conduct strikes, and the United States has imposed sanctions on Iranian officials for providing the Houthis with long-range missiles. These actions and accusations have led some analysts to describe the Houthis as Iranian proxies.

Other analysts, though, have argued that the Houthis can’t accurately be described as Iranian proxies, claiming that they are, instead, shaped by local dynamics, with Iran exercising little influence or control. For instance, Thomas Juneau, a professor at the University of Ottawa and a former Canadian defense analyst, wrote in 2016 that “Tehran’s support for the Houthis is limited, and its influence in Yemen is marginal. It is simply inaccurate to claim that the Houthis are Iranian proxies.” Similarly, in 2017, the analysts Joost Hiltermann and April Longley Alley made the case that “the Houthis are not Hezbollah” and that “Donald Trump wants to ramp up Yemen’s proxy fight against Iran. One small problem: Tehran doesn’t really have a proxy there.”

The debate over the nature of the Iranian relationship with the Houthis and others is vital; proxy warfare is a recurring element of the modern security environment, and will likely continue to be for years to come. At the same time, the debate has suffered from the difficulty of defining what, exactly, proxy warfare is—and from a misplaced focus on the concept of a proxy identity.

To understand just how damaging this debate can be, consider a remark from Norman Roule, a CIA veteran and the former National Intelligence Manager for Iran at the Office of the Director of National Intelligence, at a recent event co-hosted by New America. “One of the difficult words that is often thrown around is proxy. If you want to have analysts or think tanks work themselves into a frazzle, ask them the definition—the difference between proxy, surrogate, and partner—and come back four days later and see who’s still moving on the floor.”

If analysts are wrapped up in this kind of debate, they may miss Iran’s broader strategy. In particular, they risk missing how loose or limited relationships with groups like the Houthis may benefit a proxy warfare strategy, and the potential of those loose ties to rapidly scale into more significant relationships. Plus, the debate can lead analysts to gloss over the influence of local dynamics and their potential to generate strategic changes, even in tighter relationships.

But it doesn’t have to be this way.

We can address some of these problems by embracing a definition of proxy warfare that focuses on the constitutional status of the agents and actors involved in a conflict, rather than purely on the degree to which an external power is involved, as New America Senior Fellow Candace Rondeaux and I argue in a recent paper. This would allow analysts to distinguish alliances and formally structured coalition warfare from more indirect, more informal proxy warfare.

But more crucially, those studying proxy warfare shouldn’t get distracted by trying to define a proxy identity—because there is no such identity. Proxy isn’t an identity; it’s a strategy.

Often, commentary and analysis tries to pinpoint proxy-ness by figuring out the extent to which a “sponsor” (or external power) wields control over the agent (or local party) that it’s sponsoring. The problem isn’t the argument that sponsors like Iran typically exercise less control over actors ensconced in complex local environments than some say; that’s an empirical claim that can be studied. The problem, rather, is that the rhetoric assumes, even reifies, the idea that identity, not just fighting partners, can be deduced from proxy. You even see this in the way Hiltermann and Alley’s piece compares the supposedly non-proxy Houthis to the proxy ideal of Hezbollah.

As Jack Watling, a research fellow with the Royal United Services Institute, wisely notes in a recent paper on the different approaches Iran takes to proxy warfare depending on the country of focus and the agent it’s using, “Almost none of the groups routinely described as ‘Iranian proxies’ in public discourse would accept the label themselves.”

This state of affairs calls for skepticism regarding the existence of a proxy identity. In other words, if a group doesn’t refer to itself as a proxy, that suggests that it doesn’t view proxy-ness as defining its identity. In turn, analysts ought to focus on the relationship that’s actually behind our thinking when it comes to identity: the adoption of a warfare strategy by a sponsor and an agent’s (at least partial) cooperation with that strategy. This would allow us to zoom in on features like secrecy, plausible deniability, and the ambiguity of command responsibility that make a proxy warfare strategy meaningfully distinct from other forms of warfare.

To make this less abstract, let’s go back to the Iran example. The reason the Houthis aren’t an Iranian proxy isn’t that they fail some test compared to an actual Iranian proxy—say, Hezbollah. It’s that proxy has no meaning when it comes to the Houthis’ identity. The entire meaning of proxy, in this particular context, is simply that Iran has adopted a warfare strategy that relies on the Houthis, and the Houthis have accepted some level of Iranian sponsorship.

Or consider a recent New America report by Nelly Lahoud, who was the lead author of the Combating Terrorism Center report about the documents recovered from Osama bin Laden’s compound after he was killed in 2011. She uses the latest of such documents to be released to show how al-Qaeda perceived its relationship with Iran as hostile; it was far from a relationship in which it acted cooperatively or received sponsorship. Lahoud benefited from the fact that, here, al-Qaeda’s voice was unmediated by communication with external parties, and she could cut through often politicized notions of the relationship as a proxy relationship. Yet as Lahoud notes, “Al-Qa‘ida’s voice cannot serve as a reliable source on the inner workings of Iran and other states’ policies.” For that, you need reports like Watling’s, which draws on Iranian decision-makers to assess how they conceive of their strategy and relationships.

Indeed, in his report, Watling writes that he uses “the term ‘proxy’ [to refer] to groups through which Iran implements its foreign policy strategy. It does not imply any specific degree of Iranian control, or alignment of values, between Iran and the group. The nature of the relationship must be considered separately from Iran’s objectives in entering it.”

I’d argue that Watling correctly identifies the proxy as the agent that’s cooperating with a sponsor. No more, no less. Yet it’s clear from the aforementioned debates that when observers use the word to describe groups—even if only to say that they’re agents of a proxy warfare strategy—we often distort it, and make it say something about identity that it doesn’t say.

What to do about this?

Avoiding this faulty line of thinking will require paying closer attention to the question of what conditions lead a group to seek out a sponsor, and a sponsor to assist groups. By jettisoning the notion of proxy identity, we can move beyond the current definitional discussion-stopper.

Of course, any debate centering on definitions will be tricky, and abandoning the rhetoric of proxy identity may have attendant pitfalls of its own. But compared to the paralysis that usually comes from wrestling with proxy identity, a definition that hinges on the relationship dimension holds untapped potential. After all, the question of how an agent understands its relationship, and whether it views itself as engaging in a proxy war relationship by taking actions on behalf of a sponsor, matters just as much as the question of how a sponsor understands its strategy.