Paid Leave and a Different Kind of American Exceptionalism 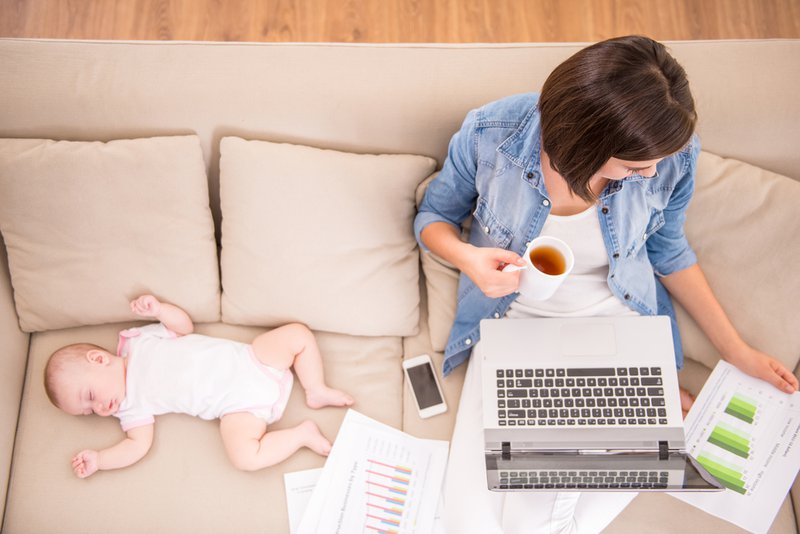 Americans in favor of paid leave are often quick to point out that the United States is one of only two countries that do not have it. That only the U.S. and Papua New Guinea have decided not to make this particular investment in our labor force.

What’s that? Which others? Don’t fret. The United States, a country believed to be the very best in the world by roughly a third of its citizens, and Papua New Guinea are joined by none other than Suriname and Tonga.

“That’s not generally four nations you put together,” quipped Anne-Marie Slaughter, New America’s president and CEO, introducing a recent event on paid leave (Tonga is actually one of five small Pacific Island states without paid leave). More specifically, after a presentation by Tazeen Hasan of the World Bank Group, which produced the report on how 173 of the world’s economies do and don’t enfranchise women, the event considered how, should Americans ever decide to leave the aforementioned ranks (sorry, Suriname; later, Tonga), we could learn from the rest of the world how to put in place a paid leave policy appropriate for the world’s largest economy in the twenty first century.

According to the subsequent panel discussion, moderated by Brigid Schulte, director of New America’s Better Life Lab, there are three ways in which the United States can learn from paid leave policies that have already been in place (one for each of the three other countries in the entire world that have no such policy):

Given that fathers who take paternity leave are more likely to take an active role in childcare; that early interactions with fathers benefit children’s learning; and that women’s roles (and wages) in the labor force benefit from not being the only ones taking time to be with their little ones, it is perhaps surprising that fathers are not more often mentioned in the paid leave conversation. And yet, per Slaughter, the average world maternity leave is 160 days. By comparison, the average world paternity leave is a whopping (it is not whopping) seven days. Panelist Sherry Leiwant, co-president and co-founder of A Better Balance: The Work and Family Legal Center, and one of the champions of New York’s new paid leave policy, stressed that including fathers proved to be key in New York (shockingly, changes in the American political and policy system are more easily implemented when men are involved). Leiwant cannot imagine America enacting a policy of just maternity, as opposed to parental, paid leave.

Even countries that do give fathers paid time off, however, have found men more reluctant to take it than women, which is to say that laws must be written to change norms, too, if the goal is to change the reality for working men and women. Ariane Hegewisch, study director of the Institute for Women’s Policy Research, stressed that one of the lessons from the “smorgasbord of national experiences” is that men and women react differently, and that men have to actually be encouraged to take their paid leave. Anu Madgavkar of the McKinsey Global Institute agreed that the idea of uptake should be considered at an early stage of policy implementation; one percent of fathers in the United Kingdom take the time allotted to them, and even Sweden, mentioned in every other conversation ever had about progressive values, found that attitudes were entrenched, and that only 20 to 25 percent of Swedish men took the paid leave offered to them. In Sweden, uptake by men is traditionally higher in the public sector—that is, where more women work. It is, then, an issue of culture—but cultural change, particularly those already underway, can be encouraged by laws. For a model, Hegewisch pointed to Iceland, which has a sort of “use it or lose it” policy for the nine months of paternal leave, three of which must be taken by the mother, three of which can be taken by either parent (which is apparently nearly always taken by the mother) and, critically, three of which must be taken by the father or cannot be taken at all.

But American advocates and policymakers must also be careful not to accidentally push cultural attitudes in the other direction, ushering in regressive attitudes in their pursuit of progressive policy. This means two things. First, that there is too much of a good thing, as long lengths of paid leave—for example, Belarus’s 1,095 days of maternity leave—inadvertently keeps women absent from the labor force. So, too, can it, according to Hegewisch, lead to subconscious discrimination in promotion—employers being less likely to promote women of childbearing age when any one of them could have three children and take off for nine years. Second, we—that is, the United States—cannot implement this policy, and certainly will not do so without discriminating against women, if it is totally dependent on employer cost. Aparna Mathur, resident scholar of the American Enterprise Institute, suggested a payroll tax contribution or, as is done in Europe, an employee funded system supplemented by taxes. Leiwant pointed again to New York, where she was able to successfully push through twelve weeks paid leave only because workers will pay a small contribution, because pay is capped at two-thirds the state’s average weekly wage, and because the cost to businesses will, in fact, be lower (in that there will be government support, and because replacing new mothers forced out of work for lack of paid leave is quite expensive).

Paid leave does, of course, come with some costs. Employees will likely need to make a small contribution (which will inevitably be less than the cost of losing one’s job because one is pregnant or has to take care of a child). Leiwant noted that states looking to start new programs have pointed out that paid leave has high costs upfront. And for employers, too, the cost is not nothing. But the cost of not having paid leave—in terms of women’s potential financial contribution to the workforce (which, to reiterate, is estimated to be billions of dollars nationwide), to say nothing of the emotional costs to women, men, and their children—is much greater.

Asked why the United States still has not implemented paid leave, Hegewisch paraphrased a speaker she’d once heard, whose reply to the same query was, “Given all the research [on the benefits of paid leave]...the only explanation is cruelty.” Americans now have an opportunity to prove their (our) self-described exceptionalism and implement a paid leave policy that does more for women and men than any of its counterparts around the world.

Or we could continue to be cruel, ignoring the research, and remaining with Papua New Guinea.

Oh, sorry. And with Suriname and Tonga, too.