Our Laser-Like Focus on Individualism Is Destroying Our Communities 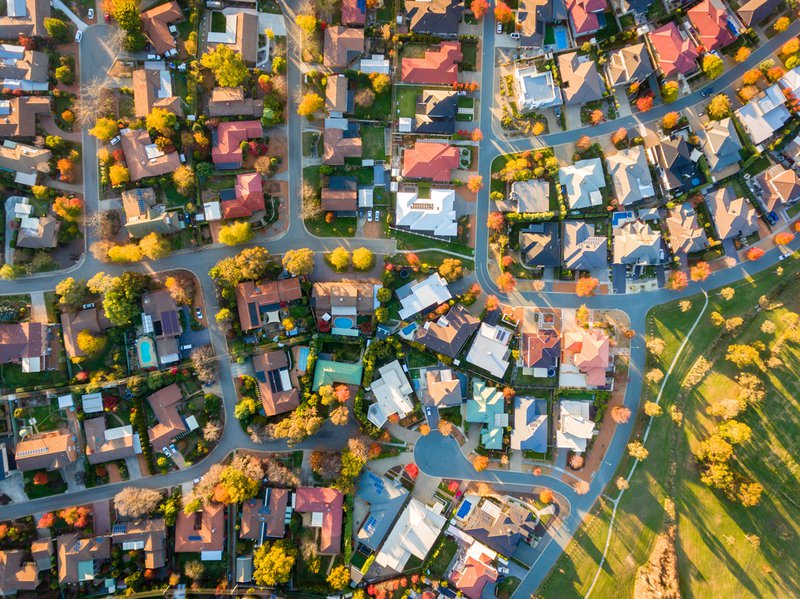 Present-day America has run into a paradox: Despite unparalleled opportunities for connection, people are, in important ways, as divided as they’ve ever been.

In fact, individuals and communities have arguably become more isolated and atomized, as increasingly liberating ourselves from social bonds in nearly every aspect of life—familial, neighborly, communal, religious, and even national—has meant that, more and more, we’re losing out on the sense of connection that gives many of us a feeling of belonging and meaning. This loss of community has serious implications. More specifically, the erosion of social capital—a natural byproduct of communities—has weakened some of America’s oldest civic organizations, like the church, political parties, and community groups of all types.

While the “end of community” isn’t a new diagnosis—Harvard sociologist Robert Putnam’s seminal Bowling Alone made a similar argument nearly two decades ago—the political tenor of the past few years has added urgency to the issue. Most recently, the idea of a new tribalism, or uncritical loyalty to a particular group, has become the issue du jour, as a record high percentage of Americans—77 percent—believe that the country is divided. Ideological silos have, in recent years, become more common among liberals and conservatives alike, affecting how, and with whom, they interact. Meanwhile, social media platforms like Facebook and Twitter tend to create echo chambers that only sharpen these partisan differences—and chip away at communities in the broadest sense.

It’s high time, then, to interrogate this modern notion of the individual as unencumbered and self-driven—largely removed from all attachments. Challenging this idea doesn’t have to lead to a 180. Instead, it can be about striking the right balance: between the individual and her community, the single and the whole. This balance, often fueled through the work of intermediary institutions and civic organizations, could be just what’s needed to create a space through which the private and public come together.

“Community” is one of those terms that gets tossed around a lot. These days, it can mean so much and also mean nothing at all. Sociologist Robert N. Bellah and his colleagues have observed that “lifestyle enclaves” tend to be misunderstood as communities. “Whereas a community attempts to be an inclusive whole, celebrating the interdependence of public and private life,” they write, “lifestyle is fundamentally segmental and celebrates the narcissism of similarity.” While an individual who’s part of a community expresses her identity via feelings of belonging and responsibility toward her fellow community members and their well-being, members of a lifestyle enclave “express their identity through shared patterns of appearance, consumption, and leisure activities, which often serve to differentiate them sharply from those with other lifestyles.”

But communities continue to be replaced by lifestyle enclaves, and people continue to spend less time in social settings. Moreover, we’re becoming more separated from one another, and partly as a result losing our sense of mutual responsibility and commonality—two factors that hold the keys to keeping societies together and creating social capital.

Indeed, Putnam contends that “the quality of public life and the performance of social institutions are indeed powerfully influenced by norms and networks of civic engagement.” That means that the features of social organizations—like networks, norms, and social trust—“facilitate coordination and cooperation for mutual benefit.” These features also form a type of social contract between individuals, through which “habits of the heart,” a term coined by Alexis de Tocqueville, develop. These habits—notions, opinions, and ideas that shape our everyday beliefs—are “one of the great general causes to which the maintenance of a democratic republic in the United States can be attributed.”

So, what to do about all this?

While the prevailing political ideologies—liberalism and conservatism—celebrate different aspects of the primacy of individualism, conservative political analyst Yuval Levin writes in The Fractured Republic that both are also grappling with its negative consequences. The former, for instance, applauds “social liberation, cultural diversification, and expressive individualism.” The latter prizes “economic liberalization, dynamism, and prosperity.” And both are challenged by ballooning inequality and the atrophying of some of America’s fundamental institutions. This (rare) point of alignment opens up the possibility to consider how certain institutions can be renewed or reinvented to better address some of the pitfalls of individualism.

For one thing, churches, unions, schools, political parties, and even the military have long challenged the myth of the American as a completely self-reliant individual, one whose well-being and success depend almost exclusively on her efforts alone. Class-mixing institutions like public schools, libraries, parks, community centers, Harvard political philosopher Michael J. Sandel explains, place a higher premium on the well-being of the community over that of the individual. These intermediary institutions, Sandel continues, live within a framework that focuses on “rebuilding, preserving, and strengthening community.” For Bellah and his colleagues, these institutions are crucial because they nurture “cultural traditions and practices that, without destroying individuality, serve to limit and restrain the destructive side of individualism and provide alternative models for how Americans might live.”

But many of these intermediary institutions don’t play the same role as they did before. Fewer Americans, for instance, are religiously affiliated. Partisanship and centralized parties often lead to little compromise, and can diminish the feasibility of big-tent coalitions. The loss of union power has heaped challenges on organized labor and made it harder to achieve. Class-mixing institutions are less and less common, as school re-segregation has made children’s exposure to diversity less likely, and geographic and demographic sorting means that people are more likely to interact with people who are like them when they visit their local library, park, or church.

In addition, some of these institutions have become out of touch with people’s day-to-day, so it’s no surprise that their influence is, in certain ways, on the decline. And while there’s an argument to be made about how strengthening these institutions is one way to work toward a less-divided America, dramatically renewing and re-conceptualizing them is just as important.

In 1953, sociologist Robert Nisbet proposed that the search to forge stronger communities should lie at least in part in establishing new forms of community that “are relevant to contemporary life and thought.” This notion still holds true, though today, it might mean considering how religious, political, and community participation can be best tailored to respond to the realities of Americans. That could entail investing in spaces, like parks and recreation centers, so that they’re more inviting and foster community-building. This, in turn, means highlighting and elevating models of organizing that look to empower people—that give them the tools to take power back.

Of course, there are other, less-traditional ways to build these sorts of outward-looking, cross-cutting relationships. For instance, cyber communities are, for many people, safe spaces that provide meaningful connections, ones that people may otherwise not have.

For Nisbet, people come together not merely for the sake of coming together. He argued that people come together “to do something that cannot easily be done in individual isolation.” The current divisions in society, while dispiriting, don’t have to be permanent. They may be opportunities for us to radically re-define what vision of community we want—and work toward getting there.