No Country for Old Men Or Women 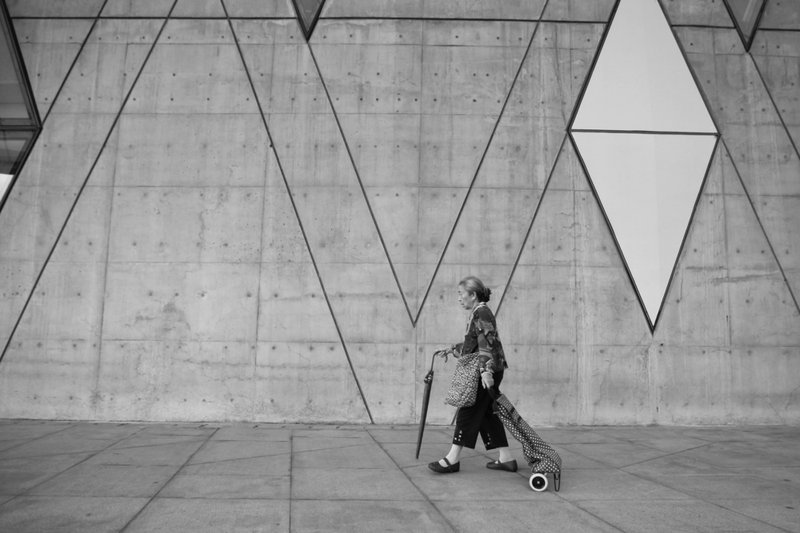 The Chinese government announced late last year that—after years of deliberation and protest from within and outside China—it was ending its controversial “one-child” policy and would allow all couples to have two children. Introduced in 1980 as an effort to bolster economic growth by means of population control, the “one-child” rule was often unevenly applied but harshly enforced by family-planning officials through fines and forced abortions or sterilizations.

The move came after nearly a decade of consideration, amid increasing pressure over not only the policy’s human-rights abuses but also its social and demographic side-effects—namely, a rapidly aging population and a precipitous gender gap.

This latter concern, caused in large measure by the the one-child policy’s most brutal results—sex-selective abortions and infanticide—is particularly acute in China, which, despite being the second-largest economy in the world, is also facing the world’s steepest gender imbalance. Demographers estimate that Chinese men outnumber Chinese women by about 30 million—roughly the population of Canada. With the prospect of between 20 and 30 million Chinese men being left unable to find a wife, academics and observers have begun to speculate about the global security impact of these numbers, noting that historically, male-dominated societies with large populations of unmarried men of military age are more likely to adopt aggressive or bellicose foreign policy agendas.

According to One Child: The Story of China’s Most Radical Experiment, a new book by New America Fellow Mei Fong which chronicles the advent and end of the one-child policy, China may have relaxed its most controversial mechanism of social control, but addressing or reversing its consequences may not be so simple. “Even though China is widening the playpen so to speak” by “switching to a two-child policy,” Fong said at a recent event with CNN chief national security correspondent Jim Sciutto, “We know already that some of these demographic effects are going to be in place for the next 20 or 30 years.” Pointing as an example to a former furniture factory in Southern China that now has a booming business making sex dolls, Fong put her finger on the cultural impact of the dearth of women. ““We tend to think about China in terms of Aldous Huxley [Brave New World] or George Orwell [1984],” but it is actually more like Margaret Atwood’s The Handmaid’s Tale,” Fong said, in that that is the book that features a “country made infertile by pollution and where women who are fertile become rare commodities.”

Fong, a former foreign correspondent for the Wall Street Journal, had been reporting on China throughout much of the 2000s, an experience informed much of the book’s research and narration. As a journalist, her intent in One Child was to tell the stories—”big picture and little picture”—of what she calls the “radical experiment” to control China’s population and engineer its economic destiny. She begins with a jam-packed train to Sichuan in 2008, where she is riding along with a group of farmers who are returning home to seek out their children, thousands of whom had perished in the earthquake that had devastated the province.

Many of the children who died in the quake were killed because poorly-built schools collapsed, and the parents they left behind—known as “shidu” parents—became some of the most vivid characters in Fong’s book. While covering the earthquake’s aftermath, she learned that many of the dead were only children. She also discovered that the area near the epicenter “was actually a test pilot program for the one-child policy before they took it nationwide in 1980,” and “when the earthquake happened...in some cases it obliterated an entire generation.”

“One of the stories I did very soon after the earthquake was about how quickly [shidu] parents were rushing to have reverse vasectomies and reverse sterilization processes to have a replacement child,” Fong recalled, describing a grieving father who less than a month after his child died had his vasectomy reversed. Shidu parents face more than crushing emotional losses as well. “Losing a child in China means...losing economic security. It was also a loss of status,” Fong observed. Neighbors will avoid childless parents, who feel like social hangers-on with no children to take care of them. In addition to social ostracism, they face aging differently. From nursing homes to burial plots, they have trouble accessing end-of-life amenities without children to support or subsidize them.

One Child also tells the stories of those who conceived of and implemented the one-child policy. Among these characters is Song Jian, a specialist in ballistic missiles, who was instrumental in designing the policy and later oversaw the massive Three Gorges Dam on the Yangtze River. Fong also introduces her readers to a former Chinese family planning official who had relocated to the United States. Fong met with her “just after Halloween, and she was telling me how she had just given out candy to all the neighborhood kids. And at the same time this woman was also somebody who was telling me that she was personally responsible for something like 1500 forced abortions, out of which about a third were late-term.” The woman kept telling Fong, “I had no choice. I was doing my job. By day I was like a monster but by night I was also a mother. I tried to live my life in a bifurcated way.”

Other important figures include economist Liang Zhongtang, described by Fong as “China’s Cassandra.” He was “one of the few people who spoke out on the record against the one-child policy at its inception.” He warned against the future problems of an aging population and gender imbalances, and while he was largely ignored, he did use his influence to secure a “series of secret two-child experimental zones” in China, which now show much less disparity between their aging and working population and much less gender inequality.

One of Fong’s central questions in the book and overall is: “Can you turn on the baby tap in the same way that you could turn it off?” Jim Sciutto noted that during his own time in China, which took place after the government began openly considering abandoning the one-child policy, ““You heard a lot that parents don’t want to take advantage of this. They’re happy with the one-child policy.” Some attribute this attitude to the “little emperor” phenomenon--—a generation of only children who are the sole vehicles for their parents’ investment of time and resources. Fong pointed to Jenova Chen, a gaming designer for Sony, and Liu Ting, as celebrity examples of little emperors. Ting became a “national moral hero” for his “filial piety” after taking his sick mother to college with him so he could care for her; Chen, though he now lives in the United States, still feels he should only have one child so he can have the available resources to care for his parents as well.

Looking at the national and international picture, Fong rejects a commonly-held view that for all its human-rights problems, the one-child policy facilitated China’s rise. In her estimation, China’s economic boom happened because of the lowering of barriers to entrepreneurs, the influx of foreign investment, and “because of manufacturing. Why was it a good manufacturing hub? Because it had lots of labor. Why did it have lots of labor? Because of this big boom of people that were born in the 60s and 70s, before the one-child policy.” Meanwhile, by 2050 one in four Chinese people will be senior citizens and ““China’s economy is already slowing down; they’re going to have to be more productive with fewer people.”

In addition to guiding readers through her exhaustive reporting on the bigger picture - the sociological, cultural, political, and economic factors at play in the one-child policy, Fong also spins out the smaller picture by including the story of her own experiences becoming a parent. After miscarrying while reporting on the earthquake, Fong had IVF in China and is now the mother of twins. While initially nervous about weaving her personal narrative into her book, “I think my experiences [in China] helped me understand the issue of this desire for children and what it means when the desire for children is thwarted,” Fong reflected. “This is the most intimate story. It’s not just about policy. It’s about babies. It’s about family. It’s about why we want to be parents and what is the cost involved.”