More Than Disease from Sierra Leone 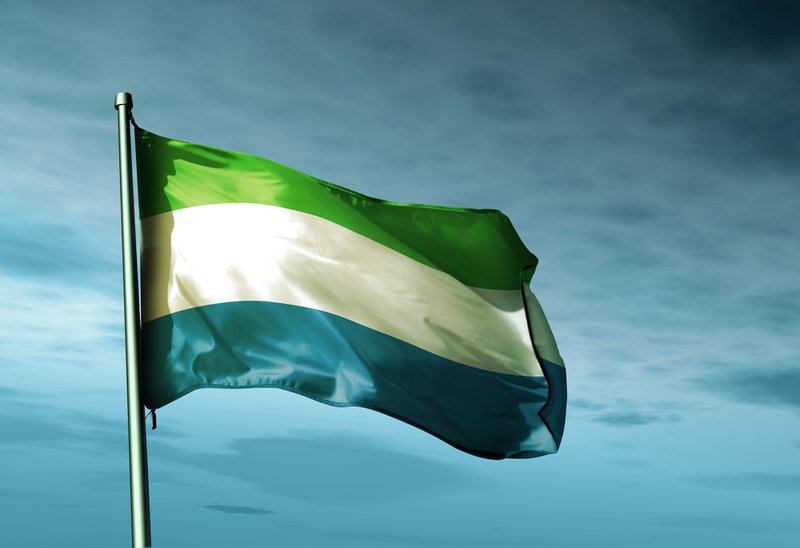 Or, rather, from May 2014 to November 2015, an outbreak of Ebola crippled Sierra Leone’s health care system. There were 8,704 confirmed cases and 3,589 deaths in Sierra Leone alone. Liberia and Guinea saw 4,162 and 2,187 respectively. We know this because the World Health Organization reported it, and because every major news outlet ran story after story about the Americans who braved it.

But in the almost half a year since the outbreak, there has been minimal press or analysis about the extent of the damage or, critically, about the resilience in and of severely affected countries post-Ebola. At the height of the outbreak, media coverage brushed over the humanity of the epidemic on the ground and instead focused on sensationalized messages. Coverage from major media outlets turned to the lesser threat it posed to the United States. Today, Sierra Leoneans are gearing up for the 2018 elections and excited about what they still have to come. In Sierra Leone, the conversation is about what to do next. As noted by individuals on the ground at the time, this epidemic was nothing short of a war and how the aftermath is dealt with is key just like any conflict. Today, Sierra Leoneans are gearing up for elections. But where in American media could you read that story?

At the height of the Ebola outbreak in Sierra Leone, locals took initiative to thwart losses in their towns and continue to take precautions. Young men and medical students on the ground sought to do what they could with the materials they had. Dr. Susan Shepler, an Associate Professor at American University’s School of International Service with 26 years of experience as an Anthropologist in Sierra Leone, noted in a sit-down interview that young local men in medical school emerged as heroes. Dr. Shepler witnessed young men improvising with plastic bags and makeshift Ebola check-points at the height of the epidemic to spread the word that Ebola was real. Dr. Shepler also spoke of a checkpoint in Bo, Sierra Leone that was organized by the community.

Community members continue to take initiative today: Local women’s organizations that normally work solely on issues of gender equality shifted gears to support Ebola survivors and victims. For example, the Fifty Fifty group, which aims to have women gain fair representation in government, migrated to Ebola relief during the epidemic. And Fambul Tok, a truth and reconciliation NGO, turned towards strengthening communities as a result of Ebola. Fambul Tok began using community members to reach out to rural stretches of the country, informing others about Ebola and how to decrease transmission. Unlike large western organizations, Fambul Tok, being local, was able to converse with people. Fambul Tok integrated local Peace Mothers, a local women’s support group, to create soap and distribute it for free in isolated areas. This dynamic made locals directly involved in the process and a part of the solution. It is unclear whether new civil society actors emerged from the crisis—according to Shepler, there were already so many that it’s difficult to say. She added that they continue to do their work, even after Ebola ended.

But it isn’t just NGOs. The government of Sierra Leone also aims to improve the medical workforce in the coming years. The Ebola outbreak was terrifying, but it taught affected states to prepare for the worst. Because there had been no previous cases of Ebola in Sierra Leone, the outbreak crippled an already weak medical infrastructure While in Bo, Dr. Shepler noted the constant perception from western organizations that physical Hospital buildings were the most important takeaway from the epidemic. Locals and NGOs on the ground say otherwise, they argue that a comprehensive and nuanced health system that involves training locals and creating an internal system proves far superior to more buildings.

In a recent article by the Awareness Times, Health minister Dr. Fofanah reported his goal of creating a University teaching hospital. Fofanah noted that, with a population of 6 million, the country needs at least 1,200 doctors. Sierra Leone’s current record of registered medical professionals stands at 350. After the outbreak, the Sierra Leonean government realized they were unable to act swiftly.

Elections in Sierra Leone are being held in 2018—and voters are looking to take on a comprehensive health initiative in the wake of a tragic epidemic. In the meantime, state officials have increased resources in hospitals in the event of a flare up, and locals have been urged to continue hygiene practices that were common during the outbreak.

The scars of Ebola run deep. Victims are still reeling from the epidemic. In a phone interview, Idrissa Funna of Freetown, said that Ebola survivors are still discriminated against for fear of transmission. Funna also noted the slowdown of normal cultural practices traditional burials, multi-generational homes, and close contact are minimized even in the aftermath. The country is still struggling financially. Big changes require funds and so far, Sierra Leone is strapped for cash. With a decrease in exports, pull-out from investors, and stigmatization, the country has major obstacles to overcome. But there are still people surviving and thriving in Sierra Leone. They are so far from helpless. Although there are people still feeling the effects of Ebola, most in the country are looking to the future. Unlike Americans, they only make western headlines when those headlines disingenuously read that they, as a country and as a people, were crippled.