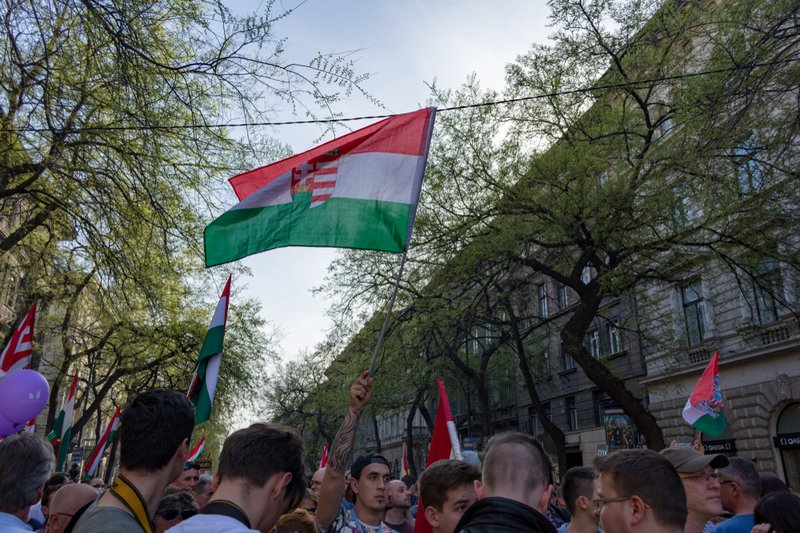 Hungary has become the latest country to witness a far-right party win national elections, with Prime Minister Viktor Orbán’s Fidesz party securing 69 percent of the vote in the April elections. Like others, Orbán won his third term thanks largely to a protectionist, nationalist platform propped up by anti-migrant and anti-Semitic rhetoric. It also helped that the opposition itself was disjointed. In the aftermath of these elections, Hungary has taken center stage in conversations about democratic decline, bringing even greater attention to its state-influenced media and the controversial moves by Fidesz that have warped judicial independence and electoral institutions.

In light of all that, Hungary is becoming yet another challenge to cohesion within the European Union—both because of its role within the union and because of what Fidesz’s success suggests about the future of countries like Poland, which has its own far-right fervor and upcoming elections to contend with. As the dust settles in the wake of Hungary’s elections, it’s become an open question as to how the EU will respond to a largely nationalist member state that accepts aid from the political bloc but, in many ways, actively chips away at democratic norms for its own citizens.

To further investigate Hungary’s shifting political climate and what observers might learn from it, I recently spoke on the phone with Balázs Jarábik, a scholar with the Carnegie Endowment for International Peace and an expert on Central and Eastern European politics. Our interview has been lightly edited for length and clarity.

How has Orbán been able to withstand so much international criticism and yet achieve so much electoral success?

It’s a complex question with a complex answer. For one, he’s probably one of the most talented politicians of his generation. In other words, he’s able to communicate and connect with his constituency very well. He also understands Hungary’s political economy: For years he’s understood how liberal economic policies haven’t always benefited the country. When the global financial crisis hit, for instance, Hungary was one of the countries hurt most in terms of job loss. So Orbán shifted his economic policies from being more liberal to more conservative and conservationist.

In addition to this economic component, there’s something to be said for Orbán’s talent for politics, at least compared to his peers. He’s won three elections and lost two. I think that too often we forget that he learned from those past elections. The last one he lost was in 2006, and afterward, he worked to mobilize the countryside and deepen connections with rural areas. In the end, this made a remarkable difference, and it’s even something Orbán has done in recent months. Unlike the opposition, Orbán was the only one who campaigned by going from town to town, talking to people.

On top of that, when Orbán left the more liberal wing of the political landscape—which he did strategically—he knew that he could retain power if he moved his party to occupy the center-right, which is the mainstream in Hungary. So he made sure that he would be the one who could speak on national issues and claim to protect national interests. A lot of Western criticism is aimed at Orbán, but I always emphasize that in many ways he reflects broader Hungarian political interests, because the Hungarian electorate, as a whole, has become much more conservative and nationalistic in recent years.

Well, on the one hand, you can say that he’s utilized and shaped the electoral system, which itself is unique in the region, to his own benefit. But on the other hand, I wouldn’t say that that’s totally accurate. One thing Fidesz specifically did was reduce the number of parliamentarians from 386 to 199. That, however, has been largely seen as a welcome reform, because 386 parliamentarians was a lot [for a country of 10 million; for comparison, the U.S. Congress has 535 members for a population of approximately 325 million]. So I don’t think that you can really say that the electoral system was made to favor Fidesz—this electoral system already favored a big political party. What Orbán did was do everything possible to make sure that he leads a big party.

That explains why Orbán has done so well. But why have the opposition parties, in contrast, struggled so greatly? And is this unique to Hungary?

There are several parties in the opposition. Some of the major ones are the far-right Jobbik party, the Hungarian Socialist Party, and the Politics Can Be Different party, but there are several more. Now, all these parties are supposed to agree on a common platform against Orbán, which is virtually impossible, due largely to their ideological differences. The opposition did initially engage in talks about creating an anti-Orbán platform, but, ultimately, that didn’t come together. In addition, there’s at least one significant difference between Orbán and Fidesz on the one hand, and the liberal-socialist opposition on the other. Fidesz emphasizes the state as the solution. The socialists and liberals have a more neoliberal doctrine that focuses on markets, privatization, and globalization as the solution. Orbán has done a kind of redistribution, strengthening the upper and middle classes. The problem is that his policies often take away from the poor. But: Where are the socialist parties? Who’s protecting the poor? Essentially, the socialist parties have become neoliberal champions of deregulation, which has hurt much of their electorate.

Another issue is corruption. In the past, the socialists were arguably more corrupt than Fidesz, so now, when the opposition talks about Fidesz’s corruption, it’s not effective. They say, “Fidesz is corrupt, but so are the other parties. At least Fidesz says that it’s going to protect national interests. Sure, there’s corruption, but the money stays home.”

Orbán is rather anti-EU, but he still relies on the EU for aid. At the same time, there are concerns that other countries, like Poland, might be heading in a similar direction. What does all this mean for the future of the EU?

I wouldn’t necessarily characterize Orbán as anti-EU. The entire anti-EU campaign is nuanced and isn’t explained well by the Western press. At home, Orbán talks about reforming the EU, not leaving it. This isn’t Brexit. Orbán talks about looking for other markets, not leaving the one the EU provides. He runs on a platform of protecting national interests within the EU, so there’s a difference. But obviously, the EU doesn’t like him because it also sees him as anti-EU. He’s a conservationist and conservative, and wants to provide for the nation state. That’s why people call him a nationalist.

Now, the issue is that the EU is a bloc of 28 nation states, and there’s always been tension around recognizing their sovereignty. Orbán has reanimated this debate. For instance, there are a lot of questions challenging whether  Hungary is a democracy. To an extent, I think that this is a mistake, because how can you convince Hungarians that they have a democratic deficit if they really voted for Orbán? They’re going to take these kinds of messages the wrong way. Hungary’s problem is perhaps less connected explicitly to democracy and more to poverty and economic development. As I said before, Hungary faces many “global versus local” clashes of interest, and Orbán has quickly found that to have power at home, you have to protect the interests of the nation state. And on a global level, no matter how much Hungarians want the EU—and they do—they want a more efficient EU. So they don’t see problems with supporting Orbán to champion Hungary and Hungarian national interests within the EU.

As for EU aid, here’s the problem with that: It should go to the regions [within Hungary] with the greatest need. However, it’s distributed by the national government, and a lot of money ends up not in regions where it’s needed, but in the capital and big cities. This is the Hungarian government’s fault—not the EU’s. But the government blames the EU. This is where the EU can do a better job of focusing on how its funds are utilized, though it’s not easy to take these funds away, because they’re guaranteed by treaties. Still, this is also where lots of pro-EU advocates say that the EU should kick Hungary out or take away its voting rights, because of how Orbán behaves. Here, we see a clash between a more liberal understanding of the world and a more conservative one over the notion of a democratic deficit. There’s a liberal deficit in Hungary, for sure. Orbán himself speaks about being illiberal. But that doesn’t mean undemocratic.

People often compare Poland and Hungary, but Poland’s elections aren’t until 2019. Is there anything the EU ought to learn from Hungary in the run-up to Poland’s electoral exercises?

Yes, that they need to focus more on the poor. I’m saying this because there’s a lot of focus on Orbán and on personalities like Poland’s Jarosław Kaczyński, but not enough on the root causes of why they’re winning. Unfortunately, the EU is choosing the simplest way to push back against people like Orbán and Kaczyński. It’s very interesting, because the conservative Polish party [the Law and Justice Party] is also popular due to its social support for the family and because it goes into rural areas. It’s not because of its conservative opinions about the nation. Rather, it’s because it’s actually providing something for those hurt by transition. The EU has regional aid to alleviate the consequences of an uneven transition, but that needs to be addressed more effectively. Only then will it get at the roots of why these parties are doing what they do.