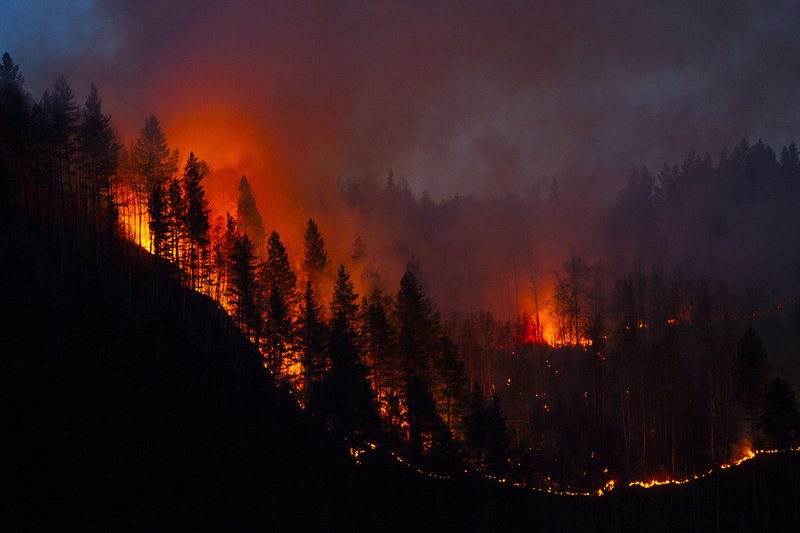 There have been only a handful of times in modern history when violence, crises, or mass social movements have confronted the world in such a way that swaths of people have suddenly become fixated on a singular, existential issue. In the latter half of the 20th century, people crowded around television sets and over newspapers as the world seemed on the brink of nuclear war. Earlier that century, that life-altering threat was fascism, and the evil that came with it. Now, we have a new all-encompassing, existential threat: climate change. The extent to which we grapple with this issue will define the levels of suffering possibly faced by ourselves and future generations.

According to recent reports, in the coming decades the accelerating influence of human-induced global warming will cause the Earth’s average temperature to rise by 1.5 degrees Celsius by 2040—and potentially as much as three to five degrees by 2100. This would directly correlate with rising sea levels and with more violence, natural disasters, economic loss, and death than we’ve ever experienced before, or are even prepared for.

According to New York Times best-selling author David Wallace-Wells, this “all-encompassing threat” is now “the theater to which all our stories unfold.” Climate change is, in other words, the header in future history books about the 21st century, and our survival—and any semblance of a happy ending—hinges on responding to it in a rapid and unprecedented way.

Wallace-Wells recently spoke with The Atlantic’s Vann Newkirk at a Future Tense and New America event about climate change from the perspective of Wallace-Wells’ new book, The Uninhabitable Earth: Life After Warming. The book delves into numerous scientific projections about climate change to present a truly terrifying narrative of the next century of life on Earth. You may already be aware of the more recent history of global warming. But as the first sentence of The Uninhabitable Earth declares, “It is worse, much worse, than you think.”

Wallace-Wells uses dozens of sources from renowned scientific organizations to paint a horrifyingly realistic picture of the future that extends beyond popular conceptions of the issue—like Miami as a future Atlantis or lonely polar bears on shrinking icebergs. According to Wallace-Wells, future generations will have to define and deal with an “entirely new planet with new conditions.” He writes that “crises so large they would once have been inscribed in folklore for centuries [will] today [pass] across our horizons ignored, overlooked, or forgotten.” These include larger wildfires and more intense hurricanes than are already occurring.

These natural disasters don’t even take into account the greater negative influence climate change will have politically: inevitable food shortages, economic crises, climate conflicts. And on the issue of rising sea levels, entire countries (and beaches, thousand-year-old churches, and wildlife ecosystems, among so much else) will drown without meaningful intervention.

But humans largely struggle with preventative action, so it’s perhaps better to frame climate change as something happening now, and within the lifetime of most readers and audience members. According to Wallace-Wells in his book, “the story of the industrial world’s kamikaze mission is the story of a single lifetime,” alluding to the fact that the majority of the world’s fossil fuel burning—a massive contributor to climate change—has occurred since the late ’80s.

Indeed, skeptics have often pointed to climate change as an issue for the far future, but Newkirk, who has written before about how climate change is a present-day problem, often framed his questions at the event around what must be done globally and rapidly. Wallace-Wells responded by calling for immediate action against a threat that won’t hit us all at once; every tick against global warming now, he argued, will amount to less suffering later.

But where to start, exactly? For one, awareness is key. Books like The Uninhabitable Earth are important in no small part because they can train the public eye on the frightening truth, helping to “fight impulses of normalization” of extreme weather events. Wallace-Wells, in a statement to the audience, said, “We have an incredible ability to normalize a grotesque amount of suffering,” which leads to continued inaction among the masses.

The government has a role in all this, too. As with other crises, government policies can’t afford to ignore the less fortunate. The world’s poorest communities, which largely reside in parts of the global south, will be hit disproportionately hard by climate change. As the world’s wealth strains under the economic and capital loss of climate change, Wallace-Wells writes that we must “avoid recoiling into nationalistic corners and retreating, from collective responsibility and from each other.”

Many questions from Newkirk and audience members focused on how the current administration has responded to climate change, underscoring merited attacks on Donald Trump’s rhetoric and policies. And while many global changes that must be made don’t fall solely on the United States’ shoulders—the country actually slashed emissions by five percent between 2014 and 2017—it’s still heading in the wrong direction.

Consider that one of our political parties has dedicated an extraordinary amount of time and money to climate denial. Even though a majority of Americans now believe that climate change is real (58 percent believe it’s mostly human-caused), the debate surrounding global warming legitimacy has slowed down progress substantially. In an audience made up largely of climate activists and journalists, Newkirk’s initial statement—that he’d “dispel the notion [of climate change not being real] entirely”—met no pushback. But how much conversation might’ve been lost had a vociferous climate denier been in the room?

Wallace-Wells criticized Trump specifically for his distrust of overwhelming evidence of climate change, saying that he tends to “demonize expertise and science” in general, which allows for the continued exploitation of the planet from still-unchecked fossil fuel companies, who dictate policy and public opinion “in the interest of protecting capital and business.”

Activists, though, can’t simply blame the fat-cat businessperson or oil tycoons for things like sea level rise; there are many other factors contributing to climate change. According to Wallace-Wells in his book, if Americans were “confined to the carbon footprint of [their] European counterpart, U.S. carbon emissions would fall by more than half.”

At the same time, don’t go yelling at your meat-eating or Hummer-driving friend just yet. Not only does Wallace-Wells find these sorts of conversations unproductive, but he also writes that “climate calculus is such that individual lifestyle choices do not add up to much, unless they are scaled by politics.” Personal choices for the good of the environment provide little more than a false unburdening of responsibility. Lobbying for policy change, supporting technological innovation, and pushing for advocacy are what can eventually lessen our suffering.

In perhaps the most moving moment of the evening, Newkirk ended his questioning by stating that all his research and writing made him think about one person in particular: his son, “and what the future will hold for him.” Discussing how he doesn’t want his child to grow up in an “apocalyptic” scenario, he cited his son as the main motivation for his climate advocacy. For many, the empathetic idea of shrinking suffering for their and other people’s loved ones might be the spark that eventually drives pure and honest reform to rein in global warming.

Crucially, despite all the bad news, Wallace-Wells and Newkirk were still optimistic about the future. While climate change has the potential to destroy life on Earth—a statement that, these days, is no longer hyperbole—it also has the potential to mobilize international governments and populations in an unprecedented way. While it was common for everyone in the room to audibly gasp as they absorbed the grim facts and figures about climate change, and while some seemed at risk of embracing full-fledged fatalism, so many more appeared to leave with a newfound appreciation of the true scale of humanity’s greatest existential crisis—armed with the knowledge to pave a path to a different, more habitable future.