Cyber Is Not a Noun 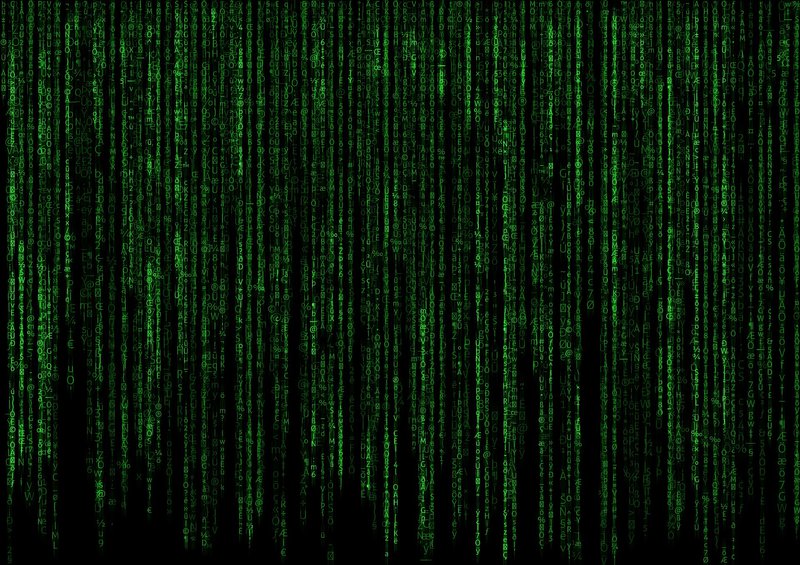 “Now the cyber is so big,” Donald Trump said at an appearance in Virginia on Tuesday. It was part of a longer, equally incoherent statement about “cyber,” which, according to him, “is... becoming something that a number of years ago, short number of years ago, wasn’t even a word.”

Of course, that’s not strictly true—cyber has been around for a while now, as both a noun and a prefix used in all manner of contexts and ways ranging from online sex to all-out apocalypse (or cyberpocalypse, if you will). Still, there’s something about that particular construction—“the cyber”—that feels off, like it’s either missing a word (“now the cyberthreat is so big”) or has an extra definite article (“now cyber is so big”).

Many of us are still wrestling with the idea of cyber as a noun rather than an adjective, though Trump is hardly the first to use it that way. (See, for instance, this summer, when NATO announced that it would extend its operations to the cyberdomain and the AP headline touted the change as “air, land, sea, cyber.”) But while that expansion into new parts of speech is intellectually interesting, it isn’t nearly as troubling as the sense that the more we invoke the term cyber in a general manner, the less we have any clear idea what it means or what we’re actually talking about.

Several people have traced the history and evolution of the meaning of the word cyber over the past several decades. Writing for io9 three years ago, Annalee Newitz traced the history of the word cyber and its many uses—since its appearance in the field of cybernetics in the 1940s, through the genre of cyberpunk, its brief period as a verb meaning “to have cybersex with,” and the military connotations it carries today.

In 2015, in a post for the Oxford University Press blog, Taylor Coe considered the etymological roots of cyber in the Greek work for steersman, and also introduced me to several variations of the word I’d never before encountered, including cybercubicle, cybersnob, and cyber-sheepishly (lest you think the term was confined to noun, verb, and adjectival uses only). He also discusses how cyber’s rival, the “e-” prefix (as in, email, e-commerce), put a dent in cyber’s campaign to dominate the internet-related vocabulary. While “e-” became the norm for everyday commercial terms, cyber developed a less wholesome reputation. “Despite the rise of e- formations, e- has not made much of a dent in forming words that relate to the more negative aspects of the Internet,” Coe wrote. “Terms like cyberwar, cyberattack, cybercrime, cyberterrorism, and cyberbullying are more prominent than ever.”

In 2008, current White House Deputy Chief Technology Officer Ed Felten, writing for Freedom to Tinker, speculated that military influence might be responsible for the rise of the term cybersecurity in place of something like, say, “information security.” He wrote: “Military units conduct reconnaissance; they maneuver over terrain; they use weapons where necessary. This mindset wants to think of security as defending some kind of terrain—and the terrain can only be cyberspace. If you’re defending cyberspace, you must be doing something called cybersecurity. Over time, ‘cybersecurity’ somehow became ‘cyber security’ and then just ‘cyber.’ ”

And now the cyber is so big. Well, of course it is—we’ve been experiencing cyber creep for years, letting the term grow and extend its tentacles until it is so vast, encompasses so much, that it is virtually meaningless and absolutely impossible to avoid. Talking about “cyber” in the abstract—and Trump is certainly not the first to do so, nor will he be the last—almost always seems to convey the sense that whoever’s speaking has no clear idea what he’s talking about and just wants to seem tech-savvy. It’s such a vague word, used in so many different contexts, that it’s difficult to take seriously without a noun to modify. When people resort to talking about “cyber” on its own (or “the cyber,” if you prefer), it feels like an implicit admission that they’re talking about something they know nothing about—something they can’t describe concretely, something that has no clear boundaries and no real, stable definition.

I’m as guilty as anyone of writing and talking about “cybersecurity,” and it hardly seems worth the effort to try to get everyone on board with a new word. But I use it less than I used to, inspired by my favorite commentary on the use of cyber, which comes from a 2013 New York Times article about programs aimed at getting students interested in cybersecurity. The article quoted then-17-year-old high school student Arlan Jaska, who helped start a student group at the Thomas Jefferson High School for Science and Technology in Virginia, originally called the Cybersecurity Club, but later changed to the Computer Security Club. They decided against the “cyber” prefix, Jaska told the Times, because “it sounds like you’re trying to be cool but you’re not.”