Congress Is Working. You Just Haven't Heard About It. 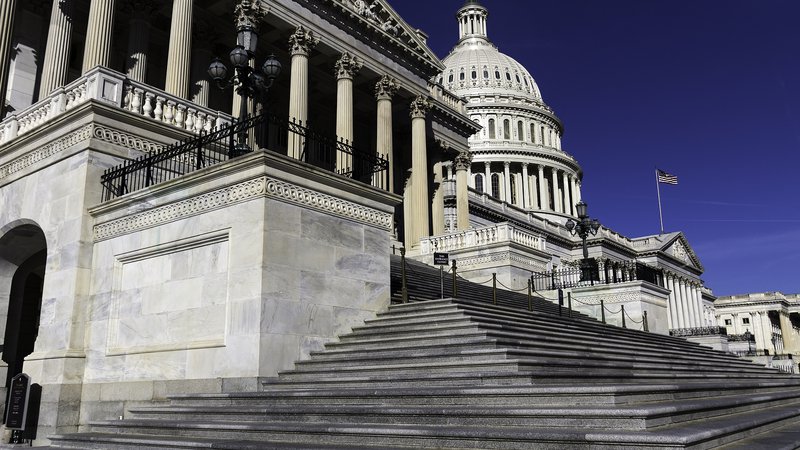 Conventions are wrapping and peak campaign season is upon us. Candidates at all levels will soon traverse states and districts aiming to connect and convince. From right to left, blue to red, the list of grievances and solutions will vary, but one common thread will run through them all: affirming and confirming the public’s low opinion of Congress.

Each party will accuse the other of obstructionism; incumbents will cite unsuccessful battles waged and good fights fought; challengers will compile lists of shortfalls. But one of the best kept secrets in Washington will get nary a mention: The legislative record of the 114th Congress (which runs from January 2015 through January 2017) is one of the most productive in recent years, due to considerable compromise and cooperation among members of both parties on key issues. And that is the last thing that either party wants you to know.

As my colleagues at POPVOX have noted, major bipartisan policies have been enacted over the past two years. Longstanding issues that have vexed Congress for years have been resolved during the 114th—under GOP control, with Democratic cooperation, signed by President Obama. Congress ended the Medicare physician payment system that required a temporary “doc fix” every year for seventeen years. It repealed No Child Left Behind (which officially expired in 2007) and began the process of reforming federal education policy. This Congress repealed the NSA bulk data surveillance program while reauthorizing the PATRIOT Act. It passed the first long-term transportation bill in a decade a new version of toxic chemicals bill, and updated FOIA for the 21st Century. You may support or oppose the substance of any of these bills, but they are hardly the work of a do-nothing Congress.

Brookings recently released its “Democracy Dashboard,” measuring a few key indicators for various government institutions. While that data only runs through 2014, a quick check on available data for the 114th (2105-2016) shows that many of the gridlock trends appear to be on the upswing -- more big votes, more conference committees. 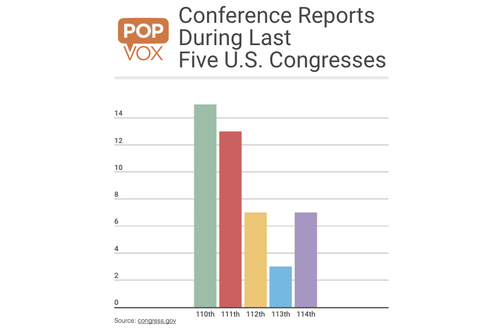 In some ways, divided government, in which the White House and Congress are controlled by different parties, has made some controversial policies more possible to address, since the two parties are forced to “hold hands and jump” together so that no one party or leader bears the brunt of difficult choices.

So why is no one talking about it? Depending on your position, celebrating or owning up to the legislative productivity of this Congress means either sharing credit or blame, and both sides have been reticent to do either.

For parties and politicians, this is symptomatic of a Catch-22: it is increasingly impossible to speak about legislative accomplishments that required compromise without incensing supporters or giving the other side credit (or both). Yet both parties suffer from the lack of public confidence in the institution of Congress. According to a recent Pew poll, both the Democratic and Republican base generally favor entrenchment over compromise, a phenomenon that looms over primary races, especially with memories still fresh of the 2014 ouster of House GOP Leader, Eric Cantor. 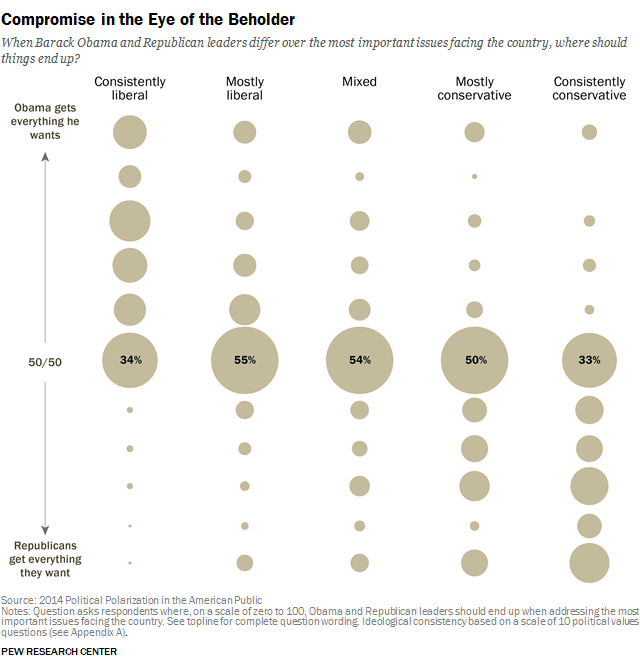 The safer and easier tack for each has been to just stick with the “Congress doesn’t do anything” line and hope no one notices any different. Bipartisan compromises are couched in the media as “rare,” no matter how many times they occur (whether on Puerto Rico, energy, toxic substances, education, the budget, taxes, and a host of other issues.)

So, if politicians and parties have no reason to talk about what is really going on in Congress and Congressional productivity, why should the rest of us care?

Beyond the simple notion of having an objective, accurate view of our government and the representatives we elect so that we can do our job on election day, there are several other reasons we should care about how Congress is actually doing its job.

The constant negative drumbeat that Congress is gridlocked and nothing gets done leads many to a rational conclusion: “so then why should I bother paying attention?” For members of Congress making choices day-in, day-out about which battles to fight and which compromises to strike, it has not escaped notice that they will rarely be praised for courage; that few are looking to “catch them doing something right.”

Whether Congress is doing “right” or “wrong” is subjective; but it is increasingly difficult for the non-lobbyist public to know what Congress is doing at all. With a majority of the in-depth coverage of Capitol Hill disappearing behind paywalls the general public is left with embellished press releases about the issues Members want to highlight; and moderate compromise doesn’t have a PR team.

That’s not to say that all issues are being addressed nor should it be surprising that the areas of greatest disagreement are not. What should actually be surprising is the considerably broad field of possibility still available in this notoriously partisan environment.

As the campaigns heat up and the rhetoric takes its predictable turn, we can challenge the notion that “Congress doesn’t get anything done” or that bipartisan compromise is rare. They do, and it isn’t. Laws are being made. And it’s up to all of us to pay attention and make our voices heard about how that process is playing out.