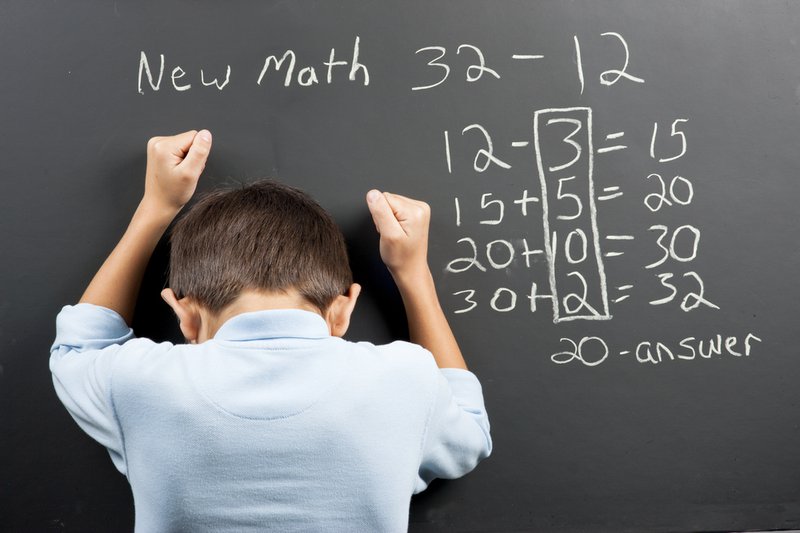 “I like Chris Christie, but we cannot afford to have a president of the United States that supports Common Core.” So said Senator Marco Rubio during last Thursday’s Republican debate. Governor Christie replied, “Common Core has been eliminated in New Jersey,” a statement that first, isn’t true, and second, further signaled the Republican Party’s strengthening opposition to federal education reform.

The irony is that Common Core, and more broadly, nationalized education standards, used to be a common-sense solution (no pun intended) in education reform circles. Governor Jeb Bush, who was only a few lecterns side-stage from Rubio, is a longtime supporter of Common Core. National education standards were originally promoted by Presidents Ronald Reagan, George H.W. Bush, and of course, George W. Bush, who took national standards and testing even further with No Child Left Behind. All of which is to say: Common Core, and the philosophy behind it, was originally a conservative idea.

So what changed? Or more aptly, who or what enabled the right’s opposition to Common Core?

The answer: ‘transpartisanship.’ A new policy paper released by Patrick McGuinn and Jonathan Supovitz focuses on the politics of Common Core and how transpartisanship explains the right’s shift and convergence with groups on the left. The paper was released at an event hosted by New America titled, “Margins to Mainstream: The Left-Right Fight Against Common Core”, and included panelists from a variety of political and positional perspectives: Derrell Bradford, the Executive Director of New York Campaign for Achievement Now, Michael Petrilli, President of the Thomas B. Fordham Institute, Lindsey Tepe, a policy analyst in New America’s Education Policy Program, and Marla Ucelli-Kashyap, Assistant to the President for Educational Issues at the American Federation of Teachers.

McGuinn and Supovitz’s paper chronicles how teachers’ unions on the left and the Tea Party on the right found a common cause in their opposition to Common Core, an occurrence that wasn’t bipartisan in the sense that each side shed some of their ideology to meet in the middle, but rather, transpartisan, meaning the issue found common opposition all over the political spectrum. Here’s why that’s important: It dismantles the long-standing notion that ideological positions can be neatly mapped across a horizontal political spectrum. Old school political science tells us that politicians get things done when a coalition with a majority comes together. Normally, to reach this majority, compromises have to be made—hence the bipartisan, ideologically mixed bag in the final product. But in transpartisan coalitions, common aims are matched and a coalition is built that goes beyond party lines and the middle. Politicians don’t change their positions; they find where they already agree. McGuinn and Suopvitz describe the transpartisanship that emerged in the Common Core debate like this: “Some objections to the Common Core were shared across ideologies: a perception that the standards took a one-size-fits-all approach, created a de facto national curriculum, put too much emphasis on standardized tests, might threaten student privacy, and undermined teacher autonomy.”

Ultimately, transpartisanship didn’t bring down Common Core—forty-two states and the District of Columbia have adopted and continue to use Common Core’s standards. McGuinn and Supovitz discuss how Indiana formally repealed the Common Core standards, but then replaced them with educational standards that were Common Core in everything but name, a victory that was more symbolic than substantive. Oklahoma repealed the standards as well, but is headed down a similar path as Indiana’s, not only because, as Lindsey Tepe noted, the standard for reforming standards is indeed to work off of that which came before, but also because, while there was transpartisan agreement that Common Core is bad, there was, and is, no transpartisan consensus over what comes next. Opponents of the Common Core happened to agree that it should be dismantled, but not on what should stand in its stead.

One answer might be that new ‘issues’ have a waiting or calibration period before parties coalesce around one viewpoint. Even though national education standards are not new per se, the insertion of Common Core into the public political space renewed the debate around them. As time passed and elections loomed, the parties picked sides: Republicans became largely opposed to Common Core and Democrats retained support (just look at where the presidential candidates stand). McGuinn and Supovitz write, ‘Opposition to the Core also represented a rejection of establishment Republican cooperation with Democrats, and a political style of complete opposition to big government...The fight against “Obamacare” transitioned into the fight against “Obamacore” (at the event, Michael Petrilli said that it was on hearing this word that he knew Common Core advocates were in trouble). Transpartisanship dissipated as commonality within the parties was found. McGuinn and Supovitz continue, “Others, however, believe that “it remains an open question whether transpartisanship can really suffice as an alternative to bipartisan problem solving” and emphasize the “issue-specific, time-limited, and thereby fleeting if not fickle nature of transpartisan coalitions.”

Another potential answer is that the transpartisanship around Common Core was really a movement against the nebulous D.C. establishment and technocrats. The classically liberal (as in John Locke, not the Democratic Party) factions on both the right and the left, and/or the factions who just resented top-down policy, came together on Common Core because it seemed to be a mandate outside the normal purview of the federal government. Panelist Derrell Bradford aptly noted that schooling is an issue of emotional localism, one in which constituents feel particularly invested because of education’s daily and domestic impact and the long history of state and local control over education. Common Core certainly dovetailed with the larger and present debate in education policy around school choice and curriculum efficacy. Common Core represented a federal incursion on local autonomy, autonomy previously held by teachers (the working class, on the left) and parents (the family, on the right). If opposition to Common Core was indeed fueled by anti-establishment resentment and/or classical liberalism, then it illuminates the examination of transpartisanship and when it could be harnessed in future political movements.

Or does it? In the case of Common Core, transpartisanship only worked as an opposition movement. As panelist Marla Ucelli-Kashyap wisely noted, “Common enemy does not equal common cause.” Anti-establishment factions on both the right and left may have agreed Common Core was bad, but their advocacy was stymied by a failure to agree on what came next.