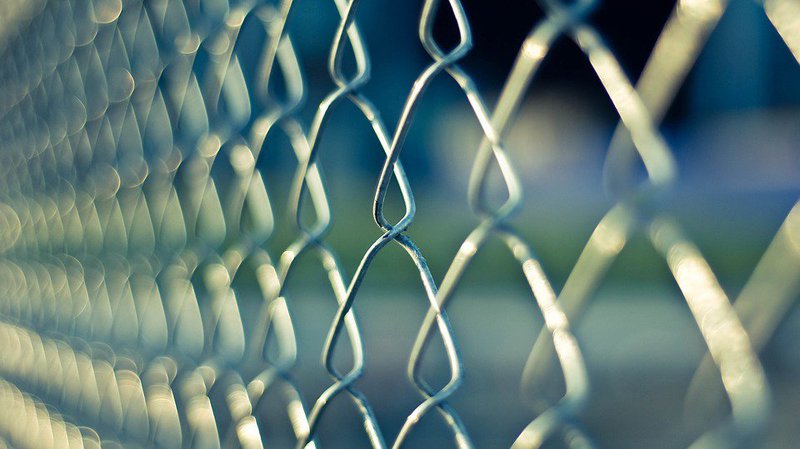 It’s been three years since Eric Garner, an asthmatic black father of six children, yelled the above phrase 11 times before losing consciousness and dying on a sidewalk in Staten Island, New York. Garner’s last moments and last words were captured on video, and they were shared widely across social media. When a grand jury refused to indict Daniel Pantaleo, the NYPD officer who placed Garner in the fatal chokehold, “I can’t breathe!” became a new protest mantra associated, most closely, with the Black Lives Matter movement.

Butler employs the chokehold—the maneuver as well as the metaphor—as, in his words, “a way of understanding how American inequality is imposed.” Although applicable to many marginalized groups, Butler uses the experiences of black men to unpack and understand the chokehold. He takes the literal, physical chokehold and applies it to the figurative chokehold with which the criminal justice system has gripped the lives of black American men.

Using the term as a lens through which to view the U.S. criminal justice system and, more broadly, white supremacy, Butler argues that policing and the criminal justice system aren’t broken systems. Rather, they’re running extremely smoothly—exactly as they were intended, in fact. For instance, in case after case, the U.S. Supreme Court has ruled in ways that have given the police what Butler calls “super powers” to terrorize and imprison marginalized minority communities, with black men as primary targets. As evidence, Butler breaks down repeated U.S. Supreme Court rulings that have entrenched “stop and frisk,” an NYPD practice that allows police officers to question and even detain people for often murky pretexts. The practice, typically aimed at black and Latino communities, has become a lightening rod for controversy—there appears to be no correlation between the policy and crime rates.

How does the chokehold, particularly as it responds to and controls black men, work? It operates via a two-step process. The chokehold begins by socially and legally construing black men, writ large, as inherently criminal, or at least as having a deeply rooted impulse for criminality. It then, in turn, uses the legal system and broader social policies to clamp down on this perceived threat. This process begins before puberty even takes place: Young black boys, for instance, are disproportionately suspended from preschool, and as we saw after the shooting death of Tamir Rice in 2014, they’re perceived to be older and guiltier than they actually are. Ultimately, by law and practice, all black men become “thugs,” and they’re treated as such.

Regrettably, current interventions, most notably former President Barack Obama’s My Brother’s Keeper Initiative, have, to Butler’s mind, done nothing, or at least very little, to break the chokehold. Instead, these programs perpetuate the “chokehold construction of black men as violent, hyper-masculine criminals,” Butler writes. These programs are, in a sense, built on flawed and racist critiques of black male dysfunction and pathology, and they focus on remediating the behavior of those held hostage by structural forces, rather than addressing those of the police. While strong in his critiques of black male intervention programs, Butler doesn’t wholly discount them, either. As a part of a comprehensive racial justice strategy that centers an intersectional black male experience, such programs can, he argues, be transformative.

This raises the question of what black men can do when the chokehold is so encompassing. Butler dedicates the final two chapters of his book to tangible actions to “disrupt its grip.” His penultimate chapter is spun, lovingly if regrettably, as an advice guide to his fellow black men. His practical guidance—what to do if stopped by the police, how to choose between a public defender and pay lawyer, what to wear to court—is based not only on Butler’s years as a federal prosecutor, but also on his own first-hand experiences with being stopped and frisked, arrested, and prosecuted. While his tips may seem to reinforce the very behavior remediation tactics employed by the programs he critiques earlier in the book, Butler stresses that his advice will help black men navigate the criminal justice system—and that it should be taken resentfully.

This isn’t to say, Butler points out, that black men must follow a prescription that consists only of mere survival. Indeed, Butler refuses to leave his reader in utter despair. He spends his final chapter engaging in an unsparing critique of popular opinions around U.S. race relations, and he proffers radical recommendations to break the chokehold. For one, Butler calls for complete prison abolition and lays out tangible actions toward this end, including reducing the following: maximum punishment for criminal offenses, the number of offenses one can be imprisoned for, and the amount of money spent on policing. He also pushes activists to “look beyond the police” in the fight to end white supremacy, and to open themselves up to other forms of resistance.

Especially for black audiences, Butler offers a timely investigation of prison abolition and white supremacy more fundamentally. Building on the work of black women scholars and activists before him, Butler contends that the fight for racial justice can’t be won by fixing policing and the criminal justice system, at least not only by fixing these systems. Complete transformation must take place, because until then, the chokehold can’t be broken—and no one can breathe.