Cautious Optimism for Our Littlest Learners 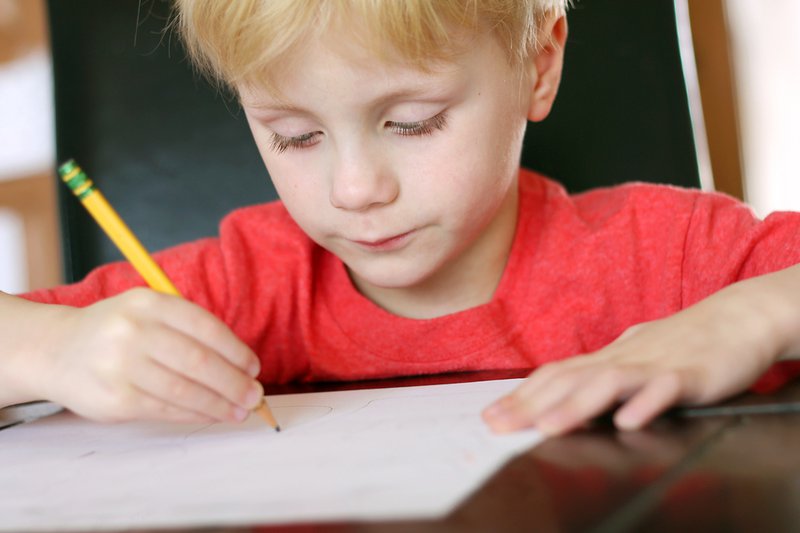 President Obama used his final State of the Union address earlier this month to ask Congress to build on the bipartisan passage of the Every Student Succeeds Act by “providing pre-K for all.” Unlike some of the speech’s more novel material (like Joe Biden leading the charge against cancer), this particular portion was just the latest mention of the importance of early childhood education by President Obama: In 2013, he released a “Preschool for All” plan that, if implemented, would provide all low- and middle-income four-year-olds with access to pre-K programs. While such an ambitious plan was—and is—extremely unlikely to become a reality in today’s political climate, the mere fact that early childhood education is now regularly mentioned by the holder of America’s highest office counts as progress for advocates of increased access to high-quality education for young children.

Or, to put it as Marquita Furness Davis, Executive Director of the Jefferson County Committee for Economic Opportunity, did: “All of a sudden, early childhood [education] is sexy.” Davis was a panelist at a recent event at New America moderated by Alyson Klein of Education Week. But suddenly sexy is not what advocates have spent years working toward, and Davis continued, “It’s an exciting time, but it’s also a time where we have to be optimistic yet cautious. With the next administration who knows what’s going to happen?”

There is indeed good reason to be optimistic regarding the state of early childhood education in America today. The Department of Health and Human Services has recently awarded almost $400 million in grants to support women during pregnancy and parents of young children through home visiting programs. When it comes to state-funded pre-K programs for three- and four-year-olds across the nation, 40 states plus DC offer some form of pre-K access as of the 2013-2014 school year. And, over the past 20 years, most states have greatly increased investments in state-funded pre-K. Several large cities have also developed and begun to implement high-profile pre-K programs, including Boston, New York, and San Antonio.

Who gets the credit for the growing realization that learning begins much earlier than kindergarten? To no small extent, scientists. Brain science that suggests much of the brain’s internal wiring happens in the first few years of life has led policymakers and parents to understand that “the period from prenatal to...age three is absolutely critical for laying the groundwork that children need to have a shot,” noted panelist Katharine B. Stevens of the American Enterprise Institute. The last several years have seen the emergence and growth of a diverse group of organizations such as Reach Out and Read, the Thirty Million Words Initiative, and Too Small to Fail that are built around the idea that children start learning from the moment they’re born and cannot wait until kindergarten to begin their education.

But if scientists made the discoveries, it is advocates and, in turn, politicians, who brought them out of the lab. In response to growing evidence of the dramatic importance of children’s earliest years, several presidential hopefuls have unveiled specific proposals for expanding access to early education. Hillary Clinton’s proposal calls for expanding pre-K access to all four-year-olds within ten years by providing new federal funding to states. Clinton also vows to double the nation’s investment in Early Head Start, which provides services for pregnant women and children from birth to age three. Not to be outdone, Bernie Sanders has also called for pre-K for all children. On the Republican side, Jeb Bush recently released an education plan that calls for states to award funds directly to parents to use on the pre-K program of their choice.

So if more attention than ever is being paid to early childhood education by state policymakers, advocacy organizations, and presidential candidates alike, why the need for caution? Lisa Guernsey of New America summarized the situation. Early childhood education, she said, is “an area that still does not have as much of a comprehensive policy approach” as K-12 education issues. While much progress has been made, there are still “so many gaps and equity issues that are not being addressed.”

That there’s inconsistent, unaddressed policy across the nation was also the conclusion reached by New America’s Early and Elementary Education policy team in a recent report that ranks states on policies that promote literacy from birth through third grade. For example, while the benefits of full-day kindergarten are becoming clear, as of 2014 only 12 states required districts to offer a full-day of kindergarten. And while pre-K access is expanding across the nation, there’s still a long way to go when it comes to providing high-quality pre-K programs to all children. Even when combining state-funded pre-K, Head Start, and special education services, only about 42 percent of four-year-olds and 15 percent of three-year-olds have access to publicly funded pre-K programs. And we know that it’s poor children that are the most likely to miss out on pre-K opportunities.

Even if children are lucky enough to receive quality pre-K, many then enter a K-12 education system that is broken. “Kindergarten through second grade have largely been ignored” in discussions of improving early education, pointed out Laura Bornfreund, also of New America’s Education Policy Program. Stevens agreed, stating that she’s found that “principals routinely push their worst teachers to the early grades,” likely as a result of pressure to have the best teachers in the testing grades of third through fifth grade. Failure to provide a strong education in the early elementary years can stall the academic growth children experience as part of a high-quality pre-K program.

Near the end of the event, Helen Blank of the National Women’s Law Center stated simply, “I’m excited that early childhood has moved higher on the agenda, but we’re still facing enormous challenges.” In other words, President Obama’s State of the Union utterance matters less than what the federal and state governments say—and do—after.