The Contours of the United States' Shadow War 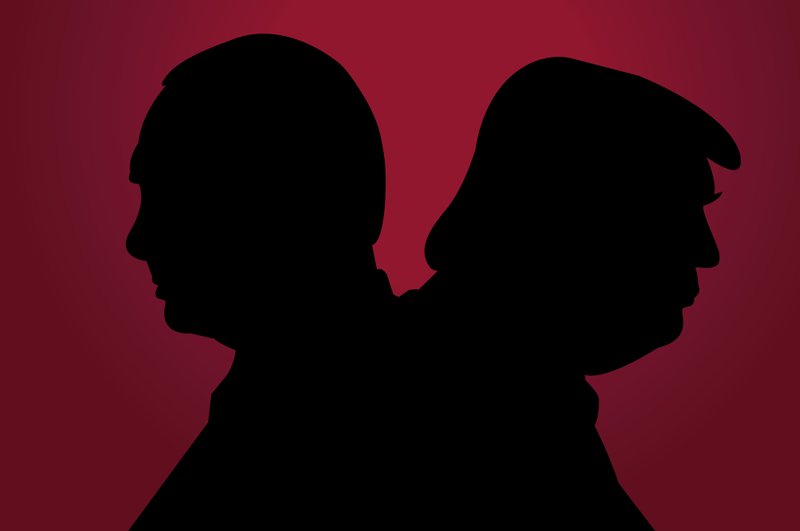 The United States is ensnared in a secret war.

It’s not exactly a war in the conventional sense, and it’s perhaps not even a war it can win. But Jim Sciutto, the chief national security correspondent for CNN News, believes that the United States is on the defensive, besieged by shadowy forces that are invisible to its citizens. More specifically, a pall of Cold War antagonisms hangs over the diplomatic backrooms of Washington and Moscow, and spreads across the battlefields of Ukraine and Syria.

Meanwhile, across the Pacific, there looms another, greater rival. According to Sciutto, U.S. intelligence analysts believe that though “Russia is the more injurious short-term threat,” it’s China that will grow to become a more serious threat in the long-term. “China has the true capability of overcoming the U.S. in time. It’s not guaranteed, but it has a stronger economy and bigger population. And does China want to surpass the U.S.? Absolutely.”

That was Sciutto at a recent New America event about his new book, The Shadow War: Inside Russia’s and China’s Secret Operations to Defeat America. He has worked as the chief of staff of the U.S. embassy in Beijing and as the senior foreign correspondent for ABC News; he draws heavily on these real-life experiences throughout the book. For instance, Sciutto recounts flying aboard a reconnaissance aircraft in the South China Sea, above the man-made islands that China is using to claim new territory. As a journalist, he was on the ground in Ukraine as the “little green men” materialized to seize swaths of the Donbass in August 2014.

The event showcased the gravity and diversity of the threats the United States is facing. To an audience including seasoned national security analysts and writers located just a block from the White House, Sciutto charted China and Russia’s furtive incursion against U.S. international and technological hegemony—and what the current administration is, or isn’t, doing about it.

Beginning in 2009, Chinese businessman and spy Stephen Su stole hundreds of gigabytes of top-secret data on three of the United States’ most advanced military aircrafts: the F-35, F-22, and C-17. Thanks to Su, images have surfaced of Chinese aircraft that are clearly modeled on the designs taken from Boeing and Lockheed-Martin. In his book, Sciutto also recounts the 2006 Russian assassination of Alexander Litvinenko using polonium-210, saying that it foreshadowed the 2018 attempted assassination of Sergei Skripal, overlooked by Western intelligence.

Another troubling reality, in the eyes of Sciutto, is the fact that both the Chinese and Russians have recently launched sinister new weapons into space, waiting to be tested. In the darkness above, cutting-edge Chinese and Russian satellites drift quietly, biding time before attacking the spacecrafts that Westerners rely on for cell-phone service, television signals, GPS, and military security. The Chinese Shiyan satellite has been equipped with a grappling arm to damage rival satellites and snatch them out of orbit. The Russian Kosmos 2499 satellite has been nicknamed “kamikaze” by U.S. analysts for its capability to disable or destroy adjacent enemy satellites.

What is the United States doing to address these escalating threats? According to Sciutto, not enough.

Amid what some call a second Cold War with Russia, the Trump administration has adopted a lax attitude toward the ever-mounting threat of Russian irredentism in the Baltic region and Eastern Europe. In addition, the dissonance between executive leadership and department officials has reached a fever pitch; in June 2018, for example, the U.S. ambassador to Estonia James Melville resigned over comments by Trump regarding NATO and the EU. (In 2018, the president declared that “the European Union was set up to take advantage of the United States, to attack our piggy bank.”)

Sciutto identified two recurring themes in U.S.-Russia relations over the past decade. The first is the waxing of unabashed Russian aggression—chiefly, the 2014 annexation of Crimea and Russia’s documented intervention in the 2016 U.S. presidential election. The second is the pervasive tendency of U.S. politicians, across administrations, to delude themselves about Russian hostility toward the West—consider the Obama administration’s 2009 “Russian reset” in the wake of the Georgian War.

In regards to China, efforts begun by the Obama administration to curtail the theft of intellectual property have faltered under the Trump administration. On top of that, the escalating trade war with China threatens the United States’ economic relationship with its largest import partner.

According to Peter Bergen, the director of New America’s International Security Program, the Chinese feel “since the Opium Wars of the 1800s that they’ve been essentially humiliated.” As a result, the Chinese don’t perceive the displacement of the United States in the international hierarchy as a usurpation—as many Americans might view it—but rather as a rightful return and reclamation.

That said, though the present state of U.S. relations with China and Russia is grim, Sciutto remains hopeful about the future. The final chapter of his book comprises a list of feasible strategies that the United States might pursue to turn the tide of the war, which will require increased backing and intellectual wherewithal from government leaders at the very top. Until that support comes, however, the United States will remain mired in a hidden and losing war, one that’s seeping ever further out of the shadows and into daily life.