A Zero Sum Game? What You Should Know about Zero-rating 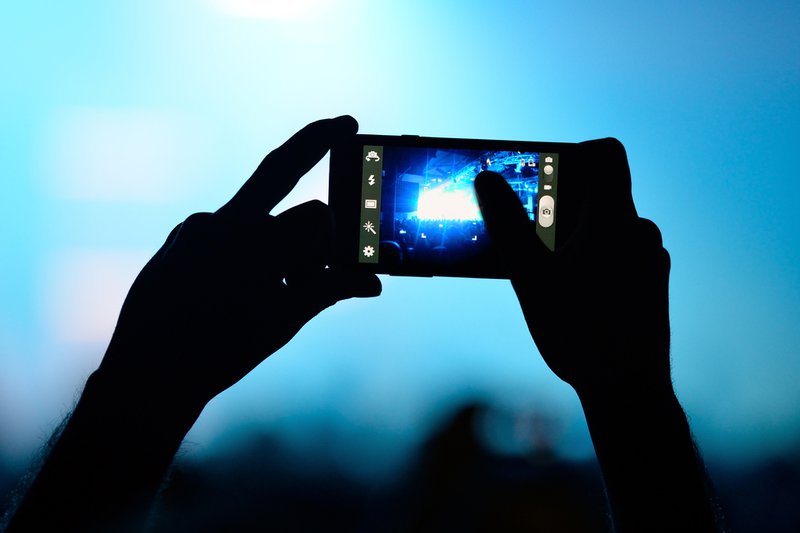 You may have only just wrapped your head around the term “Net Neutrality,” but there’s a new Internet policy buzzword in town–Zero-rating. With India’s main telecommunications authority likely to ban the practice and US regulators puzzling over a crop of programs like T-Mobile’s BingeOn, “Zero-rating” has morphed from an obscure pricing scheme limited to the so-called developing world to a frontline debate in Internet policy.

So...what does that mean? What is Zero-rating, and why is it up for heated debate? Here’s what you need to know.

“Zero-rating” is when an Internet provider, usually a mobile carrier, exempts certain types of Internet traffic from counting towards a subscriber’s data allotment. In the case of T-Mobile’s “BingeOn” program, subscribers can stream all the Netflix or Amazon Video they want on their phones without worrying about using up their data plans.

At first, arrangements like BingeOn seem a welcome development to consumers. Video streaming, after all, is a data-intensive affair: Watching just one movie or a few episodes of The Mindy Project could exhaust your entire data allotment for the month. As many customers are all too aware, once you go over that allotment, you could be then be hit with overage fees or see your subsequent traffic throttled.

The practice of Zero-rating originated in efforts to bring Internet connectivity to the poor in the developing world. In markets where data allotments and connectivity alike were scant, companies arranged to pre-pay mobile carriers for certain types of user data (typically popular social media sites). Functionally, Zero-rating meant that users on limited plans could have unfettered access to prioritized applications and websites, thanks to these special, paid arrangements.

So What’s the Problem?

Even in its early days, Zero-rating raised concerns of digital equity, creating what Quartz India called “a poor internet for poor people.” One study showed that, for certain populations, Facebook was indistinguishable from the whole Internet. Josh Levy, the advocacy director of Internet rights group AccessNow, warned that Zero-rating was an unfair swap for the world’s poor: “When the first billion people came online…[t]hey got access to the full Internet. So I don’t see why we can’t continue to strategize about ways to get the second billion people online to using the full Internet.”

Who Is Zero-rating Now?

T-Mobile: Announced in late 2015, T-Mobile’s BingeOn program allows users on 3GB or higher plans to use certain video streaming services without counting them towards data caps. Exempt or not, all video streaming is throttled through the opt-out program, and notable services that are not currently BingeOn partners include Youtube and TwitchTV. T-Mobile’s technology cannot identify encrypted (HTTPS) video traffic, likely precluding any encrypted services (like Youtube) from participation. Several public interest voices criticised T-Mobile for misleading customers on video throttling, which was previously referred to as “optimization,” and for insisting upon unnecessary data caps in the first place. T-Mobile CEO John Legere recently defended BingeOn via an expletive-filled Twitter video, but that didn’t stop the FCC from calling in the company to discuss its practices in January.

Facebook: Free Basics/Internet.org: Through the “Free Basics” android app, subscribers in 36 countries in Africa, Asia, and South America are given access to Facebook and a number of Facebook-approved sites on their mobile phones without data charges. Facebook partners with mobile carriers to offer zero rated services, and the program was formerly marketed as Internet.org or “Facebook Zero.”

Free Basics’ introduction in India caused explosive debate in late 2015, and the controversy in India led Egypt to also suspend the program. India has since sunk into its own populist Net Neutrality fight: A grassroots group of activists got 400,000 people to write to the Telecom Regulatory Authority of India (TRAI) as part of a public consultation on whether mobile operators should be allowed to charge different amounts for different forms of data. Like T-Mobile’s John Legere, Facebook’s Mark Zuckerberg has publicly defended the program against critics who say the program violates net neutrality, asking “who could possibly be against this?” in a Times of India Opinion piece. For their part, Indians’ opinions seem to be split.

Verizon and AT&T’s Sponsored Data Plans: AT&T first announced sponsored data plans in Jan 2014, and Verizon announced similar intentions to launch sponsored “FreeBee” data in December 2015. In sponsored data plans, certain data charges are billed directly to the sponsoring company, rather than to customers—so the data used by the app or service is essentially free to customers. As Stacey Higginbotham recently wrote in Fortune, Hershey once paid AT&T to let people watch a mobile video ad for the chocolate without having it count against the consumer’s mobile data cap.

Comcast’s StreamTV: StreamTV, which launched in 2015, is a streaming cable TV service offered to Xfinity Internet customers. Streamed data through the service does not count towards a subscriber's data caps, which start at 300GB per month. Relatedly, in a leaked internal memo, Comcast has admitted that its data caps are not related to real network management needs. Comcast’s service has been described as a falling into a Net Neutrality “loophole” – as Jon Brodkin writes in Ars Technica, StreamTV delivers content over Comcast’s cable, rather than Internet, networks. Motherboard has razor sharp analysis of how Comcast seems to hope this distinction will help the program skirt around the FCC’s Open Internet Rules.

Is Zero-rating Really That Bad?

Legal scholars have lambasted Zero-rating for violating Open Internet principles, for its discriminatory effects, and for offering customers artificial relief from the unnecessary scarcity they created in the first place. Stanford Law School professor Barbara van Schewick recently authored a paper arguing that BingeOn was likely illegal under FCC rules, stating that “Binge On is aptly named—it feels good in the short-term, but harms consumers in the long run.” Harvard Law School’s Susan Crawford wrote last year that “Zero-rating certain services are anti-competitive in a way that even cable operators might envy.” A number of countries have gone so far as to ban Zero-rating in all forms: Chile, Norway, Netherlands, Finland, Iceland, Estonia, Latvia, Lithuania, Malta, and Japan.

In the United States, the FCC’s 2015 Open Internet Rules, unlike the older 2010 Internet Order, did not explicitly ban Zero-rating schemes or data caps, choosing to instead examine practices on a case by case basis. Zero-rating practices were nonetheless a hot topic in the Open Internet Proceeding. Because of its potential to prioritize certain types of traffic (thereby violating Net Neutrality principles) and to favor incumbents who could pay for their services to be Zero-rated, parties that supported a ban on paid and unpaid forms of Zero-rating included civil rights organizations, the startup community, and public interest groups. Nick Grossman of Union Square Ventures filed a letter of ex parte with the FCC warning that even a Zero-rating scheme that did not require a fee could still raise the costs of innovation, distort competitive markets, and encourage carriers to choose scarcity by reducing their data caps.

For our part, OTI has long opposed data caps practices (in 2012, 2013, and most recently, in 2015), noting that “broadband appears to be one of few industries that seek to discourage their customers from consuming more of their product.” As Grossman points out, the greatest threat to consumers might lie in the anticompetitive effects of combining data caps and Zero-rating practices. Allowing mobile carriers to both set data caps as well as pick and choose what types of traffic are exempt from those caps concentrates their power over consumers. Carriers can favor or disfavor broad categories of content as they so please, gaining incentive to set lower caps or whittle away at the free or basic services in order to push consumers into more expensive plans. Evidence from the Netherlands supports this connection: A ban on Zero-rating in that country actually led one mobile provider to double its mobile internet volume caps in order to encourage a carefree usage of its online videos. This raises the question: Without data caps, would there be any controversy over Zero-rating?

This article is running in conjunction with an event on Zero-rating hosted by New America's Open Technology Institute.