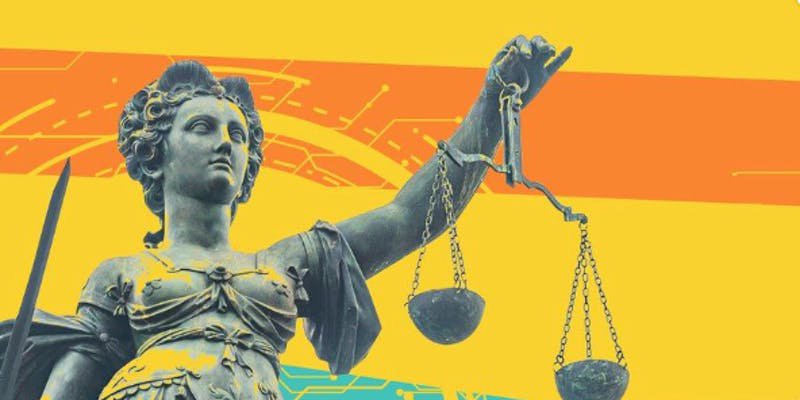 Join our upcoming book talk on The Tech That Comes Next: How Changemakers, Philanthropists, and Technologists Can Build an Equitable World on April 13, and sign up for our monthly newsletter.

Three years ago this month, 21 colleges and universities across the country committed to training the next generation of technologists in individual rights, justice, and social welfare. Under the new banner of “public interest technology,” a partnership of New America, the Ford Foundation, and the Hewlett Foundation called the Public Interest Technology University Network (PIT-UN), was born. PIT-UN’s definition of the emerging public interest technology field sought to unify critics of technology with proponents of using technology for social good by centering the creation of public benefits, goods, and services. PIT-UN aims to shape a community of researchers and practitioners dedicated to helping those on the margins of society.

PIT-UN now boasts a membership of 48 colleges and universities, working to strengthen public interest technology as a discipline and a career. It has distributed $11.6 million to over 100 projects to grow the field via its Network Challenge grants program. The grants have funded individual courses and sequences of courses towards minors, certificates, or degrees in public interest technology. They have identified and spotlighted models of effective career pathways in this new field.

Princeton University, Olin College of Engineering, Ohio State University, and the Massachusetts Institute of Technology (MIT) have created clinics to allow students to apply their technical skills in collaboration with local government and community partners. Princeton placed PIT-UN member students in internships at the Consumer Financial Protection Bureau, the Federal Trade Commission, and New York City’s Office of the Chief Technologist to focus on effective governance of technology. Olin College developed a unique student-run fellowship, where funded students sought out and offered their services to local nonprofits for no fee. Ohio State will be placing fellows in the state government in 2022 to grow the capacity of Ohio’s public sector to integrate scientific-technical insights into policymaking and to foster a culture of dialogue and collaboration between state government and academia. MIT’s Cybersecurity Clinic offers MIT and Harvard students an opportunity to learn about the fundamentals of cybersecurity for critical urban infrastructure and apply their knowledge to assess the vulnerabilities of cyberattack on a city, town, or hospital.

“When we uncritically celebrate technology or unthinkingly criticize it, the end result is to leave technologists in charge of the future. … [W]e as individuals, and especially together as citizens in a democracy, can exercise our agency, reinvigorate our democracy, and direct the digital revolution to serve our best interests.” — Rob Reich, Mehran Sahami, and Jeremy Weinstein, founding PIT-UN members at Stanford University and authors of System Error: Where Big Tech Went Wrong and How We Can Reboot

These funded clinics, fellowships, and internships demonstrate the viability of a university-to-government or university-to-nonprofit pipeline for future public interest technologists. Yet, these early gains will only matter if we extrapolate the deeper lessons of the Network Challenge projects. Research on tech and ethics from New York University PIT-UN member scholars Anne L. Washington and Rachel Kuo offers a glimpse of what is needed in the field. Washington and Kuo introduced the term “digital differential vulnerability,” which is the recognition that there is no single unilateral benefit to society as a whole by technology and its innovations. Innovations may differentially benefit or harm vulnerable or marginalized populations. This is an insight echoed in the research of some science and technology scholars within PIT-UN, two of whom made the case for public interest technology by asking their universities to directly bridge the gap between traditional technology programs, such as engineering and computer science, with policy and ethics.

As founding Stanford University PIT-UN members and authors of the book, System Error: Where Big Tech Went Wrong and How We Can Reboot, Rob Reich, Mehran Sahami, and Jeremy Weinstein argue that current technologists amplify the things they deem important by virtue of their training and worldview. This small group of mostly white, male tech founders and venture capitalists do not reflect the breadth and scope of human desires that should be considered and protected by our institutions. The authors suggest that we as a society need to be more deliberate about the values we want to promote within the technology design processes taught and practiced at elite institutions and in the private sector, respectively. They make a case for collective systemic efforts like PIT-UN and a strong, rigorous government oversight to ensure a level playing field for all.

As the third anniversary of the network approached, PIT-UN rallied its leaders to reflect on the lessons of the grantees, their own institutional labors to date, and the urgent cry for racial and social justice across the country. The members have recommitted to PIT-UN by choosing to center social justice and equity in their public interest technology programs. PIT-UN leaders see their work as essential to helping to grow and deploy the next generation of technologists, entrepreneurs, advocates, and policymakers. At its annual convening hosted by Arizona State University in November 2021, the then 43-member PIT-UN recommitted to the following:

So far in 2022, PIT-UN's five newest members have also affirmed their commitment. As a whole, the priorities outlined reflect the values PIT-UN wants to encode in the public interest technology ecosystem.

Yet, the challenge is clear. PIT-UN member Pardee Rand Graduate School observed that despite the university’s attempts to integrate ethics into the artificial intelligence curricula, graduates still often enter the workforce focused on generating revenue, user engagement, and increasing value for stockholders. Public interest technology aims to turn that misalignment of values and outcomes on its head.

Building Career Pathways for Diverse Public Interest Technology Entrepreneurs (Public Interest Technology, 2021): Technology has become a staple of our everyday lives, but technologies can, and do, reinforce the marginalization of traditionally underrepresented groups. Factors such as race, class, and gender impact the growth of diverse public interest technology entrepreneurs — inclusive tech policies could help to mitigate some of these inequalities — but diversity-driven feedback and learning from lived-experiences is imperative.

Challenges and Opportunities for BIPOC Public Interest Technology Entrepreneurs (Public Interest Technology, 2021): Student perspectives and participation in discussions surrounding the public interest technology ecosystem are an integral part of gathering meaningful insight into the challenges faced by BIPOC PIT entrepreneurs. In this event, we gather some of that feedback to learn more about how to support these entrepreneurs.

Designing Accessible and Inclusive Digital Public Infrastructure (Digital Impact and Governance Initiative, 2021): In the digital age, equity means that all citizens must have access to community and government engagement — but the pandemic has only amplified the vast underlying inequalities of Digital Public Infrastructure (DPI). What practices can civic, governmental, private, and other organizations implement to reach true DPI equity?