But Money Matters More Than Ever 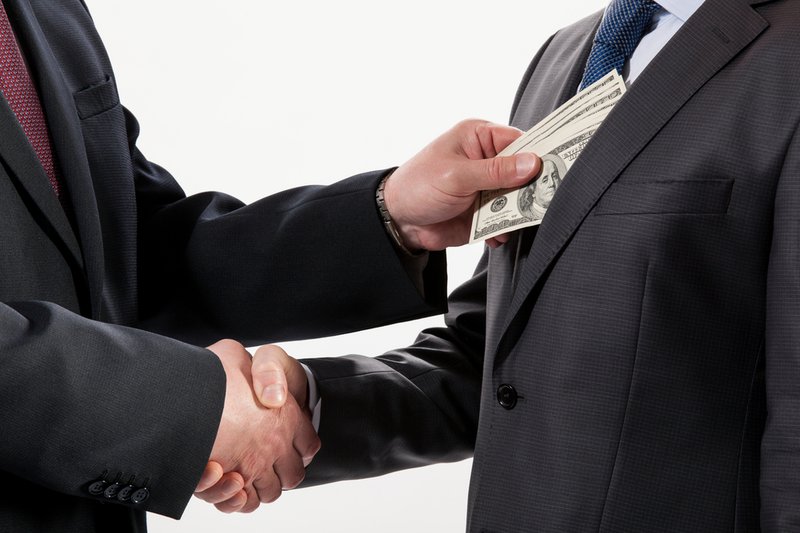 After Republicans won the most expensive midterm election in history, it was tempting to ascribe the result to money, or more specifically “dark money” – the political non-profits used predominantly by Republicans that don’t disclose their donors. On Wednesday morning, the Center for Public Integrity, which has provided impeccable analysis of non-disclosed spending all year, led with this headline: “GOP rides cavalry to U.S. Senate majority: Super PACs, 'dark money' nonprofits make difference as Republicans dominate election night.” The Center for Responsive Politics declared that “money won,” and that “Republicans made the most of their fundraising advantage and routed Democrats in Tuesday’s midterms.”

The evidence doesn’t support those headlines. Including “dark money,” Democrats were outspent by modest amounts in some races, and outspent Republicans in others, without much difference in results. The Center for Public Integrity’s data, which includes all the dark money groups, because its based on counting broadcast ads directly shows that even in states where Republican Senate candidates and outside groups combined had more money and ran more ads, such as Kentucky, the Democrats still had more than enough money to be competitive. (Alison Lundergan Grimes was outspent by Mitch McConnell and his allies by about $10 million, but the $17 million she raised herself, and an estimated $14 million spent on ads backing her, was far more than has ever been spent in that state, and enough to be fully competitive, if voters were willing to back her.) In most of the highest profile races, such as Colorado, North Carolina, and Arkansas, Democrats either spent more or the two parties were virtually tied. Money didn’t make the difference on November 4.

Before long, some smart explainer journalist will declare that 2014 proves that money in politics doesn’t matter, just as they did after 2012. They will be wrong, too. Money mattered plenty over the course of 2014, raising issues that call for rethinking some familiar solutions. If Democrats were at a disadvantage on November 4, it wasn’t because they had less money. It’s that they didn’t spend it well enough. And that’s in part because donors and their operatives, not candidates or the parties, are calling the shots. Here’s how money mattered in 2014:

Money is now an independent force, unaccountable to voters, candidates or parties. “I approve this message,” often adorned with “because” and a slogan, has become so familiar that it’s an easy joke, symbolizing the idea that the candidate is accountable for his campaign. It was a throwaway provision in the 2002 Bipartisan Campaign Reform Act, but has been as significant and visible as anything in that now-obsolete law. But with outside groups – both SuperPACs and political non-profits – spending more than actual candidates in a quarter of Senate races and 17 congressional races, according to the Center for Responsive Politics, that, too, is irrelevant. Money moves en masse, collected from a small number of big donors and deployed by a handful of little-known operatives toward races where it might make a difference. Various tactics have been devised to ensure that the money can reinforce the campaign’s message without formal coordination, such as the freestanding hub of video footage and research created by Republicans for use by all their campaigns and committees. Candidates are still desperately dialing for dollars, but more and more their campaigns are designed by forces outside of their own control, and voters have no way to know who is accountable. The most powerful people in politics are those who control these blocks of money, people most Americans have never heard of.

Money determined who the candidates would be. Money always matters more at the beginning of a campaign than at the end. It’s a barrier to entry for most would-be candidates. Republicans are congratulating themselves on recruiting candidates who at least appeared less unhinged than the self-destructive extremists who cost them control of the Senate in 2010 and 2012. There’s nothing wrong with that—parties should try to select their strongest candidates and discourage the weakest. But this year, as Nick Confessore reported Thursday in The New York Times, much of that process of selecting some and discouraging or shutting out others was done not by local party committees or even party leadership, but by the brokers of big money. There has always been a “money primary” that determines who can be a viable candidate long before the voters get a chance to weigh in, but never has it been so formal and so invisible.

Money narrowed the range of issues, especially for Democrats. Why did Democrats, notably Colorado Senator Mark Udall, push so hard on “war on women” issues, at the expense of economic concerns. After all, Republicans were defusing the bombs, like “legitimate rape,” that harmed them in 2012. Partly, of course, Democrats were just using an outdated playbook, one that worked in 2008 and 2012, when Republicans set themselves up for it. But more significantly, these and other social issues are what Democratic donors are most comfortable with. In a recent review of New York Governor Andrew Cuomo’s memoir, Jeff Smith pointed out that “not coincidentally, the big money in American politics lies at the nexus of [Cuomo’s] issue matrix—social tolerance melded with center-right economics.” There are Democratic donors interested in promoting gun safety legislation, marijuana legalization, same-sex marriage, reproductive rights, and most notably, legislation to forestall climate change, led by hedge fund billionaire Tom Steyer’s $57 million NextGen Climate Action. But there is no Tom Steyer of the minimum wage, or of progressive tax policy.

Money also failed to put new issues on the agenda. There were several concerted efforts, particularly on the Democratic side, to use the election to raise the profile of certain issues. In addition to Steyer’s, there was Mayday PAC, Lawrence Lessig’s effort to “embrace the irony,” using money to make campaign finance reform itself an issue. Both those efforts failed badly, leading some to suggest that the public isn’t interested in campaign reform or climate change. While Mayday seems to have made some poor strategic choices, such as pursuing the very safe Rep. Fred Upton, who wasn’t even particularly bad on reform issues, the bigger question is whether this model of using money to push an issue into contested political space, where voters care about it and candidates compete to do better on it, can work at all, on any issue. When most issues fall purely along party lines – all but a few Democrats support action on climate change, almost no Republicans even acknowledge the issue – it’s very difficult to raise the salience of it or any other issue. Steyer’s became just another Democratic super PAC, no less successful than the others.

Because of outside money, we’re still overspending on television. Finally, here’s a thought about how money could make a bigger difference. The most notable data about the 2014 election came in the form of a report from the Pew Research Center showing that the political views of voters by age and gender had not changed at all in recent years. Younger voters favored Democrats by the same margin as in 2010, women were three points more likely to say they voted Democratic. It’s all about turnout, and the proportion of the electorate that was under 44 was even lower than it had been in 2010, at 35%, down from 46% in Obama’s reelection. Voters over 65 made up 22% of the electorate, more than ever. Democrats bragged about their systems for tracking and mobilizing voters, called the Bannock Street Project after the location of Senator Michael Bennett’s successful 2010 turnout operation, but the evidence suggests it had little impact. If even a third of the money that went into the sea of television ads in North Carolina and Iowa had instead been used to fuel a massive effort, often involving existing community organizations, to make the composition of the electorate look a little more like 2012, the results would be different. Here, too, the rise of outside money makes a difference: Billionaires don’t have the patience for the long slog of building a grassroots operation, much of which they can’t control. Television ads they can see, and sometimes they can even write them. And they are abetted by consultants who can collect 15% of media spending and as a result are the wealthiest participants in the whole electoral process. Shifting control back to parties and candidates might encourage more long-term creative mobilization instead of flashy, wasteful ads.

There’s not much hope for meaningful campaign reform in the next Congress, for sure. But when there is, the goal should be not to reduce the amount of money spent, but to give candidates and parties more of a voice, and to break up the large blocs of money, controlled by unknown operatives, that now dominate the system.