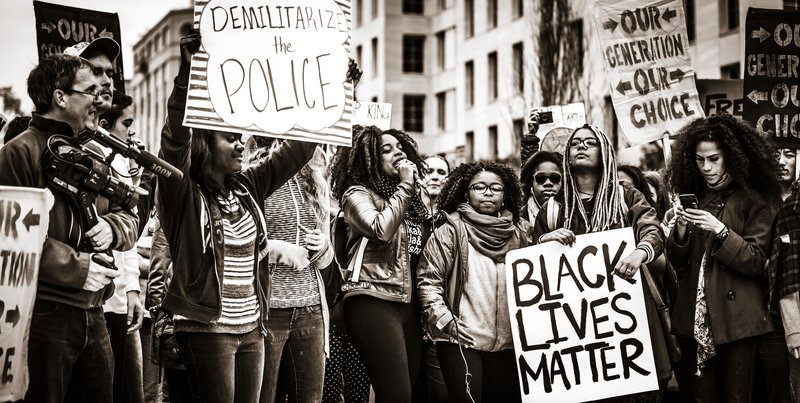 Racism takes many forms and is ingrained in much of government technology and infrastructure. This truism extends to urban planning and design, too. A growing number of researchers and experts say urbicide, the inequitable development or relining of cities, is creating segregation and harming poor, Black, and brown people disproportionally. Zarith Pineda, Founder and Executive Director of nonprofit design firm Territorial Empathy, is trying to do something about this issue, and she’s tackling the problem using public interest technology.

Pineda, who came to the U.S. from Colombia as a child, is an architect and urbanist. She grew up in Boston and attended Columbia University, studying urban design. She wrote her thesis about the Arab-Israeli conflict, but soon realized that the harm that was happening in her own country was just as frightening.

Indeed, after seeing how communities were displaced through urban renewal to, “connect white folks that were emigrating to suburbs to downtowns for work,” subsequently destroying prosperous communities of color, Pineda realized that she could make a difference right here in the U.S., she says.

She started out evangelizing human-centered design, eventually launching Territorial Empathy in 2018. The firm focuses on solving urban conflict through intersectional and interdisciplinary architectural intervention. She says this work – and inclusion of people of color in the process -- is long overdue.

“Architecture and planning have a poor representation of women and people of color. I always like to bring up the fact that there's only one Black female licensed registered architect in the state of Colorado. And so if we think about our cities being designed deliberately to hoard privilege for certain folks, essentially, the rest of us kind of have been running this terrible rat race,” she says.

One of her long-term goals is to eliminate urbicide, “the deliberate wrecking of cities. It's genocide against cities and buildings, and something that doesn't get talked a lot about. When we think about displacement, migration, or gentrification architecture, urbanism and planning, for the most part, have been used as tools to weaponize and hoard privilege.”

Hoping to bring attention to why this happened and not just document its existence, Pineda launched Segregation is Killing Us, an interactive site that illuminates the different experiences of people across the city.

Using data from a variety of sources, students in Pineda’s classes -- she is also an associate professor in the Graduate School of Planning and preservation at her alma mater Columbia -- worked with other young people from Integrate NYC. Together, they were able to create the site using graphics, video, text, and visualizations. The work lays out how relining in the 1950s led to covid-19 deaths in 2020. It also details how segregation still affects New York City Department of Education families.

For example, the multimedia project points out the disparities that urban planning wrought in New York City and the resulting health impacts. As the project explains, “In New York City, the destructive path of Covid-19 mirrors the destruction left by generations of segregated communities and schools. However, segregation is about more than the separation of people from each other. It is about separating historically marginalized people from resources, power, opportunity, and self-determination.”

Going forward, the organization is taking on systemic racism in programs such as the admissions process in the New York City Board of Education schools and the fact that there are still schools within the city that are under-resourced simply due to their locations and student populations. "New York City has the most segregated public schools in the country, which is egregious since New York City is the wealthiest city in the world," Pineda says. "[With this project] we're essentially mapping student segregation. We're looking at schools that are overcapacity and their predominant race. And then looking at all the issues with overcrowding and comparing that to redlining."

That work is happening in concert with Integrate U, a Yale-based program that's working on student integration issues. "These families have already been hit hard enough. These kids are dealing with unconscionable trauma. They have been for a long time due to the racism inherent in our society but Covid poured lighter fluid on top of all of this," Pineda says. "We really have to get these kids a break, so we planned to create an admission score that -- instead of prioritizing students by these arbitrary things -- will prioritize them by the harm their communities have experienced and individual student circumstances like homelessness, low income, the ability to meet IEPs for the differently-abled students."