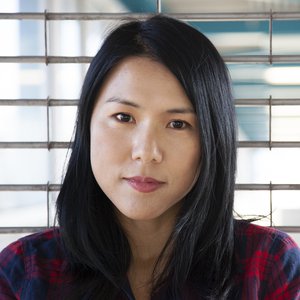 Suki Kim, ASU Future of War Fellow, worked on a narrative nonfiction book on war and its psychological consequences generations later, seen through North Korea's ruling class as a portrait of complicity, which combined investigative journalism, and literary reportage. An author of New York Times best-seller Without You, There Is No Us: Undercover Among the Sons of North Korean Elite, Kim is the only writer ever to have lived undercover in North Korea for immersive journalism. Her novel The Interpreter was the winner of the PEN Open Book Award and a finalist for the PEN/Hemingway Award, and her nonfiction has appeared in Harper’s, New York Times, New York Review of Books, and New Republic, where she is a contributing editor. She has been awarded Guggenheim, Fulbright, and Open Society fellowships, and her recent TED Talk has drawn millions of viewers. Her essay on fear appears in The Best American Essays 2018.