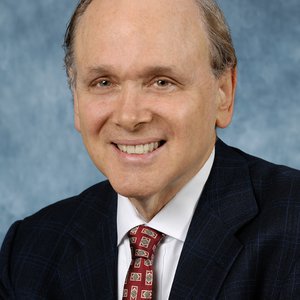 Daniel Yergin, a highly respected authority on energy, international politics, and economics, is the co-founder and Chairman of Cambridge Energy Research Associates (CERA), one of the world’s leading consulting and research firms in its field. He is also Executive Vice President of IHS, the parent company of CERA. Dr. Yergin chaired the U.S. Department of Energy’s Task Force on Strategic Energy Research and Development. He is a member of the board of the United States Energy Association, a member of the National Petroleum Council, the only foreign member of the Russian Academy of Oil and Gas, and one of the "Wise Men" of the International Gas Union. He is also CNBC’s global energy expert. Dr. Yergin received the Pulitzer Prize for The Prize: The Epic Quest for Oil, Money and Power, which was made into an eight-hour PBS/BBC television series. He led the team that turned his subsequent book, Commanding Heights: The Battle for the World Economy, into a six-hour PBS/BBC documentary, which garnered three Emmy nominations, a CINE Golden Eagle award, and the New York Festivals Gold World Medal for best documentary. Dr. Yergin is a trustee of the Brookings Institution, a director of the U.S.-Russia Business Council, and a member of the advisory board of the International Institute for Economics. He received his B.A. from Yale University, and his Ph.D. from Cambridge University, where he was a Marshall Scholar.