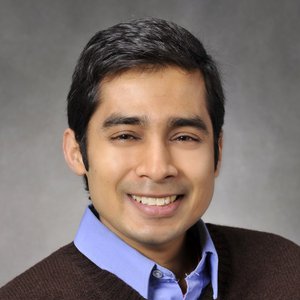 Dr. Anish Goel is a fellow in New America's International Security program. He recently completed three years of service to the U.S. Senate Committee on Armed Services, where he served as a Professional Staff Member. In this role, his responsibilities included defense science and technology issues, including research and development, as well as Pentagon policy and strategy in East and South Asia. Anish joined the Senate after three years with the Boeing Company, where he led geopolitical and aviation policy analysis for the commercial airplanes division.

Prior to Boeing, Anish served for over nine years in the U.S. federal government working primarily on South Asia foreign policy. Most recently, he served from 2008 to 2011 in the White House’s National Security Council as Director and then Senior Director for South Asia, a position that made him the senior-most advisor on South Asia to the President of the United States. In that role, Anish led preparations for President Obama’s four-day visit to India in November 2010, a visit that was widely recognized as the most successful presidential visit to India in U.S. history. He provided direct non-partisan guidance and advice to both Presidents Bush and Obama and drove efforts to develop and implement White House policy. In his role, he also led negotiations with foreign governments on presidential agreements.

Prior to joining the White House, Anish served in the U.S. Department of State as the chief science and technology officer for South Asia. In his role, Anish led departmental efforts on the U.S.-India civil nuclear cooperation initiative, which involved negotiating agreements with 45 foreign governments and securing Congressional approval. During his time there, Anish also provided strategic guidance to Secretaries of State Powell and Rice, as well as other senior officials.

Anish joined the government in 2002 through a science and technology policy fellowship sponsored by the American Association for the Advancement of Science. He is also a senior South Asia fellow at New America, and was a visiting lecturer at the University of Washington, where he taught on geopolitical challenges in South Asia. Anish has appeared as an expert panelist on a variety of topics, and has written for Foreign Affairs, CNN, Foreign Policy, Science and Diplomacy, the New York Times, and the Hindustan Times.