The FCC Takes One Step Forward, and One Massive Step Backwards, In the Name of “5G” 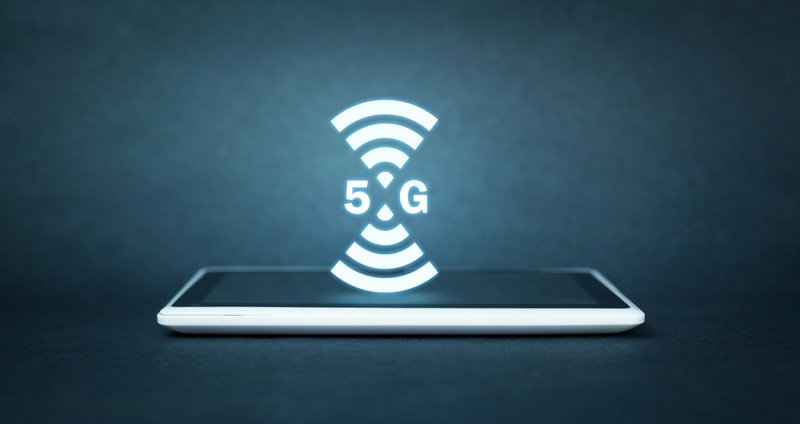 The buzz over “5G,” the next generation of wireless technology, has been heating up over the past year. This hubbub has come in the form of a seemingly never-ending stream of announcements from various mobile carriers touting plans to deploy ultra-fast and low-latency networks, as well as a dubious claim from T-Mobile and Sprint that their merger will enable the widespread deployment of “fiber-like” speeds through mobile 5G networks that could serve as a substitute for fixed broadband connections, even in rural areas.

However, most of the hype fails to account for the fact that a robust, innovative, and affordable 5G wireless ecosystem for all Americans will not result from empowering and allocating the best public airwaves to the four nationwide mobile carriers alone. America’s wireless future depends on enabling the development of a diverse set of network providers, empowering smaller providers to supplement the coverage of the major carriers, and strengthening unlicensed technologies such as Wi-Fi.

The mobile industry has pressured the Federal Communications Commission (FCC) to enact policies to help them dominate the deployment of 5G domestically, allegedly because that will help the United States win the “race to 5G” globally. The FCC’s latest response, with respect to allocating critical mid-band spectrum, is a mixed decision: In a draft Order and a Proposed Rulemaking released yesterday, the agency proposes giving the mobile industry a big win over smaller competitors and a wide range of industries, while also taking an important step to expand the availability of unlicensed spectrum needed for gigabit-fast Wi-Fi.

At its October 23 meeting, the FCC is set to vote on those two items: an Order that undermines the path to a more robust, innovative and competitive 5G ecosystem, and a Proposed Rulemaking that takes a crucial step to strengthen Wi-Fi and provide the backbone necessary for faster, more affordable wireless connectivity for all.

The Bad: Gutting the Citizens Band

Unfortunately, the bad news out of the FCC yesterday would reverse one of the world-leading innovations in spectrum policy that could have given the United States a unique edge in innovation at the intersection of IoT and 5G, while also greatly narrowing the rural broadband divide. The FCC is set to vote on an order that would make significant changes to the Citizens Broadband Radio Service (CBRS) rules that govern the 3.5 GHz band—rules unanimously approved by all five commissioners in 2015 but not yet implemented. CBRS represented a landmark innovation in spectrum policy, which these changes would reverse.

In short, the draft Order proposes to transform CBRS from a Citizens’ band into a traditional cellular band that serves only Big Mobile’s interests. As feared by consumer advocates, rural broadband providers, and virtually every industry stakeholder, the loss of small and affordable licenses will stifle innovation and competition in the 5G ecosystem. The robust 5G ecosystem the nation needs would have been advanced by small and affordable licenses with competitive renewal. Instead, Chairman Pai is shutting out rural providers and every other enterprise with localized needs for interference-protected spectrum. Consumers and U.S. productivity will pay the price.

Until 2015, the 3.5 GHz band was reserved for Navy radar, which left it largely unused across the country. By relying on sensors along the coastlines and a spectrum management database, the FCC made 150 megahertz of prime spectrum available for both licensed and unlicensed use. The intended purpose and great promise of CBRS was to empower smaller providers and entities to innovate a wide range of localized networks, from industrial IoT to “neutral host” LTE networks inside a wide variety of buildings.

The CBRS rules adopted in 2015 would have auctioned seven small-area Priority Access Licenses (PALs) for limited terms (three years) and competitive renewal. The other half of band was set aside for unlicensed use, “General Authorized Access”, which is particularly useful as a supplement to the PAL channels. The purpose of licensing PALs by census tract was to make interference-protected spectrum affordable and useful for rural broadband providers and thousands of individual enterprises, universities, hospitals, venues, sports arenas, campuses, hotels, ports, and innumerable other entities interested in customizing and deploying their own “5G” local network.

The adoption of this alternative licensing structure marked a landmark moment in efficient spectrum sharing. The FCC’s three-tier sharing framework and PAL rules were uniquely suited to empower even the smallest rural operators, market entrants, and individual firms and venues to pioneer or implement innovative new services.

These rules have spurred massive investment from wireless internet service providers (ISPs) and others interested in buying small licenses to deploy localized networks. Additionally, the FCC’s original framework is supported by schools, hospitals, factories, office buildings, and other businesses, as well as niche connectivity providers, that would have been able to deploy and operate their own private LTE networks without the burden of huge upfront payments to the government for exclusive, long-term, and large-area licenses. Industry players including G.E., the American Petroleum Institute, CBRE (the nation’s largest property manager), and utilities all implored the FCC to maintain small, affordable PALs.

However, the FCC is now caving to pressure from the mobile industry to give up the unique nature of the CBRS licenses. After the FCC’s proposed changes, the CBRS licenses will reflect traditional mobile licenses to help the largest carriers build their own 5G networks. As part of the troubling changes, the FCC is enlarging the size of PALs, from census tracts to counties, with automatic renewals after a 10-year period (subject to minimal, very long-term performance requirements).

Rural ISPs, businesses, and factories, as well as anchor institutions such as schools and hospitals, will find it much more difficult to compete for PALs, which will generally be too large and too expensive to meet their needs. And to make sure Verizon and AT&T can win all the PALs even in the limited areas where a rural or tier-two carrier would bid market value, the FCC proposes to give carriers an option to bid for all counties in the largest markets as a package.

But the FCC’s move does more than just mark a galling giveaway to the largest providers—it will also severely harm the development of a strong 5G ecosystem by relying entirely on mobile carriers to bring the next generation of wireless technologies on their own.

In reality, the 5G wireless ecosystem, just like the current 4G wireless ecosystem, will likely rely on a combination of national or regional carrier networks and a far larger number of complementary, high-capacity, and customized networks created and maintained by individual business firms, property managers, and individual households to meet their particular needs at a lower cost. To enhance the future 5G world, private, indoor, and customized small-cell networks using LTE and possibly other technologies will be needed.

Mobile carriers will not use CBRS to extend the coverage of their networks to bring 5G service to rural or underserved areas, or to small businesses. Instead mobile carriers will simply use this spectrum to enhance the capacity of their networks in targeted high-traffic and high-revenue areas. Further, very large-area and expensive licenses (such as those being offered under this new vision of CBRS proposed yesterday) are simply not a good fit for small-cell, high-capacity use cases, and this will likely result in spectrum lying unused for many years—if not indefinitely—in low-density environments outside of central urban areas.

To take the sting off its significant misstep on CBRS, the FCC also unveiled a proposal to allow unlicensed sharing across the 6 GHz band (5925-7125 GHz) for high-capacity Wi-Fi and other uses. This represents a critical and welcome step by the FCC to strengthen Wi-Fi and improve its capacity as demand on Wi-Fi and other technologies continues to increase for both fixed connections and backhaul for mobile connections.

Wi-Fi is absolutely critical to the future of wireless. Mobile device data traffic that goes over Wi-Fi networks (instead of over mobile carrier networks) is increasing and vastly exceeds all other wireless technologies, making the issue of Wi-Fi’s limited capacity vital. The 540 MHz of unlicensed spectrum currently available in the 2.4 GHz and 5 GHz unlicensed bands currently carries more internet data than any other wireless technology or service, and the use of this spectrum is expected to rise at a fast pace. Other studies from Cisco and OpenSignal confirm that the vast majority of mobile device data traffic is transported over Wi-Fi and not mobile carrier networks (which are used by most people only outdoors and “on the go”).

So, in the interest of giving kudos where it is due: the FCC is making a hugely important step to bolster Wi-Fi’s capacity by freeing up the 6 GHz band for unlicensed use. This effort will offer a significant amount of support for mobile offload as well as generally strengthening Wi-Fi for other uses.

Hopefully, the FCC sees that the logic behind freeing up the 6 GHz band to improve Wi-Fi is wholly inconsistent with its proposal to upend the CBRS framework to benefit the biggest mobile carriers. A diverse set of wireless technologies are necessary for a robust 5G ecosystem. The FCC should be promoting competition, rather than enabling continued domination from the same four wireless carriers.