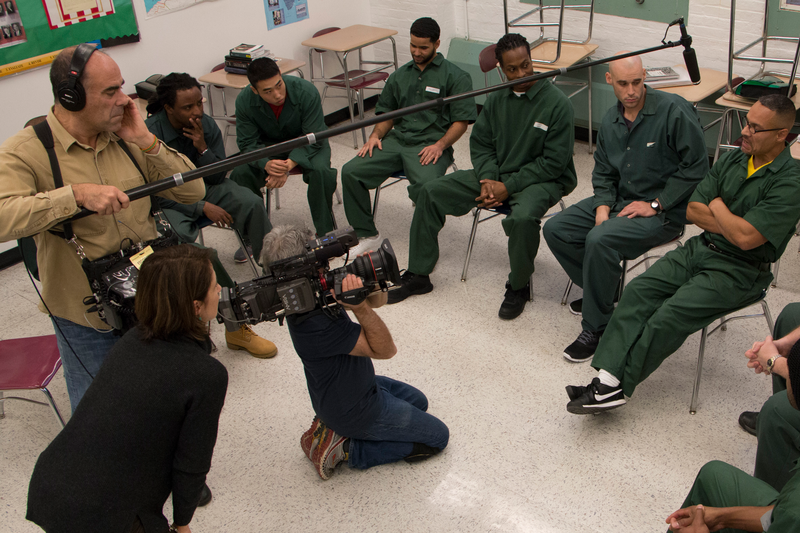 “We have an obligation to share our stories and to hold up the idea that if we wish to have a better world, as we all do, that we must first change ourselves, our stories, our lives.” – Sebastian Yoon, BPI graduate

The United States spends $80 billion a year to imprison more than 2 million men and women, the highest rate of incarceration in the world. And each year, of the hundreds of thousands of prisoners released, more than half will be back behind bars within three years. In 2001, Bard College started an experiment in higher education by offering prisoners in medium and maximum security prisons across New York State access to a college education. With learning, renewed purpose, and college degrees, 550 Bard Prison Initiative graduates have left prison so far to restart lives in their communities. 97.5% of them have never returned.

In College Behind Bars, Alfred I. duPont-Columbia and Peabody-Award winning filmmaker Lynn Novick (FRANK LLOYD WRIGHT, PROHIBITION, THE VIETNAM WAR) explores the lives of a dozen incarcerated men and women, all serving long sentences for serious crimes, as they struggle to earn degrees in the Bard Prison Initiative (BPI), one of the most rigorous and effective prison education programs in the country. Distilled from nearly 400 hours of cinéma-vérité footage, with unprecedented access, the film captures the emotionally intense journeys of the BPI students to reveal the power of education to open minds and transform lives. College Behind Bars is produced by Sarah Botstein and executive produced by Ken Burns.

On Thursday, October 10, join New America NYC at Betaworks Studios for a special preview screening of College Behind Bars and a conversation that explores one of the most pressing issues of our time and asks how can we have justice without redemption?

We will be screening 90 minutes from the four-hour series.

Seating is limited and available on a first-come, first-served basis. Doors will open to a reception at 6:00 p.m., with the screening beginning promptly at 6:30 p.m..

Follow the conversation online using #CollegeBehindBarsPBS and by following @NewAmericaNYC.