The Battle For Solar: An Increasing Trend of Acrimonious Disputes Over Net Metering 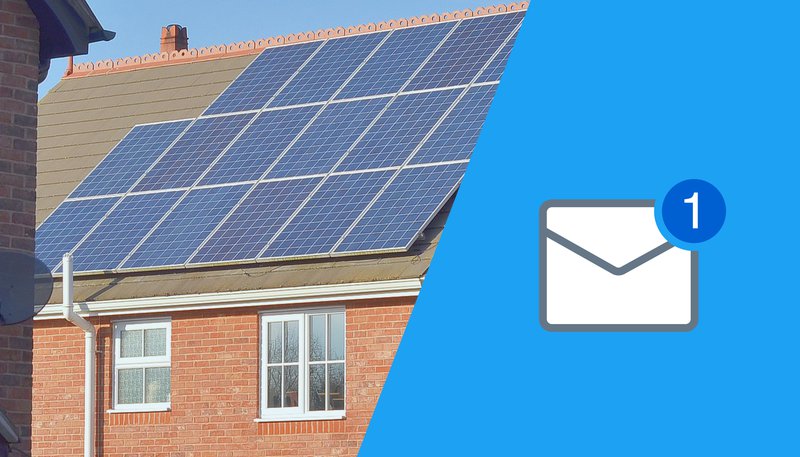 Over the past 20 years, the price of solar panels have rapidly decreased as their popularity has increased among homeowners seeking to gain a larger say in how their energy is produced. Policies supporting solar energy technologies, such as production and investment tax credits, created a strong demand for distributed generation (DG) - decentralized onsite electric generation by small grid-connected devices - amongst the customer bases of electric utilities. The rising demand for solar panels has functioned to incentivize R&D efforts for renewable energy technologies. Today they are increasingly seen as efficient and affordable avenues for self generation of electricity.

However, price was not the only factor that contributed to the uptake in demand for solar distributed generation systems. The prospect of decreasing the cost of electricity bills through net metering - a system of remuneration that allows customers with DG to sell excess energy back to the grid - provided motivation for many residential customers to invest in affordable solar panels. The benefits of solar energy, such as the displacement of carbon emitting fossil fuels for electric generation, has led environmentalist and legislators alike to praise this transition. But how do electric utility companies view the proliferation of distributed generation?

Recently, a battle has been raging across the U.S. between utility companies and stakeholders within the solar energy sector. The conflict between both parties deals with equity, and whether or not residential customers with solar panels are paying their fair share of costs for maintenance of the electric grid. Utilities argue that customers with solar panels are effectively engaging in “cost shifting” by decreasing their electricity bills through net metering, shirking costs that are a crucial component to grid upkeep. The reasoning behind the cost shifting argument is that although solar panels allow customers to self generate electricity, utilities provide distribution services for these customers when the excess electricity from distributed solar sources is collected and dispersed amongst customers. Utilities claim that by reducing electricity bills through onsite generation and the sale of excess electricity, customers with DG shift costs for such services to non-DG customers by forcing utilities to seek compensation for grid maintenance through higher electric rates. However, solar industry advocates and businesses alike often counter by highlighting studies illustrating the benefits of solar energy that have been commissioned by state regulators.

The nationwide conflict between utilities and the solar industry seemingly reached its breaking point in the sunny state of Nevada. In the past, many looked to Nevada as prime real estate for the mass adoption of solar distributed generation at the residential level. This perception changed in 2016, when regulators approved a decision that not only caused major solar companies to flee the state but also had serious economic repercussions for stakeholders in the solar industry.

What Happened in Nevada?

Conflicted by the woes of NV Energy’s uneasiness over the company’s ability to maintain its electric grid infrastructure in the face of increasing solar panel installations, the Nevada Public Utilities Commision (PUC) sought to assess the value of solar energy and any impacts solar net metering might have on everybody else.  Their 2014 report found that net metering had a benefit of $36 million for NV energy’s entire customer base. In response, the Nevada PUC voted unanimously to drastically revise net metering regulations for rooftop solar customers in the state. According to GreenTechMedia (GTM), the revised regulations not only tripled fixed charges on customers with solar panels, but also cut the rate at which these customers received reimbursement for excess energy by 75%. The result was contentious, especially among those that had installed panels under the previous rules.

The PUC’s decision to drastically reduce net metering, increase charges on customers with distributed generation, and retroactively implement the new regulations on residential solar led to economic repercussions for multiple groups of stakeholders within Nevada’s solar industry.  Shortly after the decision was made, major solar companies announced that they would no longer conduct business in the state. Solar City, one of the largest national companies installing panels, announced that it would halt the sales of solar panels in Nevada and eliminate more than 550 jobs in the state. Sunrun, another influential solar company operating in Nevada, also stated that it would stop installing solar panels in NV, impacting hundreds of jobs in the process. The PUC’s decision all but decimated Nevada’s solar industry, as solar installations in the state plummeted by 92% during the first quarter of 2016 and jobs in the sector decreased by 32%.

The consequences of the commission’s actions prompted state legislators to reassess the December 2015 decision. In June of 2017, the legislature passed Assembly Bill 405 which allowed ratepayers with solar panels to be credited at 95% of the retail rate of electricity. The implementation of this bill signaled to solar companies who previously fled that it was once again safe to conduct business in the battle born state. Large solar companies, like Sunrun, quickly announced their intent to return to Nevada.

Although the commission's December 2015 decision was ultimately reversed, Nevada’s drastic cuts to net metering set a precedent for other utilities to explore how to recoup costs to maintain their grids from those that opt to install panels and generate their own electricity. This battle has now spread to other states. In my home state of Maryland, many are asking if incremental rate increases are a cause for concern.

Maryland: Incremental rate increases as a cause for concern?

Maryland has long been a champion of renewable energy resources. With its ambitious Renewable Energy Portfolio Standard (RPS) and policies that incentivize the adoption of renewable energy resources, such as the Residential Clean Energy Grant Program, the Old Line State provides ample opportunity for citizens to select energy sources that do not release carbon emissions. Since the implementation of the states RPS in 2004,  the use of distributed generation has rapidly increased. According to the Capital Gazette, solar capacity in Maryland increased by 174% in 2014 alone.

I’ve personally witnessed the uptake in solar panel installations within my community of Fort Washington, Maryland. When I moved to Fort Washington in the early 2000’s, the rooftops of homes in the area were bare. However, as the original development of the National Harbor came to a close, I began to notice shiny deep blue solar panels on a few homes in my neighbourhood. Slowly but surely, over the next 3 years more neighbours began to add solar panels to the roofs of their homes. Now, it’s impossible to pass three or four homes in the area without one of them having solar panels. However, despite the supportive climate Maryland has created for solar energy, the state has not foregone the dispute over distributed generation and net metering seen nationwide.

In February of 2016, the Maryland Public Utilities Commission allowed Southern Maryland Electric Cooperative (SMEC) to revise the rates at which the company currently charges its customer base. SMECO originally proposed rate increases that would raise the electric bills of ratepayers by 4.45%. While this may seem like a trivial increase, the method used by the utility is a cause for concern amongst advocates of distributed generation. According to the solar non-profit Vote Solar, SMECO’s proposal sought to increase the utility’s service charge while decreasing the charge for energy used. Vote Solar argues that this attempt would have caused customers with solar panels to pay more via the service charge and the fact that they wouldn't consume as much energy as customers without solar panels, diminishing future monetary incentives for its customer base to purchase onsite generation systems.

The silver lining to Maryland’s story is that the debate over net metering and distributed generation is not as acrimonious as Nevada and other states across the country. SMECO ultimately  received approval for a rate increase of only 90 cents per month for customer charges. Additionally, there has yet to be a case in Maryland similar to that of Nevada in 2015, where net metering was drastically reduced. Nevertheless, as the conflict between utilities and distributed generation stakeholders continues, utilities in the state may be encouraged to finally single out net metering and DG - a potentially devastating turn of events for many in my community.