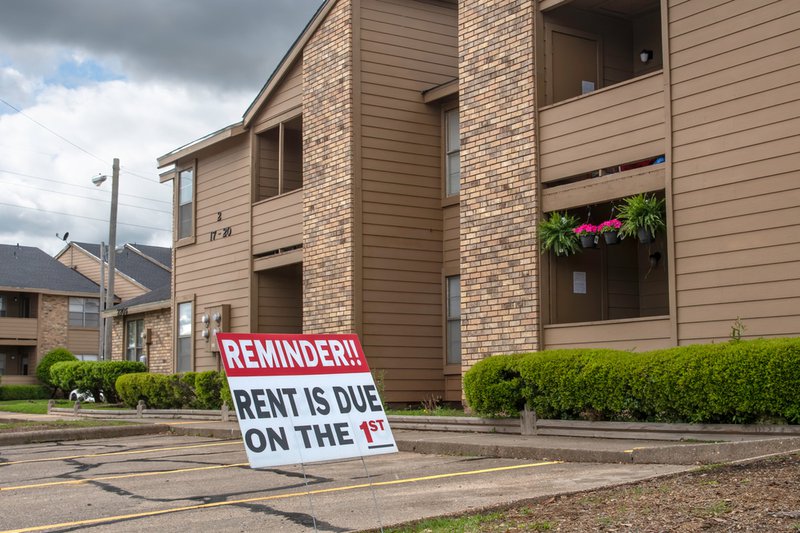 Millions of California tenants have fallen behind on their rent since the start of the Covid-19 pandemic. Even with an eviction moratorium in place through June 30, evictions continue to occur statewide. And courts across the state are bracing for a massive increase in eviction cases when the ban expires. Projections of California households at risk for eviction once protections end range from 90,000 to 700,000 households, and the actual number could be much higher.

Although an estimated 120,000 eviction cases are filed in California during a typical year, we don’t know how many tenants in the state actually face eviction at any given time. Much of the data is either unavailable or shielded from public view. There are a number of reasons for this obscurity.

Second, California state law doesn't require landlords to submit copies of notices to terminate tenancy – an official notice that starts the eviction process – or report this information to any statewide government agency or database, although there are state advocacy groups that want to change this. A handful of California cities, such as Oakland, Berkeley, Richmond, and Hayward do track their own eviction data and have local laws that require landlords to submit notices of termination of tenancy. But without a statewide legal requirement to compel this type of reporting, many cities don’t track this information, and we don’t know how many of these eviction notices are given to tenants each year.

And among the cities that do track eviction notices, cities vary in their enforcement approaches, and inconsistent landlord compliance could affect the quality of eviction data. In Oakland, Berkeley, and Richmond, for example, failure to submit eviction notices to the local rent board within a certain time frame can serve as a defense to an eviction action. But in cities like Hayward, while citations and penalties are issued to landlords who do not comply, it’s unclear how regularly these are enforced or how effective these are in encouraging landlord compliance. Weaker enforcement could mean that the available eviction data is less accurate or incomplete.

Third, for cases that do end up going to court – where the landlord files a formal unlawful detainer lawsuit – California state law shields many eviction court records from public view. As of 2017, California Assembly Bill 2819 (AB 2819) requires limited eviction actions in California (involving rent of less than $25,000) to be automatically sealed from public view. These eviction records are then made public only if the landlord wins the court case within 60 days of filing. If a landlord wins the case outside the 60 day window, courts can allow public access to the record under special circumstances, but it’s not clear how often this occurs.

Before 2017, when AB 2819 became law, the tenant in California had to win an eviction lawsuit within 60 days to prevent the court record from becoming public. With budget cuts and congested court calendars, cases that were pushed beyond this 60 day mark resulted in a court record even if the tenant ultimately won at trial.

Given the damage that eviction filings cause for tenants, AB 2819 serves a well-intended purpose. In shielding this eviction data from public view, tenants are protected from damaged credit and "blacklists" if an eviction action is resolved in their favor, or if the eviction action does not result in a judgment (i.e. where the court makes an official decision on a case). Merely having a past eviction filing on record poses a serious obstacle for California tenants in search of new housing, since many landlords use court data gathered by private companies to deny housing to those with an eviction filing on their record, no matter the outcome or the context of that case. The eviction process is a traumatic experience for tenants, and the last thing a wrongfully evicted tenant needs is to be hindered in their search for a new home, or unable to take out a loan due to a damaged credit history.

While AB 2819 does allow public access to some case records that result in judgments, judgment data represents at best a subset of all evictions, as it only shows the cases with a formal resolution in court. Judgment data doesn't include informal evictions, incomplete cases (where the tenant moves out before the eviction proceeding has concluded, or the landlord chooses not to return to court to obtain a formal verdict), and sealed records. So, any insights about the scale of evictions gleaned from judgment information are incomplete at best.

Court-reported data collected by the state helps provide a sense of how many eviction cases are filed each year, but our understanding of California’s eviction landscape remains severely limited. Key pieces of data that can provide a more nuanced understanding of local eviction rates remain inaccessible. If this type of filing data can be made available to researchers, tenant advocates, organizers and the general public, then we can more accurately pinpoint where eviction activity is occurring, and social service providers can better understand where to direct eviction prevention services and effectively help those most at risk of displacement. With more specific data, we can begin to piece together a comprehensive picture of what’s going on with evictions in a given neighborhood, city, or county in California.

Are there possibilities where tenant privacy is preserved, while also allowing for differing levels of access to eviction filing information and other critical pieces of data? One solution may be to authorize the release of specific pieces of aggregated, anonymized data that can help inform the design of effective eviction prevention programs. For example, the total number of records that are sealed in a particular neighborhood or zip code could be made public, while the details of each individual eviction case remain masked. In addition, tracking and releasing the average amount of rent owed in an area can help inform governments and service providers about where to direct grant assistance, and in what amount, for families struggling to keep up with rent payments. Furthermore, knowledge of what portion of tenants had access to legal advice or representation in a particular neighborhood can show where legal resources urgently need to be bolstered.

If eviction data can be sufficiently anonymized, then perhaps there is a strong public interest justification in granting access to those who need this data for eviction prevention, tenant outreach, and direct aid purposes. If we want to equitably allocate billions of dollars of rental assistance to the communities that need it the most, then access to this data is critical. And with skyrocketing homelessness rates across the state and a looming eviction crisis in the months ahead, Californians need this data more than ever.