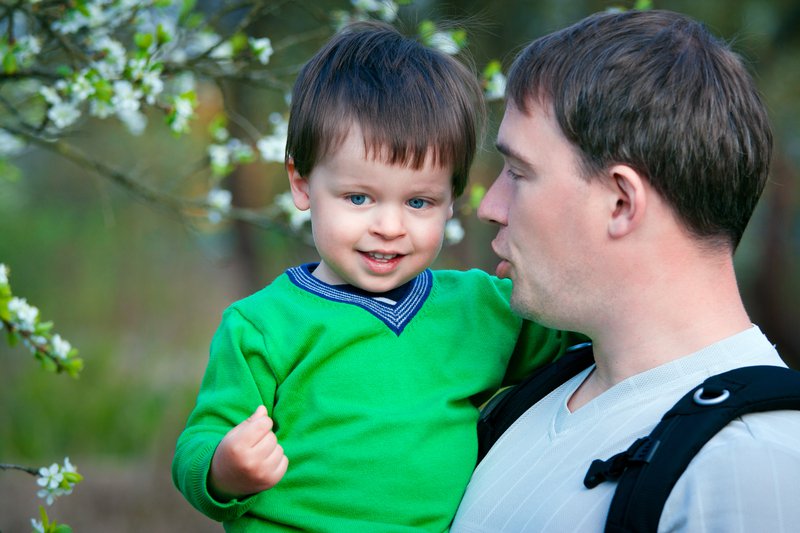 This post is part of Seeding Reading, series of articles and analysis by New America’s Ed Policy Program and the Joan Ganz Cooney Center at Sesame Workshop. See also the Learning Tech section of EdCentral.org and the JGCC blog.

Recent efforts to reduce the “word gap” between affluent and low-income families in Providence, Rhode Island, and Chicago have garnered high-profile headlines and big bucks. Much of the media attention has focused on the technology involved—a tiny recording device and software that help parents and early childhood specialists measure the amounts of talk between parent and child occurring in the home.

The system—known as LENA, for Language ENvironment Analysis—is more than the “word pedometer” it is often termed in news stories. “The key thing we’ve learned over the years is to measure the conversational turns,” said Terry Paul, the man behind LENA’s development. Conversational turns happen when one person says something and the other responds.

A 2009 study by Frederick Zimmerman and colleagues, published in the journal Pediatrics, showed that adult-child conversations were at least as important as adult talk in helping young children acquire language.

As LENA’s proponent, Paul is a man on a mission to close the achievement gap in language and literacy. Almost 30 years ago, he computerized the paper-based system his wife Judi used to track the books their four children read, creating Accelerated Reader. The Pauls founded Renaissance Learning to market Accelerated Reader and other learning products, and they sold the company in 2011 for $455 million. Although their business was a clear success, their mission remained out of reach. “Our goal was to close the gap and accelerate learning for all students,” Paul said. “I think we were able to help hundreds of thousands of kids become better readers. The problem was, we couldn’t close the gap all the way.”

Paul started digging into research to find the cause of the problem. Around 2001, he read the now-classic 1995 study by researchers Betty Hart and Todd Risley that demonstrated the importance of adult talk with infants and toddlers for later academic success. The study’s authors uncovered a significant word gap between families with lower socioeconomic status and those with higher socioeconomic status. Reading Hart and Risley gave Paul an idea—why not create a device to measure how many words and conversational turns children experience at home each day?

Paul assembled a team of engineers, statisticians, and linguistic experts in automatic speech recognition to develop a recording device and software that would automate the process of recording and coding talk in the home. They designed a 2-ounce recording device, called a digital language processor, which can capture up to 16 hours of audio recording. The device made gathering data much simpler than sending human observers in with tape recorders, as Hart and Risley did.

But the real trick was designing the software. “Some of the people I talked to originally laughed at the idea,” Paul recalled. The chief obstacle was developing automatic speech-recognition software that could work with noisy environments, such as a home with one or more young children. But Paul’s purpose differed from standard speech recognition in an important way: he only wanted to count the numbers of words without having to know what those words were.

“If a human ear can recognize a sound, a computer can, too,” explained Paul. But it took a lot of work to develop the pattern-recognition algorithms that enable a computer to recognize each type of sound that human experts can identify. To create these algorithms, Paul’s team built a supercomputer—with 148 parallel processors—to handle the job, investing six years and $40 million along the way.

Initially Paul thought that mothers who are very focused on their children’s success -- often labeled "tiger moms" -- would leap at the chance to track their children’s language environments. But they didn’t. “It’s one more thing for a parent to do, especially if they already think they are doing a good job, and most of them are,” he says.

Meanwhile, researchers were excited about the opportunity. In 2009, Paul established the nonprofit LENA Research Foundation to disseminate the tool to the research community. Approximately 200 research groups are currently using LENA to learn more about language acquisition, child development, and supporting language development for children with autism or who have difficulty hearing.

Through their work, LENA is starting to be used with disadvantaged children. University of Chicago pediatric cochlear implant surgeon Dana Suskind discovered Hart and Risley’s research and LENA when searching for the cause of disparities in language acquisition among her post-implant patients. Her intervention programs, Project ASPIRE (for disadvantaged children with hearing loss) and the Thirty Million Words initiative, use LENA to help parents track their words and conversational turns with their babies and young children. [Watch for more information on Thirty Million Words in an upcoming post.]

The real impact of LENA, however, is still to be determined. Some early childhood experts have expressed concern that the technology will put too much of a focus on quantity over quality, or that it will not address the underlying reasons that some parents are unable to or unaccustomed to talking with their children.  “The device has no idea which words are being used; it can only estimate the total count of words,” said James Morgan, a professor of linguistics at Brown University, in an interview with PBS NewsHour.

Suskind’s  preliminary randomized, control trial with a small sample of 23 parents using Thirty Million Words’ home-visiting curriculum for eight weeks showed that LENA feedback could help low-income mothers increase their talk to, and conversational back and forths with, their children. The impacts diminished with time, however. More research is underway. Paul credits Suskind with introducing LENA to Providence Talks, an effort launched by Rhode Island’s most populous city in February to help interested parents enrich their young children’s language environment with more conversation, reading aloud, and other best practices.

At New America, we wrote about LENA and the start of the Providence Talks project  in this blog post and article in TIME. Also exploring the project: National Public Radio and PBS NewsHour in this recent segment that describes the pros and cons of the project.