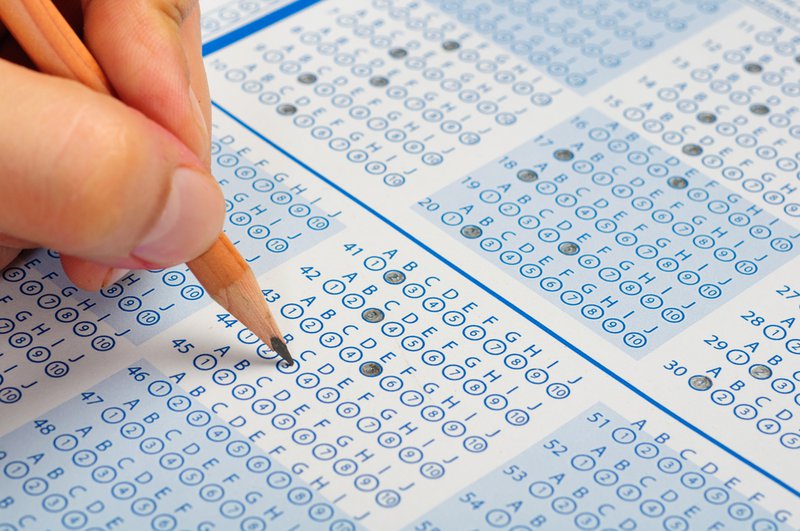 When George Washington University announced last month that it was adopting a “test-optional” admissions policy, it repeated a standard line made by colleges that allow prospective students to opt out of sending SAT or ACT scores.

“The test-optional policy should strengthen and diversify an already outstanding applicant pool and will broaden access for those high-achieving students who have historically been underrepresented at selective colleges and universities, including students of color, first-generation students and students from low-income households,” Laurie Koehler, G.W.’s senior associate provost for enrollment management, said in a news release.

But is increasing socioeconomic and racial diversity really the university’s motivation in making this change? Or does it have a less altruistic reason for doing so, such as raising its standing in the all-important college rankings game?

We don’t know for sure. But a 2014 study by researchers at the University of Georgia suggests that we should not take G.W. at its word. The researchers examined U.S. Department of Education data at 32 selective liberal arts colleges that have adopted these policies and found “that test-optional policies overall have not been the catalysts of diversity that many have claimed them to be.”

The study did not find any evidence that test-optional colleges had made “any progress in narrowing these diversity-related gaps after they adopted test-optional policies.” Instead, these policies had benefited these colleges “in more institution-promoting ways.”

At first glance, these findings seem surprising. After all, research has shown that standardized tests such as the SAT often put low-income and minority students at a disadvantage. Low-income students, unlike their more affluent peers, don’t have the money to spend on expensive test-prep classes that teach tricks students can use to increase their scores. Therefore, it would appear that low-income and minority students would have a better chance of being admitted at test-optional schools.

In practice, however, colleges have used these policies to become even more exclusive than they previously were. Here’s how schools do it: by freeing prospective students from having to provide SAT and ACT scores, they tend to attract more applicants, many of whom may have scored poorly on the tests. (The University of Georgia study found that these schools “receive approximately 220 more applications, on average, after adopting a test-optional policy.”) For the colleges, more applicants mean more students they can reject, which lowers their acceptance rate and raises the institution’s perceived selectivity.

In addition, by going test-optional, schools can artificially inflate the average SAT and ACT scores that they report to magazines that rank colleges, such as U.S. News & World Report. That’s because under these policies, the only students who tend to send in their scores are those who have done well on the tests. Many schools then use only these scores to calculate their average scores. The University of Georgia study bears this out. The researchers found that after going test-optional, these schools saw their mean SAT scores rise, on average, by 26 points.

These institutions stand to benefit from lower acceptance rates and higher average SAT/ACT scores because both of these institutional indicators factor into the U.S. News rankings.

The University of Georgia study provides the best evidence to date that “test-optional policies enhance the appearance of selectivity, rather than the diversity, of adopting institutions.” But it is hardly the first to raise these concerns.

In 2006, Colin S. Diver, the then-president of Reed College in Oregon, wrote a scorching column in The New York Times showing how colleges could raise their rankings by going test-optional. “Once a few colleges adopt the tactic, their competitors feel pressure to follow suit, lest they suffer a drop in rank,” he warned. “And so a new front opens in the admissions arms race.”

If test-optional colleges truly don’t care about SAT and ACT scores, they should drop them altogether, rather than leaving it up to students to decide whether to submit them. As Diver wrote in his piece, “It’s illogical to count a test score if it is high but ignore it if it is low.”

So why don’t they? Once again, it’s because of U.S. News. Standardized test scores are so important to the magazine’s rankings that the publication essentially punishes colleges that don’t consider them by leaving the schools unranked.

Sarah Lawrence University is a case in point. For nearly a decade, the university did not consider SAT and ACT scores in its admissions process. The institution did not want to feed into the “mania” surrounding the tests, which it said gave “an unfair advantage” to students wealthy enough to afford test-prep classes.

But in 2013, Sarah Lawrence reversed course and became test-optional. University officials said that being unranked in U.S. News had put it at a major competitive disadvantage to its peers. “Frankly it is good to be back in the rankings,” Thomas Blum, the university’s vice president of administration, told The Washington Post in 2014, when the rankings came out. He said of parents and students: “Realizing [the rankings] are flawed, they do recognize we are a national liberal arts college. It does not hurt to have that kind of recognition.”

Currently, Hampshire College is the only selective college in the country that is “test-blind.” Officials at the iconoclastic institution say they don’t mind being left out of the rankings. “Our students don’t get caught up in the rankings,” Meredith Twombly, the college’s dean of enrollment and retention, told Inside Higher Ed last year.

But unfortunately, many affluent students and their families do. And that’s why advocates for low-income and minority students should not get too excited when institutions like George Washington University decide to go test-optional.