Students in the Dark on College Value, Thanks to Higher Education Lobby 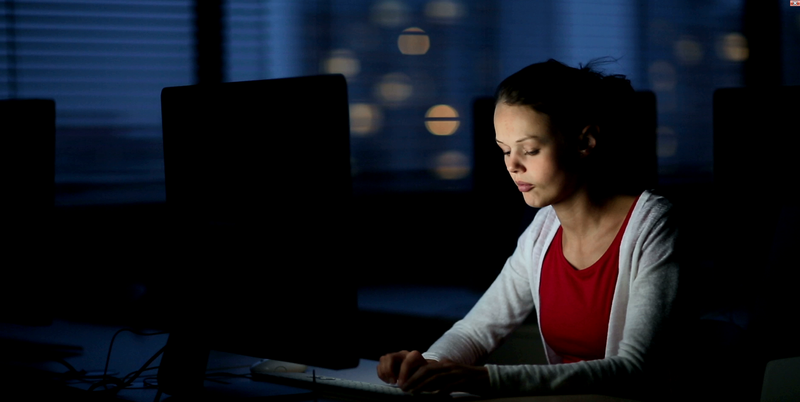 New America’s Education Policy Program today released a new report exploring the history of a ban on a national student unit record system. To read the report, click here. Check out collegeblackout.org and join the conversation at #collegeblackout. For more on the ban, check back at EdCentral in the coming weeks.

With ever-rising college costs, more than $1 trillion in outstanding federal student loan debt, and recent graduates wondering if they’ll ever be able to find good careers and pay down their debts, students and families are increasingly looking to college value when selecting schools. But right now it’s difficult, if not impossible, for most students to get answers to critical questions about college value. That’s because in  2008, Congress passed a law making it illegal for the federal government to use the data already held by institutions, states, and the federal government to answer questions like whether students graduate, transfer, drop out, or drown in debt after graduation. Largely thanks to the higher education lobby, students are in the dark when it comes to colleges.

In the early 2000s, the U.S. Department of Education and other higher education stakeholders proposed creating a student unit record system that would link institutions’ already-existing data, match them across schools to accurately track schools’ outcomes on measures like graduation rates, and add other critical information like earnings and debt. This system, they argued, would significantly reduce the paperwork burden faced by institutions, and—most importantly—enable students, families, colleges, and policy makers to ask and answer fundamental questions about college value. A vocal minority at One Dupont, however, had other ideas.

As our new paper College Blackout: How the Higher Education Lobby Fought to Keep Students in the Dark reports, despite support at the outset from the American Council on Education (ACE), the umbrella higher education industry group that represents all of the “Big Six” lobbying groups, the sands kept shifting. The National Association of Independent Colleges and Universities (NAICU) opposed the idea—ostensibly because of its implications for students’ privacy. But NAICU institutions regularly submit student-level data to federal and even private agencies, from the Department of Defense to the National Student Clearinghouse. Many in the privacy and higher education communities believe that NAICU was more interested in protecting institutional privacy than student privacy, as a way to obscure the outcomes of poor-performing institutions. But NAICU successfully framed the conversation as one around privacy and in 2008, before the idea of a student unit record system could take flight, the ban was included in the Higher Education Act reauthorization passed by Congress and signed into law.

But as students’ demands for information about prospective schools grow, so do policymakers’ demands for accountability in the face of massive and growing public investments in higher education. In 2012, and again in the current Congress, several lawmakers banded together to draft legislation that would work around or overturn the ban. And last year, and again in his budget request produced earlier this month, President Obama announced that the Department of Education would launch a new initiative to rate colleges by the 2015-16 school year – and would press Congress to tie the ratings to institutions’ federal financial aid eligibility.

Whether or not the accountability portion of the president’s plan takes effect anytime soon, the push for ratings systems has spurred renewed interest by institutions in a student unit record system. Many schools have a strong interest in ensuring that they are accurately represented—and it is this self-interest that might fundamentally change the political dynamics around the ban. Representatives of public colleges, some of whom held back from commenting publicly in the last student unit record debate, are increasingly vocal in their support. And while the group that represents for-profit colleges hasn’t formally adopted a position on the unit record ban, many of its member institutions have reportedly worked behind the scenes to overturn it. That leaves NAICU, which represents less than 15 percent of undergraduate students, increasingly isolated from the realities of the postsecondary education debate—and from its Big Six partners.

Our new report, College Blackout: How the Higher Education Lobby Fought to Keep Students in the Dark, tells the story of how the ban came to be and how policymakers should move forward. Read the full report here, check out collegeblackout.org, and join the conversation at #collegeblackout."