Trump's war on workers (and the industries that need them) continues 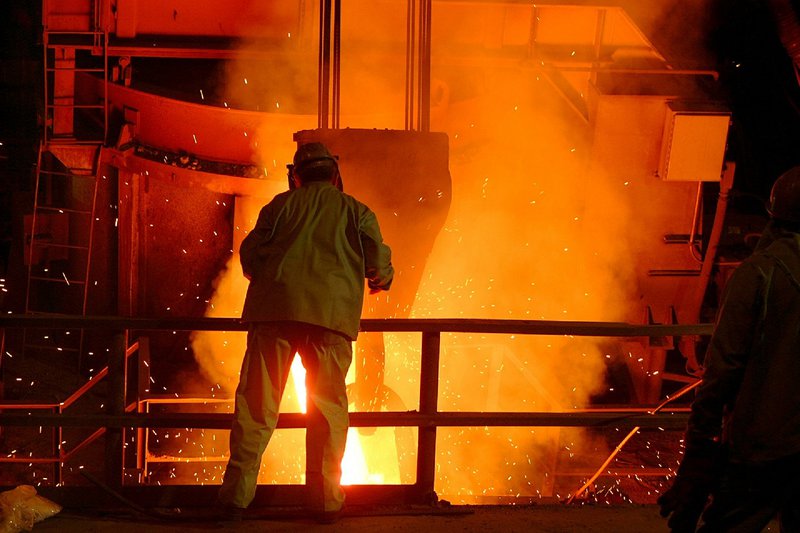 Yesterday the Trump Administration detailed proposed cuts to the federal skills investments as foretold by the skinny budget released back in March. Compared to last year’s funding levels, the president proposes cutting federal investment in skills by more than a billion dollars (from roughly $3.3 to $2.1 billion) though dramatic reductions in funding for states and regions to train and employ adults and youth for in-demand jobs under programs governed by the Workforce Innovation and Opportunity Act (WIOA).

Also as foreshadowed by the skinny budget, the continuing bright spot in the skills budget remains apprenticeship. The proposed budget calls for renewing last year’s historic appropriation of $90 million to build the capacity of states and national industry organizations to develop new apprenticeship programs. In addition, the budget justification emphasizes the “modernization” of the Registered Apprenticeship system, including the expansion of multiemployer apprenticeship programs.

But just as the budget bolsters momentum for building an expanded 21st-century apprenticeship system, the proposed billion-plus-dollar cuts to WIOA programs at the Department of Labor would deal a potentially devastating blow to state and local efforts to connect Americans to in-demand jobs. The administration justifies these cuts as a means of shifting funding discretion to the states and communities where programs are implemented. It’s a convenient argument that bumps up against some inconvenient realities the administration will soon face.

First, states rely on federal funds to support the workforce system, which includes more than 2,500 American Jobs Centers across the country that help match workers looking for jobs with employers looking for skills. Few states today have been able to convince state legislatures to put even limited funding towards these systems, a reality that is unlikely to improve in the near term, especially if states must also cover new Medicaid spending as set out in the Budget.

Second, while these are federally funded programs (the system is already largely governed at the state and local levels), there is already great variation in terms of the resources. Especially in major metropolitan areas, public workforce systems already leverage diverse resources beyond the federal funds, including from city budgets and industry and philanthropic support. But in rural regions and other communities that have been hit hard by economic change, there are few such resources to draw upon, which could perpetuate current regional inequities.

Finally, while more industry and diversified investment in workforce development is a good thing, another reality is that these federal funds are often the only way to fund programs that no one else will. Employers may put more skin in the game and fund more training, but WIOA funds also support critical capacity-building services like counseling, transportation, and child-care, which are all important for helping reconnect low-skilled populations with job opportunities. Additional proposed cuts to the welfare and disability insurance systems, which the budget request frames as  reconnecting beneficiaries to the labor market, will mean further hardship for workers most in need of support as they retrain or upskill.

These realities about the consequences of such steep cuts to workforce programs could also frustrate priorities found elsewhere in the president’s budget. The administration proposes big investments in infrastructure, defense, and cybersecurity – all industry sectors that require a skilled workforce. The administration will not deliver the hoped-for economic and security impacts of these proposed investments without due attention to where these skilled workers will come from.

The cuts would come at a time when the president – and his newly confirmed Secretary of Labor, Alexander Acosta – continue to hear from employers decrying a lack of skilled workers to fill the millions of well-paying jobs they already have open. In addition to sending the wrong signal to industry, the cuts would have the gravest impact on workers hit hard by economic change, as well as rural communities – all who are looking for partners to tackle their own respective skills challenges.

We identified some of these problems in our original take on the March 2017 skinny budget, and they're still evident in the budget request.

Continued recognition of the value of apprenticeship

Among the bright spots in the Department of Labor’s proposed budget is a clear statement of continued support for apprenticeship, pledging to help “states expand apprenticeship, an evidence-based approach to preparing workers for jobs.” Last year, apprenticeship received historic bipartisan support when Congress appropriated $90 million in new money to support apprenticeship expansion, particularly within high-demand sectors like advanced manufacturing, IT, and healthcare. The lion’s share of that investment went to 47 states in the form of Accelerator and Expansion Grants to help them develop their own apprenticeship expansion strategies, and to integrate them into their state education and workforce systems. The budget blueprint offers little detail on what future support will look like, but deploying a modern apprenticeship system on par with those in leading states like South Carolina and Wisconsin is not a short-term project. By re-upping on another $90 million, the Trump Administration proposes building off last year’s foundational investments.

Searching for non-defense spending cuts, the White House clearly found a sacrificial lamb in the Department of Labor. The blueprint calls for a stunning 19.8 percent cut to last year’s $12 billion budget, the bulk of which will be absorbed by the Employment and Training Administration (ETA), home to the country’s public workforce development system and a wide variety of targeted job training programs under WIOA.

The focus on WIOA is surprising for a couple of reasons. First, major cuts to the nation’s premier system for supporting relevant job-training and employment services will be felt the most by the very groups the president vowed to support: employers hungry for talent and jobseekers left high and dry. Assuming that states and local areas will fill in the holes left by cuts to federal funding with their own dollars seems like wishful thinking at best. A more likely outcome is that fewer services will reach the folks who need them most. Other proposed ETA cuts, like the elimination of the Senior Community Service Employment program (a $434 million initiative that helps low-income jobseekers over age 55), may also strike at the heart of Trump’s constituency. Coastal elites and beltway bureaucrats may not depend much on these programs, but rural states and economically distressed regions do.

Second, workforce development is a rare space of bipartisan cooperation. In 2014, Congress reauthorized WIOA with overwhelming support from both sides of the aisle – in total, fewer than 10 members voted against the bipartisan bill. Congress broadly recognizes the importance of the workforce system to help millions of Americans each year get the skills they need for a solid career.

Ultimately, Congress will have the last word. Coming from a president who claims to be laser-focused on jobs, though, the budget request is perplexing. The proposed cuts are aimed squarely at our skills development system, with steep reductions to the programs that help Americans acquire in-demand skills and find the new jobs President Trump is intent on creating. It’s hard to see the strategy here, but a pattern is becoming increasingly clear: supports for low-skilled, poor, and rural Americans are on the losing end of this budget — in other words, the very folks who the economy already left behind, and who the candidate Trump promised to help.

It’s hard to see how this budget is going to Make America Great Again if it makes it harder for Americans to find good jobs, and for employers to find skilled workers. Now it’s time for Congress to connect those dots.