Setting the Record Straight on Social-Emotional Learning: An Introduction 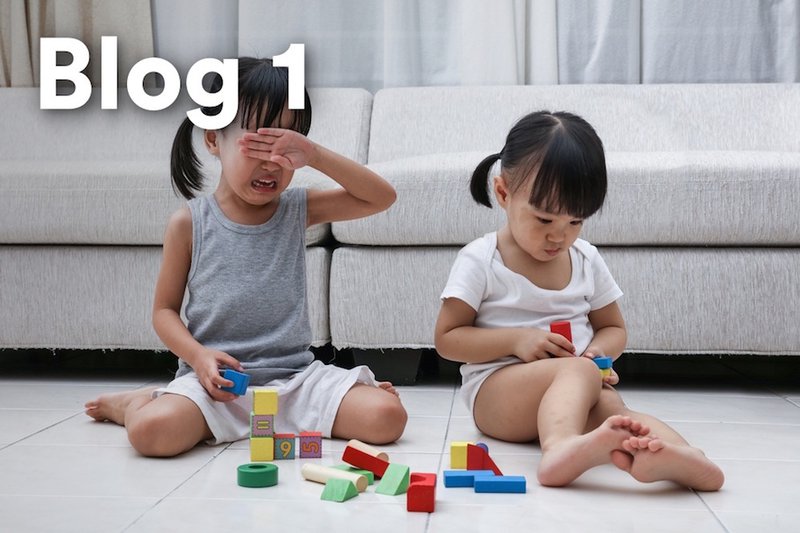 A few weeks into my first school year as a pre-K teacher* I had an important realization: While much of class time was spent engaging in center-based activities that helped grow students’ early skills in math and literacy, perhaps the most important lessons I would teach all year were focused on things like learning how to share and take turns, how to make friends when surrounded by unfamiliar people, and how to resolve conflict peacefully. I distinctly remember observing a three-year-old boy push the student in front of him while they lined up to go outside. When I asked the boy why he had pushed another student, he calmly explained his logic: “I wanted to go outside and he wasn’t moving fast enough.”

Social-emotional learning (SEL) has been in the news a lot lately, and this recent surge of news about SEL has come with a good deal of misinformation. In this blog series, we’ll attempt to set the record straight on SEL by exploring the benefits and importance of SEL for young children, highlighting its recent politicization, and understanding what polling tells us about the best way to communicate with parents about the topic.

If you had to put a technical label on it, that lesson about not pushing other students and subsequent lessons about getting along with peers, managing strong emotions, and developing friendships are all a part of what is called “social-emotional learning (SEL).” According to the National Conference of State Legislatures, SEL “refers to a wide range of skills, attitudes, and behaviors that can affect student success in school and life,” such as critical thinking, emotion management, conflict resolution, decision making, and teamwork.

Social-emotional learning (also known as life skills, whole child development, soft skills, character education, self-regulation, and a myriad of other terms) is a fundamental component of healthy development for young children. While not as well known as the core education topics of literacy and math, social-emotional skills are also skills that must be taught. It is especially important in early learning settings, as pre-K or kindergarten are many children’s first encounters with formal education settings.

Early childhood is an important developmental period where developing these skills can have an impact in multiple areas across the child’s academic and life trajectory. Young children who learn to understand and manage their emotions, develop healthy interpersonal relationships, and practice social problem solving have increased success in school and life. These skills enhance children’s learning by facilitating adjustment to new environments and reducing negative social behaviors like bullying. Strong social-emotional skills in early childhood also predict long-term outcomes in the areas of mental health, financial stability, civic engagement, substance use, and interactions with the carceral system. Social-emotional skills are malleable and teachable, meaning they shift and change as children are exposed to new experiences and environments, such as classrooms.

The current controversy over SEL

While the topic of social-emotional learning is relatively commonplace in America’s schools, recently it has generated considerable controversy among some conservative parent groups. For example, Minnesota’s Child Protection League has deemed SEL “the latest child-indoctrination scheme” and linked SEL to critical race theory. Parents Defending Education, a prominent conservative parent group, has gone so far as to include several SEL examples in their “IndoctriNation Map” which purports to illustrate places where activists are imposing a harmful agenda onto children. Conservative media is chock full of articles linking SEL to more controversial topics, such as critical race theory. Recently, education leaders in Louisiana looking to adopt new early learning standards were met with opposition due to the inclusion of social-emotional topics in the standards. And a bill introduced in the Oklahoma Legislature would bar public schools from using state, federal, or private funds to purchase or implement any sort of SEL curriculum.

How widespread is SEL?

According to a report from CASEL, 81 percent of principals and 60 percent of teachers in elementary schools across the country reported that their schools implemented an SEL program during the 2021-22 school year. Some schools might pay for a specific social-emotional curriculum to use in their classrooms, such as the Second Step curriculum I used when teaching pre-K and kindergarten. Other schools might teach social-emotional concepts in an informal manner that is embedded in lessons throughout the day.

What’s clear is that schools seem to be increasingly realizing the importance of SEL, in large part due to impacts from the pandemic. Total district and school spending on SEL grew by about 45 percent between November 2019 and April 2021, rising from a total of $530 million to $765 million. And, according to a report from FutureEd, about a third of districts plan to spend some of their federal COVID relief funds on SEL for things like curricula, classroom materials, and training.

The recent backlash to SEL comes as a surprise to many teachers and other education professionals who view the core principles behind SEL as central to helping students succeed both in school and life. After all, it would seem that if there’s one thing both political parties could agree on it’s that students, especially young students, need to learn basic lessons about managing their emotions, feeling empathy for others, and making responsible decisions.

So what do parents think about their children developing these skills in the classroom? In the next post in this blog series, we’ll talk with Adam Tyner of the Thomas B. Fordham Institute to learn more about a recent nationally representative poll of 2,000 parents that helps to illuminate parental views on SEL and how to more effectively communicate about SEL topics.

* Author Aaron Loewenberg was a pre-K teacher in Washington, D.C.