Would Senator Warren Hit Borrowers With a Hidden Fee in Her “Refinancing” Bill? 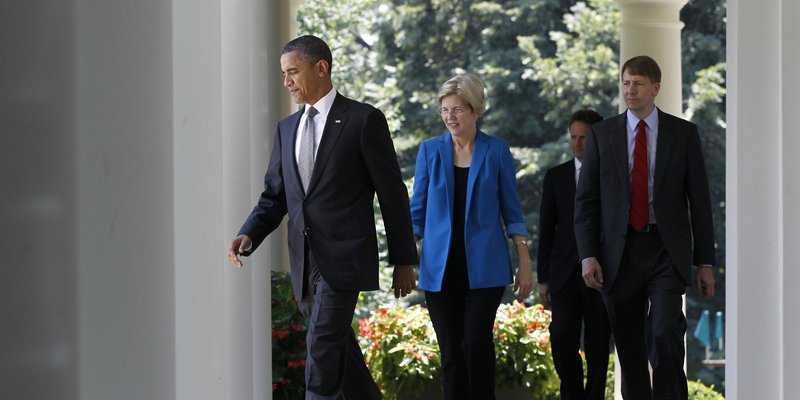 Senator Elizabeth Warren’s proposed refinancing bill would reset the interest rate on federal student loans and issue new, lower-interest loans to those with private debt. There’s a lot of things wrong with this proposal, namely that by including a debt-to-income test, Senator Warren has created a very expensive program that still isn’t as beneficial as the Income-Based Repayment program already in place. Similarly, it would provide lower interest rates to people already using Income-Based Repayment, whose payments cannot go any lower despite the rate reduction.

But one aspect of the bill in particular caught us by surprise: Senator Warren would charge borrowers a hidden fee to help “pay for” the plan.

Borrowers who refinance will be charged a fee up to 0.5 percent of their loan balances. Keeping with common practice for federal student loans, the fee won’t be due at origination. Rather, it will be rolled into the loan balance and repaid as a hidden interest rate over the life of the loan. So Senator Warren is advertising that borrowers can get interest rates available today, but that’s not quite right. It’s a higher rate due to the origination fee. She never mentions that.

The fee is supposed to partially pay for the cost of the legislation, yet to cover the costs, the same legislation would also increase taxes on individuals and households earning over $1 million annually. How strange that Senator Warren didn’t want to raise taxes on millionaires just a tad bit more to cover all of the costs of the proposal and instead opted to include a hidden fee on borrowers.

Many lawmakers and regulators don’t like it when banks tuck hidden interest rates into loans by hitting borrowers with fees. That’s why lenders must disclose an annual percentage rate (APR), which reveals the effective interest rate on the loan, including fees. The U.S. Department of Education doesn’t report the APR on student loans, isn’t required to do so, and Senator Warren wouldn’t make the agency disclose her new fee in an APR either.

There ought to be a government agency that investigates this kind of deceptive financial practice.