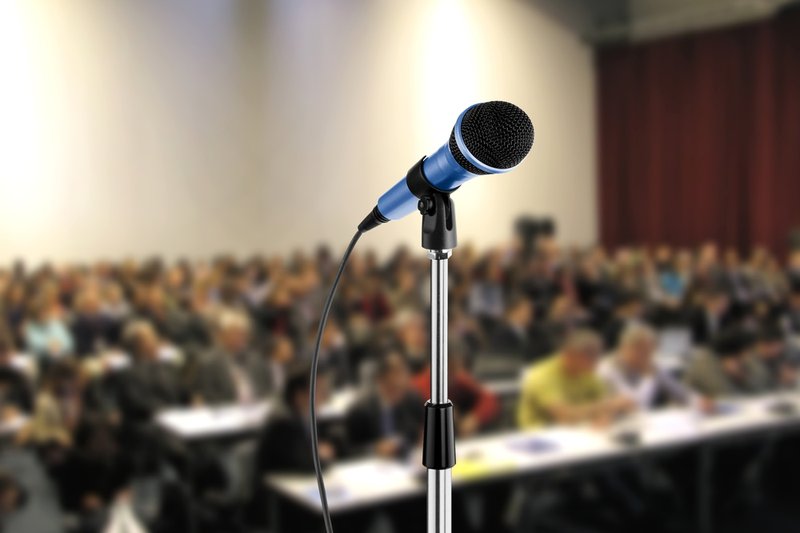 Today is the third day of the second negotiated rulemaking session around Program Integrity at the U.S. Department of Education offices on K Street. Negotiators met for from Wednesday through Friday. Read the synopsis from days one and two here and here.

Issue 6: Definition of Adverse Credit for Direct PLUS Loan Eligibility

The morning and early afternoon were devoted to discussing the definition of adverse credit for PLUS loan eligibility. I have written extensively about changes to the PLUS loan credit check that went into place in 2011 and encourage you to read these blog posts and this brief if you are looking to get up to speed on this issue.

Unlike with the other five issues discussed at this meeting of the negotiated rulemaking committee, the Department has not written draft regulatory language for the definition of adverse credit criteria for PLUS loans. This is because during the first meeting of the committee in March, many committee members requested better data on PLUS loans, including defaults and rejection rates, in order to understand how to create a fairer rule that provides access to a loan to those who can reasonably afford to pay the money back.

The Department provided the following data to the committee:

Before discussion about the data began, Pam Moran, the Department’s negotiator reminded committee members that in 2010 the Department realized they were not implementing the regulation as written. As written, the regulation should have always included debts in collection and charge off accounts, and indeed the FFEL program used those situations as part of the credit check for FFEL PLUS loans. When the federal government moved to only Direct lending, the discrepancy became apparent and it was corrected. This led to a significant uptick in declinations.

Brian Siegal from the Department also explained that in 1994 when adverse credit history was defined in the regulations, the Department stated in the Preamble to the NPRM and final regulation that the term is not to include an ability to repay in the adverse credit analysis. And since there was no change in the law since that time, there is nothing that allows the committee to change the definition of adverse credit history to include an ability to repay.

The Department also clarified that they do not view the PLUS loan program as similar to other title IV programs given that it’s the only one where Congress decided to initiate a credit check. And while the Education Secretary has some flexibility when it comes to defining adverse credit history, it has to withstand scrutiny. The Department has to be able to point to standards. It has to be credible. It has to speak to the statutory goal of the program.

Elizabeth Hicks, the executive director of student financial services at MIT, asked whether there could be an easier path for remediation. While the Department has brought up grandfathering, she’s wondering if once a parent undergoes a credit check whether that credit check could be valid for one, two, or more years to ensure students in the middle of their academic careers weren’t suddenly denied a PLUS loan.

Toby Merrill, director of the Project on Predatory Student Lending at Harvard Law School, asked what the Department understands the statutory purpose of the PLUS loan program to be in order to further clarify the role of the committee.

According to the Department, when the cap on PLUS loans was removed in the early ‘90s, it created additional risk to the federal government so Congress added the credit check. At that time, the Department looked at commercial standards for lending and tried to balance those standards with access. Now, it might be time to revisit that, which is why it’s one of the issues put before the committee. It’s also one of the issues that will hopefully be addressed and resolved in the reauthorization of the Higher Education Act.

David Swinton, president of Benedict College, wanted to know if the committee could adjust standards to allow for more approval rates. Since PLUS default rates are low, and the federal government profits from student loans, why not remove account in collections and charge off account? And if that’s in direct contradiction with the 90-day delinquency provision, why not make the adverse credit check more liberal? (Author’s Note: I believe it sounds here that Swinton is interested in removing 90-day delinquency from the credit check, along with account in collections and charge off account.)

The Department indicated that one approach the committee can consider is moving some of the things considered in the remediation process to be included in the original credit check and that negotiators could refer to the data provided in AY 2012-13 Credit Check Approvals and Denials.

Another committee member asked whether it was feasible to include better financial literacy, entrance, and exit counseling as part of the approval process for a loan. But the Department pointed out that Parent PLUS borrowers are excluded in statute from entrance and exit counseling provisions. This doesn’t mean, however, that they can’t do something around consumer information during the PLUS application process or require counseling for those people approved a loan under remediation standards.

Michael Gradisher, vice president of regulatory and legal affairs at Pearson Embanet, asked whether it would be possible for the committee to revise the regulation to revert back to the old standards under the rationale that nothing bad happened with the program under the previous 17 years of Direct lending when the regulation was improperly implemented.

The Department explained that this probably wouldn’t be proper rationale since the Department had a standard beginning in 1994 that changed somewhere during implementation. And that having the rationale be, “this is the way we did it before,” would not make it rational or based on a standard.

Whitney Barkley, staff attorney for the Mississippi Center for Justice, recommended that medical debt change how it’s considered in the credit check. Families shouldn’t be penalized for medical debt. Also, if possible, the Department should review paying off of a charge off account and entering a payment arrangement on an account in collections as part of the credit check.

Barkley also brought up that the reason why the Department has such a high recoup rate on PLUS loans is that there is no statute of limitations on these loans and the government can garnish tax returns and social security which is otherwise not usually garnishable. “Putting a face to these default numbers is extremely important,” she said.

Paul Kundert, president and CEO of the University of Wisconsin Credit Union, provided his expertise with credit approval, after all “Credit approval is in our wheel house,” he explained. He described how predictive scoring models are the norm now, not adverse credit. They have demonstrated themselves to be statistically grounded and empirically based. But while it’s very clear to credit unions what level of default is the goal, it’s less clear for the federal government who has a role in social and financial outcomes. Federal student loans are different than private debt.

Kundert also brought up that after remediation, the current approval rates for PLUS loans look to be around 80 to 85 percent, which would be considered pretty high in the private sector. In the private sector, those with a high score on the predictive model could move through the system quickly and efficiently. Those in a range below that would have mitigating factors like employment stability examined. But most importantly, ability to repay is a very significant component in the loan approval process in the private sector.

To close out the discussion on PLUS loans, a couple committee members asked for more data including the drop out and completion rates of those with Parent PLUS loans.

The committee then moved on to discuss Issue 5: Retaking Coursework and some remaining time was spent discussion Issue 2: State Authorization of Distance Education. I was not in attendance during the afternoon and cannot provide a synopsis of what went on during that time.

Stay tuned for my analysis of next steps for the PLUS loan process."