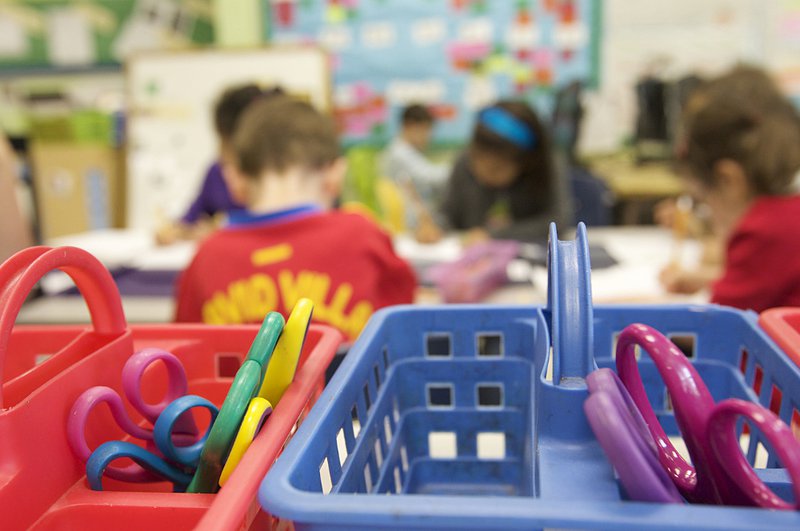 Photo used under Creative Commons license. Originally posted by the US Department of Education on Flickr.

Early education is one of the most powerful ways to close the achievement gap between low-income and minority children and their more-advantaged peers. But all too often, pre-K advocates cite the same, decades-old research studies – the Abecedarian Project and the HighScope Perry Preschool Study, in particular – to prove the value of high-quality programs. A new report, Investing in Our Future: The Evidence Base on Preschool Education, published by the Society for Research in Child Development and the Foundation for Child Development earlier this month, offers an updated view of the research, and a path forward for scaled-up pre-K programs.

Researchers were on hand for an event at the New America Foundation last week to answer some questions (click here for the event video, or here to see a Storify summary of the Twitter conversation). Here are the report’s headline findings:

This finding won’t come as a surprise to any early education stakeholder, but it’s an important one, especially as President Obama and members of Congress try to sell the White House proposal to dramatically expand state-funded pre-K programs.  Children’s ability to understand key academic and life skills depends on their early development. Pre-K has the power to:

…And it’s effective, for all children, despite what you may have heard.

Pre-K programs have the greatest effects on low-income students, but even their wealthier peers benefit from public, universal pre-K programs. Certain racial or ethnic groups, as well as students with disabilities, have also been shown to benefit more than their white peers. Dual language learners, a growing population within the U.S., also benefit at least as much as native English speakers, and in some cases, much more.

Pre-K programs have the greatest effects on low-income students, but even their wealthier peers benefit from public, universal pre-K programs.

Critics of public pre-K programs point to “fadeout” – the f-word – as an indication of those programs’ failure. (For more on fadeout in Head Start, check out this piece from New America’s Lisa Guernsey and Laura Bornfreund.) The report’s authors frame it differently, instead using the term convergence, which they say “more accurately captures how outcomes like test scores of children who participated versus did not participate in preschool converge over time as the non-attenders catch-up.”

Two years of pre-K mean more than one.

Most state-funded preschool programs center around 4-year-olds, but some extend to 3-year-olds, and though Head Start is intended to serve 4-year-olds, Early Head Start includes younger children, as well. But it turns out the second year of pre-K could give disadvantaged children an extra boost. The gains in an additional year of pre-K are smaller than those made in just one year, but the researchers suggest that may be because the two-year programs include 3- and 4-year-old children, so the curriculum of a two-year program isn’t as well-targeted to the older children’s developmental needs.

We’ve been harping on this point for some time: It’s not enough for children to just attend a pre-K program to see results; they need to be enrolled in a high-quality program. There are many definitions of quality, but the researchers identified a few from the many studies they reviewed:

We’ve been harping on this point for some time: It’s not enough for children to just attend a pre-K program to see results; they need to be enrolled in a high-quality program.

The research shows most pre-K programs aren’t especially high-quality – nor are most very low-quality.  That means teacher qualifications, parity of compensation, and quality monitoring are especially important for scaled-up pre-K programs, which are bound to show the same variation in quality.

A well-designed curriculum with strong professional development may offer children greater opportunities for success. Developmentally focused curricula have been shown to be effective in developing academic, as well as socio-emotional and self-regulation, skills.

The conclusion of this new look at the research is a promising one: pre-K bears out, in terms of costs, in the long term. With cost savings from reduced special education and remedial classwork, as well as reduced reliance on social services like social workers, and higher economic productivity when the pre-K graduates join the workforce, benefits are substantial. The benefit-cost ratio ranges by program, according to the research – but studies have found ratios ranging from 2.5 to 1, to 7 to 1 or higher.