Policymaking Needs Storytelling: What This Means for Paid Leave 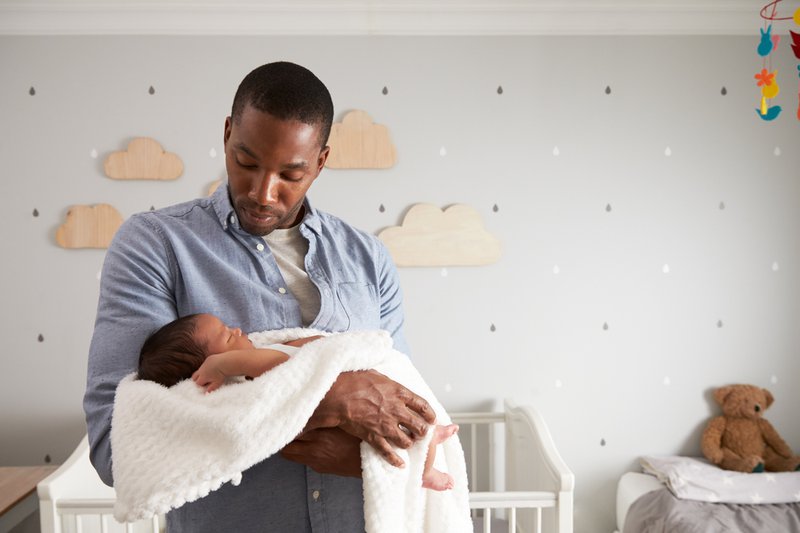 The Learning Sciences Exchange (LSX) is a cross-sector fellowship program designed to bring together journalists, entertainment producers, policy influencers, researchers, and social entrepreneurs around the science of early learning. As part of the program, our fellows contribute to various publications, including New America’s EdCentral blog; BOLD, the blog on learning development published by the Jacobs Foundation; and outside publications.

Katie Whitehouse was an LSX Fellow in the inaugural 2018-2020 cohort.

I’ve struggled to understand why the United States has yet to pass a paid parental leave law. It has been well documented and reported that other countries’ policies dramatically exceed the benefits of the unpaid Family and Medical Leave Act, which doesn’t even apply to all workers. The first six months of having a baby are universally challenging, and we know the bonding and time parents spend with their babies is developmentally important. Paid leave would also allow for adequate recovery time from birth. Still, according to the Bureau of Labor Statistics, as of March 2020, only 21 percent of workers have access to paid family leave through their employers.

As someone who has focused on domestic policy issues at the local and national levels, I initially thought we needed to shift political will, but policymakers seem open to the idea. There are several examples of local and state paid parental leave laws. Recently, members of Congress have introduced federal legislation in the House and the Senate. But we still have not crossed the finish line.

Today, in the midst of the COVID-19 pandemic, that shortcoming could have disastrous effects; fortunately legislation passed in mid-March takes a small step toward acknowledging this by giving some U.S. workers paid leave on an emergency basis, but only until the end of the year. The pandemic has exposed the near universal need for paid family leave and the challenges workers without it face when their circumstances demand it.

Some of the reasons cited for why we are so far behind other countries on paid parental leave are foundational parts of our culture, such as a desire for independence and self-sufficiency. This led me to wonder if one piece we are missing is public will. Yes, polls show that the majority of Americans support a paid parental leave policy, but they are not clamoring for it even if they are desperate for the change.

Policymaking requires a combination of political and public will, built by the influence of constituent requests, research and data, grassroots advocacy, personal experiences, and economic considerations. Significant policy change, the kind that shifts culture, can take years or decades of intermittent progress before public will shifts enough for nationwide change. For example, smoking legislation related to public places first began to appear in a few cities around the country. In 1995, California implemented the first statewide smoking ban, followed by Delaware in 2002. In a domino effect, several more followed suit over the next five years. Now bans in workplaces and restaurants feel like the norm.

Maybe one of the reasons community support for paid parental leave is not more pronounced is the reality of the first six months of having a child is not a story that is built into our zeitgeist, despite the fact that so many people have experienced it.

Parents themselves may not communicate the full story. Many parents feel completely out of control yet like they should be very much in control. They may not want to talk about their challenges. Rather, they focus on the baby’s story: she’s beautiful, she’s starting to smile. Or they tell the short version: It’s getting easier for us now. She’s finally sleeping through the night.

Time also moves fast in the first year. New parents can’t dwell on the first six months or they’ll miss the next six. So, they tell an incomplete story, leaving out the effects of little to no sleep. They gloss over the postpartum pain or the struggle to breastfeed. Perhaps they are sparing us from the “gory details”a mother pointed to in an op-ed about childbirth.

I’m afraid though, if we don’t tell this story fully, if it isn’t well known, and if parents feel isolated in their experiences, we won’t generate the necessary public will to implement a paid parental leave policy for all workers. Public will motivates politicians, especially for significant policy change. We need a wide audience to hear this story, see themselves reflected in it, and understand the impact paid leave can have. Public connection with this issue will build public support. Advocates cannot do this work alone. Building public will demands cross-sector collaboration, the kind the LSX Fellowship was created to foster.

My group of LSX fellows, like each of the groups, included a scientist, a journalist, a member of the entertainment industry, and someone representing the policy sector. Our ideas coalesced around techniques to expose research-based ideas about young children and their families to broad audiences. We wanted the public to absorb the story of the first six months of raising a child, see the experiences affect characters and people to whom they may relate, and help them understand why paid leave is so critical for families and to the development of a child.

One group member is working on a platform to connect early childhood researchers with television show writers. TV shows are regularly used to communicate ideas to viewers. For example, in Netflix’s Orange is the New Black, one of the characters talks to her partner about how important talking to and interacting with their daughter is to their baby’s development. Incorporating a message like this into television shows exposes a wider audience to the message that time with parents in the first six months of life is critical to a child’s development. The platform would make this type of collaboration easier by giving writers a direct link to researchers so they can better understand early childhood development, best practices for parenting, and how to encourage healthy cognitive and language development. Television shows could also include storylines of new parents illustrating the reality of what it’s like to have a newborn and how paid leave can benefit the whole family.

Our group also developed a public service announcement (PSA) about the importance of reading books with characters to infants. While this gives practical advice to parents and caregivers that they can use immediately, it also amplifies the message that interactions with infants are important. PSAs focusing on other early childhood topics can be layered to build a deeper understanding that parental interactions in early infancy are vitally important to child development, supporting the case that paid parental leave is necessary.

One other idea we considered was modeled on StoryCorps, a non-profit that places recording booths all over the country to record and share stories of Americans from different backgrounds. In this version, parents would answer questions about the first several months after they had a child. This would include whether or not they had paid leave and how that affected their experiences. These stories would reveal the challenges and joys of new parenthood, demonstrate the universality of the experience, and amplify the voices of parents to the public and policymakers.

Telling the story of what a family experiences more often and more fully in a variety of venues and from different perspectives will help build the public will we needed to galvanize Americans to demand action for paid parental leave. Cross-sector collaborations, like the LSX Fellowship, will enhance efforts to tell the story to a wider audience building a broader base of support. If the public sees and understands the need reflected in people and characters to whom they can relate, they may begin to shift their expectations of what is possible and essential for families. Maybe then paid parental leave can become the movement it deserves to be.

Of note: A national, universal paid family and medical leave program for people with caregiving responsibilities throughout their lives is a top priority of New America's Better Life Lab, the work-family justice and gender equity program. For stories, including the ongoing Have/Have Not story series, reports, reporting grants and other resources, please visit their home page and their Paid Family Leave Collections Page.