No, Donald Trump Will Not Eliminate the Department of Education 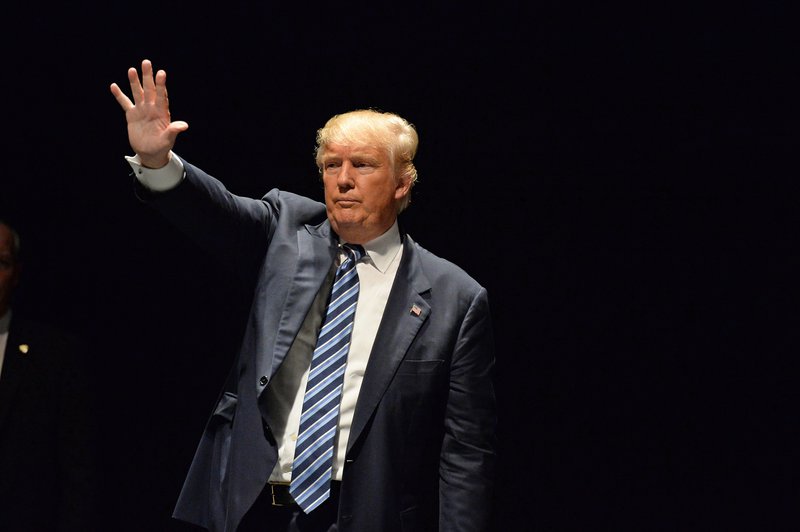 President-Elect Donald Trump has proposed "cutting" the Department of Education. And in an unbelievable year, it’s worth wondering, could he actually do it? He could. But he won’t. He won’t even try. But before I explain why, let’s define what Trump means. Eliminating the Department of Education theoretically means eliminating all of the programs therein. He probably doesn’t mean that, but that some programs will be eliminated and other moved to other executive branch offices in the government. That’s also not going to happen, and I’ll explain each in turn.

Why Republicans talk about eliminating the Department

Some conservatives who believe in states rights and a federal system of government don’t like the idea of a DC overlord dictating how K-12 schools across the country ought to work. Some of the actions by the Obama administration did not help. For instance, while the Common Core standards were developed by states, the Obama administration did create incentives that rushed implementation. Additionally, when it comes to higher education, the Department of Education has been one of the most aggressive executive agencies when it comes to creating new rules out of existing law—most notably rules regulating for-profit colleges. So conservative concerns with an overactive Secretary of Education are not completely unfounded. That being said, states and districts still have more power than the federal government when it comes to K-12, and the recently passed Every Student Succeeds Act significantly curtailed the powers of the secretary.

None of the main programs will be eliminated

Through the Department of Education, the federal government oversees a $1.3 trillion loan portfolio that affects over 40 million recipients. You can’t get rid of those loans. If you wanted the government to stop administering them, you could attempt to “sell” the portfolio to private lenders. But, despite what Elizabeth Warren and Donald Trump say, the student loan portfolio costs money. So the government would actually have to pay lenders to take on the risk of the portfolio. And while Trump, doesn’t seem particularly concerned about the national debt, it’s hard to believe Congress would pass a law to pay banks to take on the loans.

Whatever you’ve heard about Republican ideology, Republican members of Congress still serve their constituents, and their constituents want their colleges to get federal funding. In fact, in recent years Republicans on the Senate Health, Education, Labor, and Pensions committee have been focused on how to hold colleges less accountable while giving them the same amount of money. It seems unlikely that overnight they would change their minds.

Next comes the $30 billion Pell grant program, the largest and most successful voucher program ever implemented in the United States. People don’t think of Pell, a tremendously popular program that gives grant aid to low and middle-income students to attend college, as a voucher. But it is. While Paul Ryan has proposed freezing any future increases to the maximum award of the Pell grant program, even he didn’t propose decreasing the maximum grant, much less eliminating it. The truth is that a lot of conservatives like Pell both because it’s a voucher, and because it targets low-income students. And lastly, just like with loans, a lot of colleges, especially for-profits (beloved by Republicans), community colleges, and technical schools would all suffer tremendously were Pell to be cut.

When it comes to K-12 programs, the dynamics are similar. While conservatives don’t like the way that Title I grants to school districts are distributed and certainly want changes to it, the sheer number of schools that rely on the funding means it’s unlikely to be eliminated. The biggest change to Title I would be to turn it into more of a voucher-like program—but it isn’t going away.

And while Donald Trump has made inexcusable comments about people with disabilities, there’s no way that Republicans are going to use political capital to try to take money away from disabled students. If anything, they would try to make Individuals with Disabilities Education Act (IDEA) funds more like a voucher program as well.

But, even though these programs might be eliminated, Republicans still could theoretically try to eliminate the Department of Education and have other government departments administer the program. But that won’t happen either.

The programs won’t be moved either

Moving these big programs out of the Department would be expensive and likely lead to interruption of distributions. For those two reasons, it’s not going to happen.

The loan portfolio is the most obvious candidate to move, but it would be problematic. Some have mentioned that the Department of Treasury, which has more expertise in finance than the Department of Education and has more of a reputation for keeping costs to taxpayers in mind, might be a better steward of the loan program. Except Treasury has virtually no experience administering student loans. And a recent pilot study done by Treasury working with defaulted loans acknowledged just how different the student loan program was than any other loan program they’ve ever dealt with. And that was just on the back end servicing the loans, talking to individual borrowers. Treasury has no institutional knowledge of how to interact with schools, which they would have to do a lot of when issuing the loans.

To be sure, they could try to move all key personnel and systems over to Treasury, but as we learned in creating the Department of Homeland Security, moving agencies and personnel to new departments does not usually go well.

The problem is even more acute for Pell grants, since it’s not obvious where the program would be housed, and there is again a lot of interaction with schools. In a nightmare scenario, Pell and loans would be separated, thus forcing the two groups in two different agencies to replicate processes in issuing financial aid. That probably wouldn’t happen. The office of Federal Student Aid, which administers student aid, would all likely move together. But even then, the lack of policy expertise (or anyone even caring) about student aid in the Treasury Department would be a big problem.

On the K-12 side, things get even messier. What department is going to take on the task of working with states and local school districts to administer Title I and IDEA funds? The only other large-scale program that interacts with school districts is the school lunch program, which is run by the Department of Agriculture.

The Department of Health and Human Services runs Head Start, a pre-K program that distributes some funds to school districts and some to third-party operators, but if anything HHS has proven an odd fit for the program over the years, with some education advocates arguing that HHS is insufficiently focused on the education aspect of the program. There’s no reason to believe HHS would handle the large K-12 programs any better.

I suspect that state superintendents from both Republican and Democratic states would oppose the move. Not because they necessarily have any love for the Department of Education, but because it would be a headache and expensive for their teams to adapt to any changes.

It’s not going to happen

These programs are popular and though there are many flaws, all four are well-oiled machines, with a massive amount of bureaucratic inertia behind each. While a unified Republican government may attempt to curtail or modify the federal role in education, the Department of Education isn’t going anywhere.