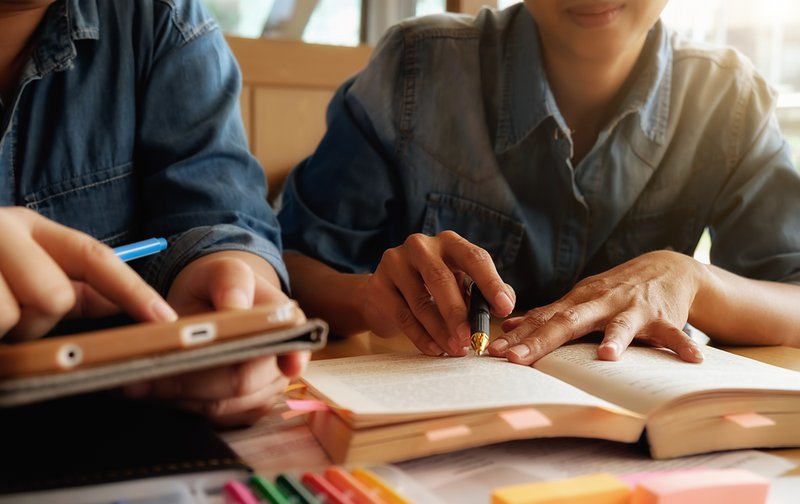 In 2010, as the majority of states adopted rigorous new academic standards in English language arts and mathematics, school districts began the difficult process of searching for and selecting new educational materials. Initially many looked, as they always had, to the education marketplace to meet their needs—they were left unsatisfied. The state of New York, however, charted a completely new path.

In a recent article, the Fordham Institute’s Michael Petrilli points to the math resources paid for by the state of New York as a roadmap for those looking to fill the need for high-quality curricular resources aligned to new state standards. He calls on education reformers and foundations to focus on curriculum reform, and to look to the story of the company that developed New York’s math resources—Great Minds—as an example of what should come next. Unfortunately, the map that Petrilli has laid out misses the mark. By focusing on a single education company, rather than considering the larger context of what’s been happening in New York, Petrilli overlooks what has made both the state’s ELA and mathematics curricula so successful.

New York made the decision to invest in open educational resources, also known as OER—the fact that these resources are free and openly available online is integral to the success of New York's curricula. Furthermore, the state's resources are also the first example of full PreK-12 open curricula. Finally, the ELA and mathematics curricula were the first high-quality, Common Core-aligned curricula available anywhere. Understanding this broader context is critical as education leaders, policymakers, reformers, and philanthropy consider how to improve the learning materials teachers and students have access to in the classroom.

When New York first adopted its new academic standards, the state used federal funding to pay for the development of new Common Core-aligned ELA and mathematics curricula. The state made these resources available on its new website, EngageNY. But they weren’t just made available for New Yorkers—the state released the materials with an open content license, which allowed states, districts, and educators across the country to use them for free. Just as important, the open license allowed users to modify and personalize the materials, adapting them to meet the specific needs of their students.

Though there are many OER available online, EngageNY was the first example of a full PreK-12 open curriculum. OER can constitute a wide range of educational materials, from individual worksheets and homework assignments, to teacher lesson plans, unit plans, and even full texts. They include open textbooks made available by organizations like CK-12 and OpenStax; supplementary resources that are searchable on platforms like OER Commons; as well as the OER being developed by over one hundred districts, and more than a dozen states, across the country for their students. It is a lot of work, however, to seek out individual resources and organize them into a coherent curriculum. New York did the heavy lifting, providing comprehensive sets of open educational resources in ELA and mathematics for every grade level.

These resources also addressed a need that the market was not meeting—the three major textbook companies had made few changes to their materials, despite the important shifts for instruction laid out in the Common Core. States, districts, and teachers were desperate for high-quality materials aligned to the new standards, and EngageNY met that need. According to a 2015 survey by RAND Corporation, 34 percent of elementary ELA teachers and 44 percent of elementary math teachers reported using the EngageNY curricula. Districts across the country that I have spoken with and visited in Kansas, Iowa, Nebraska, Illinois, Washington, and more have turned to EngageNY’s ELA and math resources. And states such as Louisiana have used these resources as a starting point, working with teachers in the state to adapt them to meet the needs of their districts.

But it wasn’t just that they were the only Common Core-aligned materials available—EngageNY is also high quality. A review of the EngageNY math curriculum by the nonprofit EdReports.org found that the resources were well-aligned with the Common Core—unlike the vast majority of proprietary materials that were reviewed. Further, a report by the Fordham Institute found that the EngageNY ELA curriculum is also strongly aligned with the Common Core (as well as uncommonly engaging). As nine district leaders across multiple states wrote in the Hechinger Report just this week, “Everyone wins if the market produces more high-quality materials, and open educational resources are helping to raise the instructional materials bar.” EngageNY demonstrates that quality is not necessarily tied to price.

Ignoring this larger context, Petrilli’s article focuses exclusively on the success of the EngageNY math curriculum, and on the company that developed the EngageNY math resources. New York did not create its curricula by itself—through a competitive process, the state selected and paid five education companies to develop these resources. One company, Great Minds, developed the mathematics curriculum from preschool through high school. New York required each company to make an openly licensed version of their educational materials available for free online, but each retained the federal copyright for their work. This provision has allowed each company to build upon and sell these publicly funded resources for a profit.

Great Minds provides a digital copy of its resources for free on its website, but it also sells printed copies of its mathematics curriculum, which it has branded as Eureka Math. In addition—as Petrilli points out—the company sells a digital version of the curriculum with enhanced features, as well as aligned professional development services for teachers. And according to the aforementioned 2015 survey by RAND, 13 percent of teachers report using Eureka Math in their classrooms. Great Minds does indeed show one option for business models using OER—providing enhanced services built on top of open content.

It is a tremendous mistake, however, to assume that the widespread adoption and success of EngageNY is reliant on the fact that someone, somewhere is charging for the materials—it is also not supported by any available evidence.

Policymakers, reformers, and philanthropists alike should certainly be paying more attention to curriculum—but should not overlook or dismiss the great work being done in states, districts, and schools to develop new solutions to meet their needs. And their innovative uses of OER offer an entirely new way of answering the question of how we solve for inefficiencies in the curriculum marketplace, rather than just advocating for new winners.